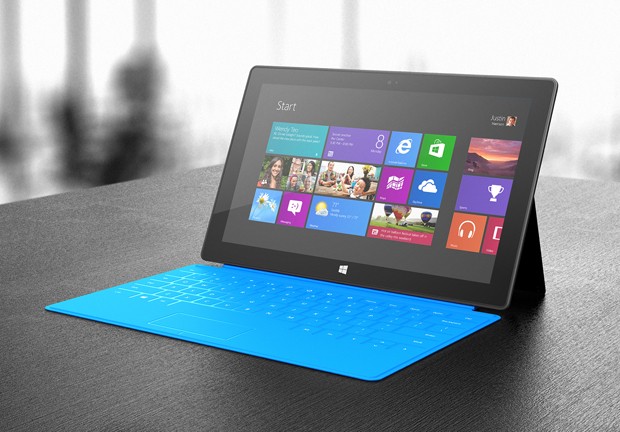 Microsoft’s doing the smart thing and cutting the price of its (fairly dreadful) Window Surface RT tablets by as much as US$150 (R1 500) says The Verge. From 14 July, US-based store, Staples will begin to sell the cut-price RT tablets. Here’s the new price, in print. It’s a brave move, and a needed one. The sales for Windows RT tablets have been dire (1-million during Q1 2013) and analysts have said that poor sales can be attributed to two things: the high price, and “limited hardware options”. Hell, we could have told you that a year ago. Windows RT was a lame horse just waiting to be put down. In our opinion, it’s one of the dumbest tablets ever made. Too heavy, too underpowered and too expensive.

But someone at Microsoft’s thinking about actually gaining, not alienating customers. We think it’s the new corporate reshuffling that’s produced this fairly competitive price cut. You’ll be getting the entry-level Surface RT with 32GB internal memory and no keyboard. The same Surface with keyboard will cost US$449 (R4 490).

The 64GB Surface RT (sans keyboard) costs US$449 (R4 490), with keyboard the price jumps to US$549 (R5 490_. We say stick with the cheapest surface, as the extra storage space barely matters in the long-term, what with so many cloud storage options available such as Microsoft’s own SkyDrive. Will the new price help push Surface RT into the mainstream? Is Microsoft suddenly cool again? The question is, would you buy one? If you live in the US and have a few hundred dollars to burn, the sales starts this Sunday, so get stuck in.