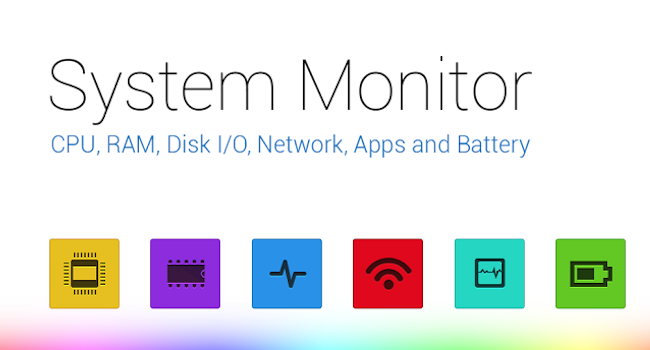 This article won’t matter to many of you, however, to the fellow nerds it will appeal to, I could not recommend System Monitor fervently enough. I can’t vouch for the depth or quality of stats available natively for TouchWizz and Sense users, but on my stock setup, this app gives me some invaluable information regarding my device. System Monitor is one of the most gorgeous, yet functional apps I’ve used on Android, and when you think of how many apps I’ve used (practically thousands), that is quite a feat.

So what does System Monitor do? It’s nothing overly fancy, or flashy, it simply gives you real-time information of what your device is doing. Open the app and you’ll initially be presented with a breakdown of your CPUs and their load and status (either active, or offline). This shows you how much of your device’s processing power is actually being used and which cores are asleep, should you be lucky enough to have multiple cores, that is.

Swipe to the right and you’ll be shown your device’s RAM usage in real-time, with the Disk I/O stats another swipe across. After those two (which I’ve not really found much use for to be honest as my OCD doesn’t quite stretch as far, but the next tab is the Network tab and it tells you your current through, receive and send speeds.

Next up is the Apps window which tells you how much CPU, RAM and Network traffic your apps are using, all of course in real-time. This have already helped me uninstall some very resource hungry apps as a result, default Facebook app, I am looking at you. You will also be able to see the CPU frequencies that your device has used, including deep sleep, so if you are experiencing bad battery life, this could help you figure out whether your device is sleeping soundly, or not. As yet you can’t see wakelocks (the biggest reason for battery drain on Android), but you will at least be able to rely on something other than the built-in functionality to troubleshoot your battery woes.

There is also a Battery tab where you will see a graph of your battery stats, and projected battery life remaining, to give you an estimate of how long you have to go before you need to seek a charger. The final tab is the Temperature tab and as you would imagine it shows you the temperature levels, as well as a short history of past temperature levels, in a handy graph, so if you notice that you’re device feels warmer while playing a certain game, you can satisfy your suspicions by checking this tab out.

That is just the core functionality of the app, and as you can see there’s a ton of it. Other fantastic features include Dashclock Widget extensions for pretty much all of them, you can also have “pop out” windows that hover over your home screens displaying the real-time monitoring of an app, while you’re actually using said app. There are numerous widgets you can add to your home screens as well, making it even better value for money. Sure it’s a paid app, there is a Lite version available as well, but it’s well worth it.

The app looks gorgeous, functions like butter and has no impact on your battery life, but instead provides a handful of tools to help you improve your battery life. You can change its theme from dark to light, or a blend of the two, adjust the time periods at which the monitoring should occur and run a background monitor to help isolate and determine a poorly coded or executed app. System Monitor is the best looking, easiest to use, most feature-filled monitor app I’ve come across and gets a big +1 from me. 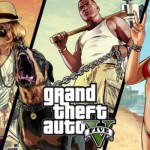