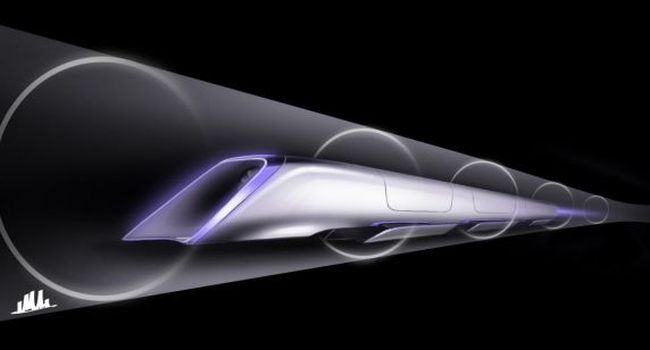 Elon Musk. Never heard of him? You should have. The fact that Elon Musk grew up here in South Africa means that as per usual, we’re going to claim some sort of affiliation with him. If he doesn’t sound familiar then read carefully, because, if you hadn’t heard of him in relation to Pay Pal, Tesla Motors and SpaceX, very soon you’re going to see his name everywhere. The reason? A crazy-ambitious project called: Hyperloop.

It’s a damn nutty project, I’m just going to put that out there. Shooting people, and possibly cars as well, through steel tubes in aluminium pods at speeds of around 1280km/h between two cities. It’s fast.

Musk is suggesting the Hyperloop as an alternative model for commuting between San Francisco and LA, and claims that the project will cost a mere US$6-billion as opposed to the high-speed railway that has already been approved to connect the two cities. The entire trip would take 30 minutes.

Only 30 minutes to travel approximately 600km or thereabouts. That is ridiculously scary. And cool.

Personally I’m both skeptical and amazed at the same time. Musk is claiming that this will be safer, less expensive and more convenient than the US$68-billion train that is in the works, which somehow seems unbelievable, at least in the expense category, claiming it will cost only US$6-billion to build.

Indeed, critics have argued that Musk is grossly underestimating the cost of the project, because he isn’t taking into account the legal requirements and the cost of the land, which contributed to the inflated cost of the high speed train. Combined with other factors such as the fact that towns along the rail route insisted they not be bypassed, means that the building of the train ended up being far more expensive than anticipated.

This could very likely be the case with regards to the Hyperloop as well, although it’s not really LA to San Francisco in 30 minutes if you keep having to stop along the way – my impression of this project is that it’s a single stop high speed journey. When you think of it that way, is it really practical to argue that none of the towns in-between shouldn’t have access to a high speed mode of transportation such as this?

The Hyperloop is designed (although I use this term loosely as the plans are still in prototype phase), to connect cities of 900 miles (almost 1500km) or less. With transport pods carrying up to 28 passengers or 3 cars, leaving every 30 seconds, the next question is safety. What if one pod derails? The next is a mere 30 seconds behind it, not leaving a large margin for error in the case of an emergency. Musk however argues that there is an emergency brake, and the distance between pods would be approximately 5 miles (about 8km).

Mounted atop thin skis with thinner holes in them through which air would be pumped to create a levitation effect, the pods will move inside steel tubes under low pressure, being propelled forward by magnets and an electromagnetic pulse.

The Hyperloop’s inventor argues that there are very few safety concerns because the system is immune to elements such as ice, fog, wind and rain. Additionally it’s not controlled by an operator, so with human error and weather removed from the equation, as well as taking into account things such as power outages, natural disasters and the like, he argues that the system is safe.

Musk of course announced this ambitious project and then stood back and claimed he was too busy with Tesla and SpaceX and wasn’t likely to build the Hyperloop himself. Not long after this he then indicated that he might start work on a prototype of the project and hand it over to someone else, and has released the Hyperloop Alpha designs as open source documents for the public to download.

He’s described the design as “a cross between a Concorde and a railgun and an air hockey table”. Fun as this sounds, this explanation makes me more than a little apprehensive when it’s applied to a huge metal contraption propelling me through the air.

Concerns aside, Musk also stated that he’s willing to put some of his personal fortune towards the project, which indicates at the very least that he has faith in the idea, even if there’s uncertainty around the viability of the project.

That said if he has no intention of actually building what he terms as a “fifth mode” of transportation (as opposed to boats, planes, cars and trains) then will others take the initiative and push this prototype to the next level? Or will this remain firmly in the realm of fantasy?

CNN provides a brief rundown of the Hyperloop

I’m betting that the Hyperloop, when it materializes into existence, will be one of the final stepping-stones before “alternative” modes of transportation.

The Da Vinci Institute proposes a bunch of cool new forms of transport. Firstly, it says that by 2015 gas-powered cars will start to vanish from the highways as hybrid and electric vehicles “take up the slack.” It’s an optimistic guess though, as other sites say that oil production will run well into 2040. The price of electric cars is also well out of the reach of most of us so until hybrids and the like become cheaper to produce, we’ll be stuck with petrol-engines for a good few decades to come.

Continuing with the transport prophecies, we’ll see the creation of the first “Space Elevator” in 2025, which the Da Vinci Institute says will fail, setting the industry back by a decade. Morbid stuff. Let’s talk about flying cars rather.

These cars, which have been in our mind since the heyday of The Jetsons. And by 2015, the future will again catch-up with us. Drones are now commonplace but soon they’ll be cheap enough to be used for delivering goods. As new engines are created, our perception of physics will have to change. Imagine the shift from rotary phones to smart devices, from dial-up to fibre-optic, from plain Pringles to Taco Cheese, the evolutionary jumps we’ve made in our time have been staggering. Musk’s Hyperloop is brave introduction to the future and his boldness to turn his dream into an open-source project should be applauded. Then again, the Hyperloop may never even take off, it could simply end up becoming the greatest White Elephant of all time. 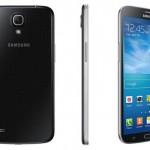