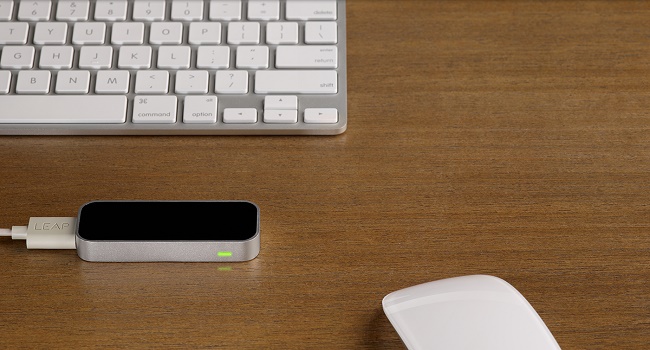 Leap Motion is onto something different, innit? Leap is a 3D motion-controller the size of an electric slug that works on PC or Mac. And yeah, the operative word is “works” because as incredible as Leap is (crowds gathered around my PC), it’s just a gimmick… for now. Allow me to explain.

Why do I say that it’s a gimmick? Because this US$80 (R800) device right now cannot replace the mouse as a Minority Report-style interface. I bet you all thought that when the Leap first came out, right? That you’re going to be swiping and swishing through windows to answer an email or check you Facebook status. You’d be thinking wrong there buddy-boy. While Leap is somewhat accurate once you get used to it, the controls are still too woolly to be labelled as user-friendly. Even after two days of intensive training, I’ve yet to wrest the Leap from its rubbery movements.

Part of this problem is down to personal expectation. I wanted the Minority Report interface, but the app provided that interacted with Windows 8 (Touchless) had my finger flying around the screen with like a drunken driver on ice. Moving an icon around with your finger is one thing, but having to click meant stabbing at the air and 99% of the time this meant that your finger would naturally move down. Accuracy be damned, we have air control!

Airspace is the home for all leap apps and it’s where I snagged my app from, along with Lotus (playing around with shapes and space, quite fun), Dropchord (a music game that is fiddly to control at best), Cut the Rope (didn’t load, sad face) and Coral Painter Freestyle which, when practiced with, was a blast.

This then is the strength of Leap: anyone can jump right in and start developing for it. And the blasted thing can be as accurate as hell. From the orientation screen alone, Leap detected all 10 of my fingers, the intricate controls of my fingers, my wrist as it turned and the position of my arm. When a friend moved their hand in, it was detected instantly.

That’s the power of Leap then. The hardware is there, the promise of a mouse-free future hangs in front of our faces. All the programming community needs to do now is grab it.

BlackBerry has the worst app store of them all. Statement sound correct? Well it’s wrong, and if you think that you’re dead wrong because it’s actually Leap now which has the worst app store. There need to be more free apps and there aren’t and it upsets me. I’m cheap, hell most of us would rather slice off a finger than pay 99-cents for an app. And the apps on Leap are mighty expensive, US$4.99 here, US$2.99 there, it all adds up. I haven’t taken the plunge yet, but I’ll buy a few apps when the full review comes out later this month. Of the free apps, there are only 19. And half of those are for Windows. The others are for that system that I can’t afford (but it’s a lovely system, just lovely).

A free app store also helps gauge user interest. Leap needs to push the free apps, and it needs to do it soon. But that won’t take away from the success of the device, as Leap pretty much sold out on day one of its release. Now that so many of us have it, perhaps the mind-blowing apps will slowly start to surface.

Is it as good as, or better than the Xbox’s Kinect, a technology which can be seen as the influence for Leap? Yup, not only is Leap more accurate than Kinect, it’s easier to use as well. Kinect had noticeable lag and was tied to some very poor games. Leap on the other hand bows to no man and as I said earlier, is an open-source darling.

So two days in, do I keep going or stop before the novelty wears off? I’m going to solider on, because I feel that after a few more weeks of practice I’ll have the combined air motion precision of a practised violinist, and Tom Cruise himself. 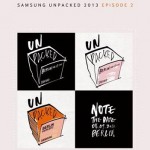