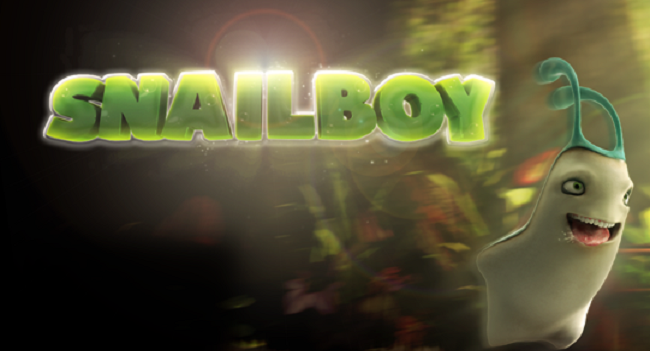 Snailboy: an epic adventure (beta version), a platform-puzzler from Cape Town-based mobile company Thoopid is mediocre fun. It has issues, like every other game out there (well, except for Infinity Blade II, that sucker’s perfect) but that didn’t stop me from having a fairly relaxed time as I flicked the game’s snail protagonist across the screen, collecting lumo-balls of slime and eventually, one of Snailboy’s many shells. The graphics are world-class for a mobile game, the sound is decent and the controls could be better. Also, the story is horribly presented and seems disconnected from the game.

Over the two to four hours it took me to finish Snailboy, I was equally parts frustrated and enthused. It’s still a fine way to spend a Sunday afternoon though, but it’s in no way an epic adventure, unless epic means going from one samey-looking level to the next. Hopefully in the finished version, the levels will stand out more from each other. But let’s begin with the good, namely the graphics which are gorgeous to behold, but too similar on a level-to-level basis to leave a noticeable impact on me.

Snailboy’s a feckless wonder: his shells were stolen by the Shadow Gang, which never shows up in-game for some odd reason, and the now slug needs to grab each shell across the nine themed levels. Each level is made of five stages with a glowing goal at the end. In each stage, there are ten slime balls that need to be collected for collecting’s sakes (and to purchase goodies at the store) and obstacles to avoid. 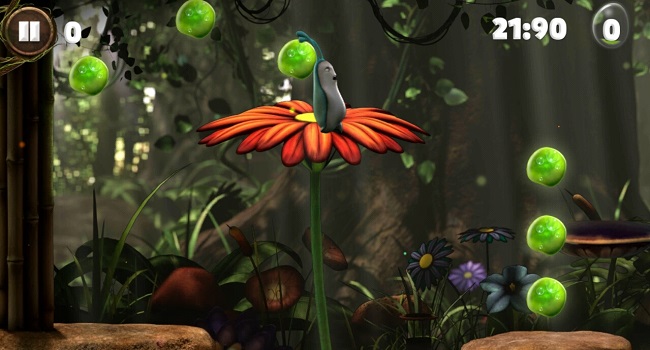 There’s a unique control method that takes a lot of getting used to before you’ll be proficient with it, or maybe my 34-year old fingers are just not as fast as they used to be. Controlling the slug means touching him, pulling back and aiming at a target, akin to Angry Birds. Snailboy can also be flung at a wall, which he sticks and slides down until you tap him to pause him at a certain spot. Now, Snailboy can be flung from a wall position, but for some inane reason the flinging controls become 50% less responsive in this case.

Then there’s the slap feature. If Snailboy’s on a level surface, he can be slapped (slide your finger left or right anywhere on the screen) to move him in your desired direction. I could never get this right. I always slapped him off the ledge and into a quick death. I ended up bypassing the slap feature altogether, opting to concentrate on improving my flinging skills instead. In other words, the slap feature is all but broken.

What grabs me, even from the very first screens are the graphics, which look hand-painted. These are some of the slickest, most well-animated levels and characters I’ve ever clapped eyes on. The creative team at Thoopid (and it’s a very small team) should be commended for creating the liveliest shrunken world on a mobile screen. Not since The Smurfs (the classic 80s cartoon version, not the awful film) have I been so sucked into a fairytale world of tiny people doing tiny things. Kudos to you, Thoopid.

Everything animates beautifully as well. Bees convincingly buzz, horned bugs skitter across the screen and light beams in from the forest as Snailboy bounces and slides around. It is sublime for lack of a better word. The downside is that each of the nine themed levels look mostly the same. But then, it can’t be easy to create a plethora of variety from one garden setting. Snailboy also looks roughly 50 times better on a tablet then it does on a four-inch screen, as the tablet gives the art plenty of room to shine.

Snailboy’s trying to be two different genres in one, as evidenced by the flick-to-move nudge feature that is about as precise as a bull in a China shop. Firstly, it wants to be a platformer but if that’s its goal then Snailboy falls flat on its face. Snailboy will sometimes (especially with rounded ledges like mushrooms) fall straight through instead of landing on the edge that you direct him too. If Snailboy wants to succeed as a platformer a la Mario, then it needs precise hit detection and it’s sorely missing out in that department.

Take the spikes for instance, why does Snailboy die when flung into the flat, non-spiky side of a thorn? It’s senseless punishment and compounds the difficulty of the later stages to no end.

Or is Snailboy a puzzle game with Angry Birds controls transposed over its gorgeous graphics? Yes and no. For a puzzle game to succeed, it needs to have controls with pinpoint accuracy. I like to reference the original Gameboy Tetris for this, which had the tightest controls for any puzzle game, of all time. Games advanced, graphics got better but Tetris is my benchmark. Snailboy of course, falls way under this. Not drastically, but the controls are never 100% and that’s irksome.

No reward at the end of the day

One more thing: there’s no reward to keep me going as a gamer. Snailboy never gets power-ups, or new gaming mechanisms. The game spans near 50 levels and each one might as well play the same. In the later levels there are some bugs to avoid but it’s boring, and the bugs only serve to frustrate. Each level, if it’s to be three-starred (another Angry Birds/Cut the Rope carryover) requires the player to grab 10 juicy orbs. With the controls sometimes working against the player, and with no ability to pinch-to-zoom (this makes some levels almost impossible to complete), I quickly lost interest. In lieu of pinch-to-zoom, there’s a touch-to-pan feature which makes a massive eyeball appear under my finger. I can then pan around the level, but man I needed pinch-to-zoom. 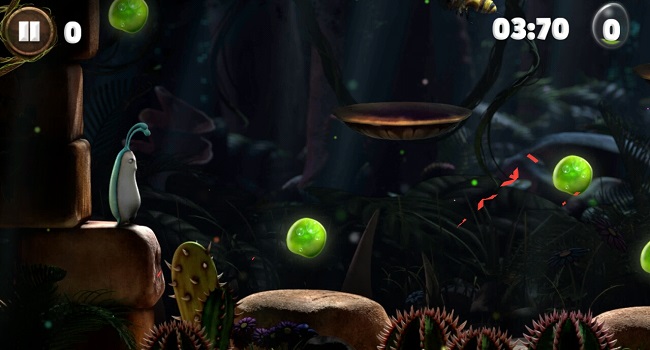 Sadly, this is why it took me four hours cumulatively to finish Snailboy, as I would only play it in short bursts. I needed that hook and when I finished the game, I was left deflated. Sure, there’s a store to purchase ancillary items from (skins, art assets and more), but it doesn’t extend into the richly detailed game Thoopid has so lovingly crafted. Again, I hope that the finished version of Snailboy has more to keep me going as a gamer.

Verdict: I tried my best to love Snailboy, but I didn’t. It looks and sounds spectacular, but there’s very little meat in this dish. If played for a few minutes everyday, Snailboy is harmless fun. Extend that session to half-an-hour or more, and the sheen starts to quickly dull. You have to admire the work put into it, but the gameplay can’t live up to the expectations the art and sound so richly uphold. Maybe next time.

I played the final Beta version of Snailboy on my LG Optimus G and on an iPhone 5 (supplied by Vodacom). Snailboy will release sometime in September for Android and iOS. You can find out more by visiting Thoopid at its official site or Facebook page. Features that are still to be included in the full release are: 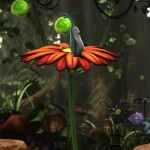