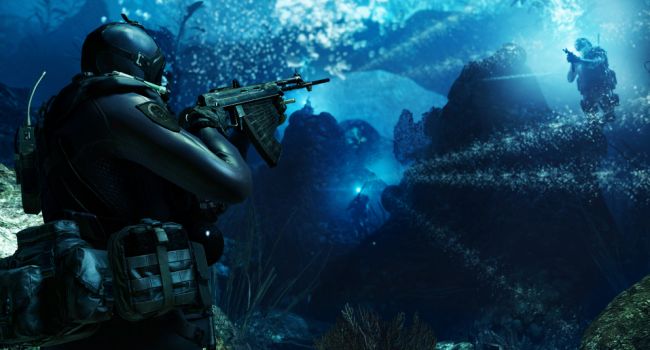 Here it is, the Call of Duty: Ghosts online multiplayer has been revealed. It was teased for a few days, now it’s over and it looks frantic. Here’s the video and our take on this familiar but nicely tweaked online component for Call of Duty. We had this teaser trailer that revealed close to nothing drop earlier this week, but now we’ve got the real thing.

This is the full 1:30 presentation. We’ve included the multiplayer reveal video below
That’s the stuff…
What you need to know

There was a lot to take in. And a lot that had to be ignored. But this made us stand up and take notice, this image shown at the end of the video reveal: Yes, a female solider. It’s just a skin, but COD: Ghosts will give her different stats based on that. It’s good to finally see this, despite the fact that it only took the COD franchise close to a decade to add female soldiers in.

There’s more, just “more” of everything. The keyword of the evening was “MORE” in capital letters. Is more content a bad thing? COD is now just a Madden or a FIFA. Every year there’s a new iteration and only the most hardcore of fans would appreciate the tiny details. Sure, the graphics and audio change, more players are added but it’s practically the same game we’ve played for years. Just, “more”. Over 100-million players aren’t complaining though. Activision said that this was the number of active players in the COD network. Will the new dynamic maps (which Battlefield has had for years now) shakeup the gameplay? It’s evident in the video that blowing up walls makes a difference, but is it too little, too late?

The first “more” and perhaps the most important addition are the onscreen changes you can make to your player. You can change appearances and apparently this is more than physical as each change to your avatar will affect your characters stats. Activision says that there are over 20 000 possible combinations to experiment with.

The newer modes also promise to offer some much-needed flavour to the COD stew, but these two stood out for us: Squad Mode looks to add tactics to an otherwise arcade-style game. It’s squad-based, but can be played solo or online. Your squad can be challenged, even when you’re away from your PC. We’re guessing that the AI fights for you. You build your squad, level them up and be the best you can be.

The squad mode, will it play nice with the new Clans feature? You’ll join a clan and fight in fortnight-long battles against other clans. Winning means rewards for your team. In fact, every kill’s experience is added to the overall team score. Whatever you do, your clan wins. All of this, everything you’ve read so far ties into the mobile apps for iOS and Android.

The updated mobile app, which Activision is going as far as to call it a “second screen experience”. It’s a free app, but it’ll need to be used with Call of Duty: Elite if you’re going to want the full experience. Elite is the hardcore stat side of COD that tracks everything. Every bullet fired, every body felled, and it’s fairly easy to get to grips with. The new app though, it’s a corker. From the app, you’ll be able to edit your squads, join and leave clans, share match victories on Facebook (why though?) and “more”. What I like about the app is that you can now hand draw player embalms in a very Photoshop-lite like environment.

Cranked, the mode that makes you superhuman after each kill, looks to be an instant hit. After killing a player, you become stronger as the game rewards you with perks, special loadouts and more. But after each kill, the 30-second countdown begins. When the buzzer hits zero, you explode. The only way to keep going is to kill. From the videos we saw it looks insanely frantic.

Death streaks have been dropped, and the amount of air-based killstreaks has been drastically reduced. And just like in Black Ops, you can unlock any perk, weapon or item from any level, as long as you have the requisite Squad Points to purchase them. One of the killstreaks even let’s you control Riley, the dog of COD: Ghosts. Who’s a good boy?

There’s 30 new weapons and a new class of firepower, called “Marksman Rifles”. Remember the old-school rifles from earlier CODs? Yeah, just like those. Aim down the iron-sights and pow, insta-kill. Activision says this “bridges the gap between snipers and marksman”. Bloody campers. One of the killstreaks (of which there are now 20 new ones) let’s you control a Juggernaut. 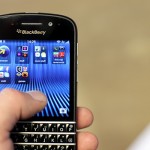