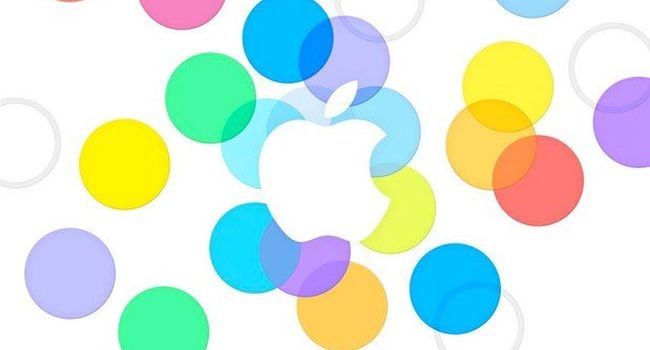 Today at 7PM (South Africa), Apple’s going to launch the iPhone 5S and 5C, according to almost everyone, everywhere. Photos have leaked, specs have been revealed and, as for the launch, there won’t be much in the way of surprises, unless Apple decides to launch the iWatch, which I don’t think it’s ready for yet. Let’s get the rumours straight though, cut through the swath and present the facts, as much as I can of course. Everything is utter nonsense until the event of course. Gold phones, fingerprint scanners, whatever. With enough digging, anything can be made into fact. Some rumours have enough fact behind them to push them from “whatever” to “it’s happening”. Here’s how the iPhone 5C and 5S came to be over the past year:

I have no idea why this is such a big deal, but it matters because Apple says so. And maybe for you, it’s a big deal as well.

We wrote about the golden/Champagne iPhone 5S and rumours point to a firm “yes” as in “yes, it’s happening”. One of the primary reasons is this: that a gold-coloured phone is the easiest to manufacture. Funny that. iMore’s editor of Mobile Nations, Ally Kazmucha, said that gold is the easiest colour to anodize onto the iPhone. The toughest colours to produce are black and white, so hopefully golden iPhones won’t over-inflate the egos of too many new owners.

Another reason for a gold-coloured phone’s existence can be chalked up to aftermarket customers. We wrote about the fact that a gold-coloured cover is a desirable aftermarket accessory for iDevice users, especially those in India. So Apple’s making it easier for us with a champagne iPhone. After all, it wouldn’t seem unreasonable that Apple wants to have the last word on gold-coated devices. So gold, along with white and black, is in.

Can’t put my finger on it…

A fingerprint reader in an iPhone, why? Because if Apple can make it fun and easy to use, the world will gulp it up. And guess what, this is one rumour that will be bathed in the warm light of truth. Pictures were recently unearthed that show off the 5S in its box, and there’s a silver circle around the Home button. That circle is the fingerprint reader. Now, Apple has a trick up its sleeve, called Authentech. This is a company that Apple reportedly purchased for US$35-million. A company that specializes in fingerprint scanning technology. The iPhone 5S, if it has a fingerprint scanner, won’t use the camera to capture an image of the print. No, it’ll use the metal ring around the camera lens as a RF field attenuation to “map” the fingerprint to a matched image on file. That’s the theory at least.

The Wall Street Journal and box shots “confirm” the fingerprint scanner. There’s also a rumour that an Android phone with fingerprint scanner, destined for non-US markets, will make an appearance this year. This is of course spurred on by the iPhone 5S. Ah, competition.

Forget about the rumours for a second. Do you need another iPhone? Of course not, but Apple’s going to give us two new iPhones anyway. So what’s in a name?

The iPhone 5C is going to be Apple’s budget smartphone. And by budget, I mean that you most likely won’t be able to afford it anyway. The Guardian reported that the iPhone 5C will be in the US$450 (R4 500)-US$550 (R5 500) range which is a mid-range price for a smartphone. The same report also muses on the “C”, which we firmly believe will be for “colour”. Reports say that the iPhone 5C will be in strawberry red, blue, lime green, yellow and white and that should “brighten everyone’s day” (the slogan of the Apple invite).

As for the hardware (which everyone is seemingly glossing over), the 5C may have a 4-inch display, an 8MP camera and will run iOS 7. Yes, iOS 7 is software but without it, the hardware does nothing. It may be slow though, as reports have pointed out that the 5C will run on “recycled” iPhone 4S hardware. Could we be looking at an updated version of the dual-core, 1Ghz A5 CPU of the 4S? It’s a likelihood. Hotness
iPhone’s 5S is the star of the show. And very recently the specs of the 5S were unceremoniously leaked onto the internet. Slashgear ran this story, with images of Chinese Apple marketing promotion embedded into the story.

The iPhone 5S may have a dual LED flash, an 8MP F2.0 camera that can record at 120fps (that’s slow motion), and a 1.2MP front-facing camera. Battery life looks to be impressive as well, and the leaked info sheet claims 250 hours of standby time. Most of the other specs are the same as the iPhone 5, so nothing really to get excited about.

If you are excited, and you should at least marginally be, follow our live blog tonight at 7PM. It’s going to be a hell of a flashy show at least. 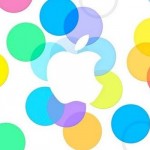