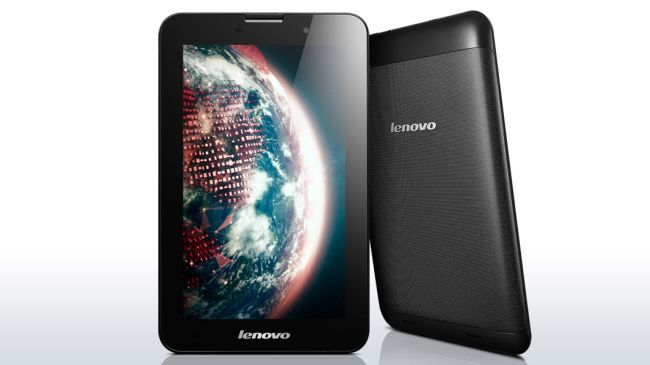 When it comes to tablets, I’ve always been a bit of an Apple snob, but things are definitely changing and Android is making big strides in this market. Lenovo has just launched its latest range of budget tablets, the 7″ Lenovo Tablet A3000 (R2750) and 10.1″ Lenovo Tablet S6000 (R3900) Both were released earlier this year to the global market, and are only available now in South Africa. And both are budget tablets, built for work and bursting with charm. What I see is a big gap in the market and unlike Apple, the Lenovo tablets are pretty well-priced and could be a real game changer in terms of infiltrating tablets into the work place.

The slogan “built for work” is what guides Lenovo’s budget tablet offerings. Yes, the iPad is a fantastic device, beautiful to look at, but is it really a work-orientated device? Yes, if used correctly, but a lot of people see it as an additional screen, not necessarily a work tool.

Many businesses understand the need to equip staff with tablets, but just don’t have the budget to fork for costly tablets. Although not ‘”cheap” the latest Lenovo models are a lot more affordable and compete with all the specs of their Apple and Samsung comparisons.

The specs are nothing short of competitive

Operating off Android JellyBean 4.2 the, 10.1″ Lenovo tablet is thin and light, barely over a third of an inch thick and weighs in at 560g. And no they didn’t compromise quality – the device is sturdy and solid.

Although the price is highly competitive, it still exudes a feeling of premium, not cheap and nasty. Considering that the tablet comes in both 7” and 10.1” I could see it competing with iPad and iPad mini.

The new Lenovo tablet provides a smooth experience for most common activities; web surfing, checking your email (even with Outlook which for me is a bonus), typing up a report in Word, opening up programs and streaming music. The image and video quality is as sharp as you can expect with good contrast and brightness, although the camera is not as mind-blowing as some of its competitors.

Although small, this device packs a punch and delivers a decent work area at a usable size. One of the biggest draw cards for me is that the S6000 comes with a USB port. Another added feature is that it comes with a built-in stylus. It’s nothing new, but I cannot count the number of times I have needed to sign something and my iPad doesn’t allow me to. Most of the time I have to go download an app,  which I keep forgetting to do.

Not for everyone but it has its place

I can’t see the million-strong iPad users switching over to the Lenovo, but where I do see it coming into play is in the budget market. Every device has a specific niche and this latest Lenovo tab fills the gap in the low-end space.

For the average employee, this type of device can really add value to daily functionality – especially for those on the road or constantly out of office.

Yes it has its flaws, but when comparing the price and functionality one needs to decide what the tablet will be used for. If you’re looking for a hard-working tablet device for your workforce that isn’t going to break the bank then the Lenovo should fall onto your radar.

Check out the full specs below: 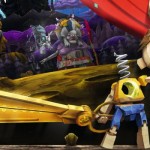