Waking up to stories like these make us doubt our sobriety. According to a report by Bloomberg, HTC and Microsoft are in talks to add the Windows Phone OS to HTC’s line of Android smartphones.

Microsoft’s head of OS’, Terry Myerson, reportedly asked HTC last month if Microsoft could run Windows Phone as a “second option” on HTC devices. Myerson even discussed the option of removing the licensing fee per unit. That alone would significantly cut the cost of any Android/Windows Phone hybrid. Those familiar with the source information said that cutting the license fee is Microsoft’s way of incentivising HTC — that, and the money to be made from this Franken-phone.

Android is currently dominating the smartphone market according to research outfit IDC. Android is sitting on a healthy 79% market share, Apple 13% and Microsoft 3.7%. It makes sense to climb on board with the leader of the pack.

So what are the options then? A cheaper HTC One running Windows Phone, or a dual-booting Lumia? In light of HTC’s struggles, it would make sense if it let Microsoft inject its OS into the ailing devices. HTC recently posted a net loss of US$101-million, said CNET. This is HTC’s first loss since 2002 as it deals with operating losses, poor HTC One sales and everyone going bat-sh*t crazy for Apple and Samsung smartphones (Samsung is the top Android phone seller, HTC is number eight on that list according to IDC).

Neither Microsoft or HTC has commented on this report. Everyone likes surprises though, so let’s wait out the rumours and see what happens. 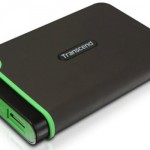