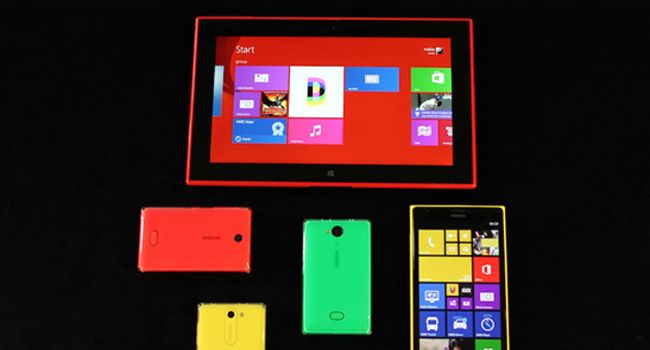 This morning it’s all about Nokia. Later on, Apple’s going to try and capture some of that gadget magic we crave. Nokia’s going to show us a new super-sized phone, Apple’s going to punt refurbished tablets. But you came here for Nokia news, and the Finnish company has delivered. From Nokia World, live in Abu Dhabi earlier today, Nokia launched “the next generation of Nokia innovation”, namely three new Ashas (the 500, 502 and 503). It’s also catered to the phablet market with the 6″ Lumia 1520 and the “for the youth” 1320 (also 6″). Finally, it announced its first tablet, the gorgeously made Lumia 2520. Asha 500
“Bold colours that have defined Nokia are now sealed under an icy exterior.” A handsome start to the presentation by former Nokia CEO Stephan Elop (soon to be executive vice president at Microsoft). The 502 and 503 now have a camera with flash, and for this highly inexpensive range of phones, it’ll be a game changer. It’s a double-tap to wake up the device and a slide up to access the camera. A combination of Samsung and Apple ideas there. Switching modes is with a swipe, right to gallery, left to video camera. “One click to capture, one swipe to share.” Asha 502
There’s a one tap sharing option as well. Nokia still has that weirdly named Bluetooth Slam as well. And now, it’s possible to share images over WhatsApp which is far handier than you think it is. WhatsApp is coming to Asha next month, with the “same features that you’ve come to love”. Again, this will change the way we see the Asha. WhatsApp will soon become the default messaging app if it carries on like this. WhatsApp also said that it registers over 250 000 people daily, spread over every Nokia device.

Fastlane, the content timeline for Asha, has been updated to be “even better”. It’s now contextual, with further privacy options and is “more personal”. “The same gentle curves and it feels so gentle in your hands,” said Elop. He promises us that this six-inch phone has a “beautiful screen”. For the first time, and because the phone has a giant display, there is a third column of Live Tiles. The Lumia 1520 has a “brilliant imaging experience”, a 20MP PureView camera with optical image stabilization. There’s a new camera app, Nokia Camera and is “the world’s best camera interface”. The camera has different camera modes — camera and video were demoed.

Camera was demoed in smart mode and has the Asha’s one-tap for image capture. Other modes included sports and the pro camera UI, first seen in the Lumia 1020. The settings slide out and are easily adjusted from the side. Nokia demoed this by focusing with one slider, and adjusting the light with the ISO setting. Very cool and intuitive stuff. But hot damn, does the 1520 look enormous. Then, Nokia demoed its new app, Story Teller. Like with Samsung and LG, Nokia’s now offering a way to document our lives through video and images. It’s all done automatically, so Story Teller will do the hard work for us. It geo-tags locations, pins them to Nokia’s mapping software and seems to turn an ordinary life into a journey. Nokia went into perhaps too much detail with Story Teller, focusing on the app side over hardware. How very Apple of them. The Lumia 1520 will have 32GB internal storage, with an expandable microSD slot which will be handy for all the videos we capture. Also, Instagram and Vine are coming to Windows Phone. That’s some hot news right there.

Nokia’s 1520 has a camera that’ll make us smile. It’ll “let us capture the night as we see it” and boasts some impressive low-light capabilities. The phone, thanks to its larger format, will be easier to use with the mobile Office app. It looked great in practice and on the 6″ screen it’ll be a pleasure to use, we hope. SkyDrive now offers 7GB free storage, thanks Microsoft.

Some CPU news: Nokia demoed Temple Run 2 running off the Nokia 1520, as it wanted to show off the new Snapdragon CPU. Why that game then? What was a little cooler though, was Nokia’s new screen-sharing app called Beamer.

The Lumia 1520 will cost US$749 and is coming to Hong Kong, Singapore and the US. It expands to other European markets “soon after” and comes in orange, yellow, black and white. The Lumia 1320 will cost US$339, and rolls out in China, Vietnam and “other markets” in orange, yellow, black and white.

It was codenamed “Sirius” and it’s unbelievably, a real gadget. “A natural extension of the Lumia family, it’s the Lumia 2520. Tablets are about consuming content. We’re looking to shift trends.” and other buzzwords were thrown around until specs got a mention. With a unibody design, it will feel great in your hands (“people hold tablets from the edges”) and will “connect anywhere.” There’s LTE and wireless, and the content has a great, readable custom display. The 2520 has the highest peak brightness and lowest reflection of any tablet. You can read in the bright sun, or inside without the glare. The Gorilla Glass screen, when compared to the other tablets on display, looked stunning and clear.

The Nokia Camera app is coming to the 2520, and the sample images from being out and about in Abu Dhabi seemed excellent for a tablet. It’s because the Carl Zeiss camera has a 6.7MP rear camera and 2MP front-facing camera. Nokia demoed Story Teller via the TV-out option on the 2520, and on this large screen the app certainly impressed. Nokia carried on with Story Teller, showing how cool, amazing and life-changing (it’s just an app) it is. It was a little embarrassing. The specs of the 2520 are anything but.

It’s a 10″ tablet with a 1920×1080 display and it runs Windows RT 8.1. The 2520 has a 2.2Ghz Snapdragon 800 CPU, 32GB internal storage (expandable) and 2GB memory. As for cost, it’s priced at US$499, with a keyboard attachment called the Power Keyboard priced separately at US$149. The Power Keyboard gives the 2520 five extra hours of battery life, has two USB ports and makes the tablet damn chunky. It looks great and is cheaper than the Surface 2. Nokia may just be onto something here. There’s a lot more to read on Nokia’s blog, Conversations. 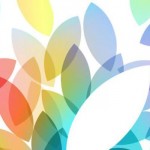