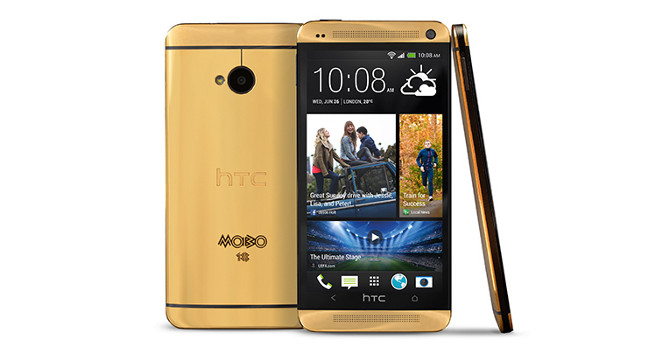 HTC loves bling. Handing out a Golden record to publicize artists’ sales achievements is so old school. Today, rock stars get golden phones instead. Behold the Gold HTC One — a smartphone that’s actually made of real gold. More specifically, its front and back are made up of 18ct gold with a MOBO logo etched on the back.

There will only be five of these bad boys roaming the world, each will set back the lucky owner US$4420. Unless you’re the winner of MOBO’s Best Newcomer of 2013. The Gold HTC One is produced in celebration of the 18th (note the 18ct) Anniversary of the MOBO (Music of Black Origin) Awards which is sponsored by HTC.

Needless to say, this is the most expensive smartphone ever made by HTC and was crafted in partnership with Goldgenie who’s also behind the Gold iPhones.

About a month ago we already got an indication of an upcoming HTC One wrapped in gold when a Sina Weibo user posted some pre-production images online. Then we also saw that Goldgenie has already made a Gold HTC One 24ct together with a Platinum and Rose Gold available on its site.

The special MOBO 18 laser etched logo on the back is exclusive to this limited edition model. Phil Blair, HTC President, Europe Middle East and Africa said:

“The best artists have always been given gold discs to celebrate their success, but today most people listen to music on their phone. We wanted to celebrate that fact. The award-winning HTC One is the gold standard in mobile design and innovation, so it was an obvious choice to make it even more special.”

Well maybe there is still a slight chance you can get your hands on this special edition. “We’re sure the winning MOBO artist will love their unique phone and we will even be giving a lucky member of the general public the chance to get their hands on one soon too,” said Blair. 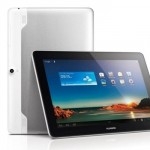