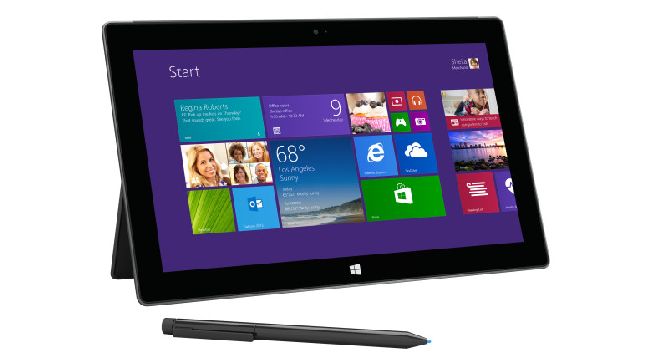 Apple and Microsoft are renowned for being rivals in the personal computer realm and as both companies introduce new products to the market, the quiet feud between both hardware makers is set to explode. Or deflate, if Surface 1 sales are anything to go by.

If you’re into tech, no doubt you heard Apple making noise about their new iPad Air, and it’s sitting in direct competition to Microsoft’s new Surface 2 which on paper is a big improvement from their previous Surface tablet.

There are a number of factors to consider here, and the first of these is display.

Apple’s new baby is sporting an A7 chipset, 64 bit, running iOS7 and Apple are claiming that it will be eight times faster than the previous model.

Microsoft are running NVIDIA’s Tegra 4 chip and running Windows RT 8.1 (on the “starter” Surface). The original Tegra was plagued with under-performance issues, and hopefully this won’t follow that pattern, but the other side to that is although Windows is more complex than iOS in terms of customisation, multi-tasking can quickly get out of control and bog down your device.

Apps of course are always the driving factor when it comes to choice in operating system and you can’t argue that the iTunes store has an impressive selection (over 1-million), making the Windows selection look rather pathetic in comparison. Still, Microsoft is growing its store and the Windows 8.1 overhaul looks tasty enough, with all the necessary apps, for now.

Cameras have become an increasingly important part of the tablet market, although I still don’t really understand the appeal of tablet photography personally. I was surprised to see the iPad Air still with a 5MP 1080p camera however — I would have expected an 8MP at least. It also has none of the features of the upcoming iPhone 5S and it’s using the same processor, which seems somewhat odd to me, as well as no LED flash, which is rather poor. Front facing camera is 1.2MP 720p. Battery life is much the same. You’ll possibly get slightly more out of the iPad Air with its 32.4Wh battery compared with the Surface 2’s 31.5Wh, which will, depending on usage, give you about 10 hours versus 8 hours respectively.

Another major factor will always be storage. The iPad Air comes in 16, 32, 64 and 128GB models, all increasingly expensive and as is Apple’s way, with no option to upgrade the storage in any way. The Air starts from R5000 (US$499).

Both models of course include WiFi, but again Apple requires you to buy and connect any number of adapters to be able to take advantage of things like screen mirroring and USB connectivity among others.

Verdict: On paper, the iPad Air looks to be the superior model at this stage in terms of display and processing power, but the Surface 2 edges ahead when it comes to connectivity and camera features. 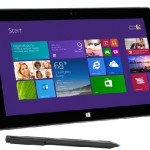