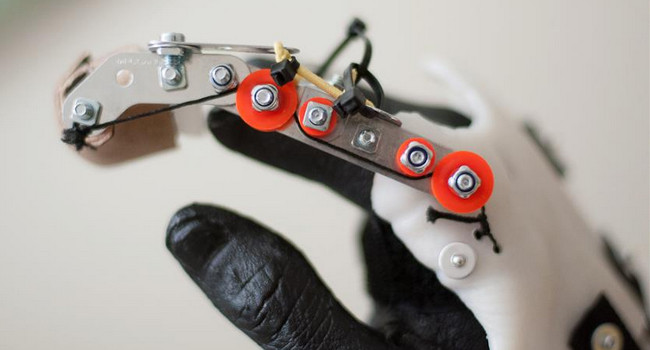 Commercial 3D printing has benefited us a lot in the past two years. From creating art and toys to replacing broken doorknobs or backscratchers. More recently, and more beneficial, 3D-printers have played a significant part in helping us create low-cost prostheses. Robohand is a prosthetic hand that was designed by Richard Van As from South Africa and Ivan Owen from the US and has changed people’s lives across the globe.

Van As and Owen started the 3D printed prosthesis project in January 2013 after which the 3D printer company MakerBot caught wind of them and decided to donate a MakerBot Replicator 2 to the cause.

CBS News recently covered a story about Paul McCarthy who wanted to find an inexpensive way of getting his child a prosthetic hand. His son, Leon McCarthy, was born without fingers and has recently received a 3D printed prosthetic hand. This came after Leon’s father discovered a YouTube clip that showcased a cost-effective alternative.

By cost-effective we mean it costs roughly R100 (US$10) for the filament used to 3D print the robotic prosthesis as opposed to thousands of dollars. The Robohand’s instructions and design can be found on Makerbot’s website which is dedicated to open-source 3D printed design files from Thingiverse .

McCarthy only had to pay for the materials used for the process, and holds no patents for the design. Though 3D printers are still a bit pricey, McCarthy used a 3D printer from a local school.

The prosthetic hand uses wrist movement to work, and by moving the hand downwards it causes the fingers to close. The precision the user has manoeuvring their fingers is quite remarkable.

Showing the importance of 3D printers and open-source initiatives, another boy who benefited from this initiative, named Liam, is shown picking up coins and throwing a basketball:

Robohand is not the only 3D printed prosthesis that is making the headlines recently. As covered by Engadget, a nominee for the problem-solving James Dyson Award going by the name Handie was showcased at Tokyo Maker Faire recently. Although being priced at around US$400, the 3D printed prosthesis is still very cheap considering traditional alternatives. Unlike Robohand, Handie uses a smartphone app and automatically detects objects.

For a more in-depth story on Richard van As: 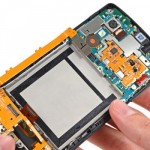