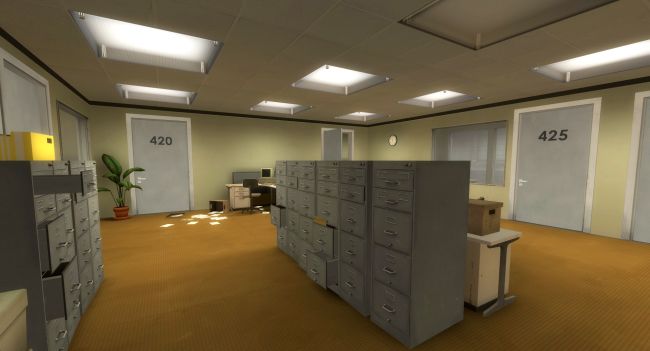 Games are an extremely potent and immersive means of conveying stories. Lately, it rings more true than ever. A lot of the latest AAA titles manage to achieve a decent balance between mind-blowing action and a captivating, in-depth storyline. But there is a new world unfolding within the gaming industry, a world where the story is king and the game play is nothing but a medium of experiencing this tale. Two games have been born from this world, Gone Home and The Stanley Parable. One gives a dramatic and emotional look into another person’s life, the other is a pleasantly odd mixture of the humorous and unusual.

Gone Home is a point-and-click story exploration game developed by US-based indie developers, The Fullbright Company. The developing team consists of four members, three of which previously worked on Bioshock Infinite (2013). It was a finalist at the Independent Games Fest 2013 for “Excellence in narrative” and it received an honourable mention for its sound design.

The game takes place in June 1995. You play as Katie, the eldest daughter of the Greenbriar household. You’ve just returned from a year abroad in Europe and can’t wait to see your family. But as you walk up to the front door you find that it’s locked. There’s a note pinned to the door. It’s addressed to you from your younger sister, Sam. One sentence reads: “:”Don’t go digging around trying to find out where I am.” After looking around the front porch for a while you finally find the spare key. You make your way into the house. As you walk around you realise nobody is home, though it seems someone was here just moments ago. You start to rummage through the rooms, boxes, closets and drawers. Slowly you start to uncover the events and secrets of the past year and ultimately you discover the answer to your family’s mysterious absence.

Gone Home’s potency lies within its ability to make us relate, achieving an emotional depth not seen in many games. As you explore the house you are overcome with feelings of familiarity. This could have been your house, your friend’s house, my house. The narrative is filled with sensitive and dramatic themes. There are a few stories to discover but the main one belongs to your younger sister, Sam. The story itself isn’t that unique but it is extremely well written and executed, with strong emphasis put on evoking a powerful emotional impact within the player.

At its core Gone Home is more of an interactive story than a game. There are a few puzzles to solve and some of them are quite challenging. You are able to pick up most objects and inspect them, this sometimes being necessary to unlock the rest of the story. You don’t actually do much more than pick up things and inspect them, making the game play a bit repetitive. The game is short, only amounting to about 2 hours of game play. With no sprinting option it is also very slow-paced but this gives you the time to soak up the artfully crafted atmosphere of the virtual environment.

Admittedly, Gone Home is not a game for everyone. If you look at it purely as a game, it’s boring, depraved of action and lacks the standard of entertainment set by most of the gaming industry. But when looked at as an interactive exploration of a narrative, it’s exceptional. It doesn’t try to improve on an already overly used formula but aims to create a new one. It proves to us that games don’t need to be violent or filled with action to be poignant. Gone Home reveals a new way of gaming and has the power to broaden the gaming industry’s audience. I wonder what The Fullbright Company has in store for the future?

Eccentric, strange and utterly pointless. This is one of many ways I can describe this game and I mean it in the best way possible. The Stanley Parable is an “experimental narrative-driven first person game” originally developed and released in 2011 by Davey Wreden. Since then it was remastered in high-definition, story elements were added and was re-released in October of this year by Galactic Café (Davey Wreden and William Pugh).

You play as Stanley, a small and insignificant gear in a large corporate machine. Stanley’s life is meaningless and soul crushingly mundane. His only job is to sit in front of his computer and push the buttons the screen tells him to push. But then one day these orders abruptly stop coming in and so Stanley’s predicament begins. As he walks out of his small office he discovers that he is the only one in the building .The rest of his fellow staff members have mysteriously vanished. Where could they all have gone? Stanley sets out to find the answer to this question, his every move narrated by a well-spoken voice bent on speaking in a matter-of-fact tone.

What follows is the exploration of one the most entertainingly quirky stories I’ve come across in ages. There are various endings to discover, some satisfying, some frustrating and some just plain bizarre. It will take you a mere five minutes, even less, to complete one ending. But to gain a deeper understanding of The Stanley Parable (if there is anything to understand) you’ll need to complete as much endings as possible. This way you can experience the premise of this parable: choice. Everything in this game has to do with the choices you make and each one will affect the pace and overall outcome of the story. Sometimes the narrator will start narrating beyond the present moments and you will have the choice to comply or deny with his version of future events. Physically you don’t do much more in the game than walk around and experience the story. Sometimes you’ll be able to push a button or two but, mostly, to no end. The point of The Stanley Parable is that there is no point. There is only Stanley and he’s trapped in whatever twisted tale the narrator weaves. And that is all you’ll need to enjoy this game.

The Stanley Parable is a refreshing breath of fresh air in a gaming market that sometimes seems if it’s running out of ideas. Its light-hearted atmosphere and dry humour will instantaneously lighten your mood and put a smile on your face. The Stanley Parable, and game like it, definitely deserves a chance. But in the end… the choice is yours.

Verdict: Gone Home and The Stanley Parable firmly stand their ground as interactive stories but from a gaming perspective they still need some attention. How many gamers will venture into this foreign part of the gaming jungle when there isn’t much of a game to be played? These two titles are at the forefront of their genre, but it is a genre still in its infancy. Do you think there is a bright future for titles such as these? 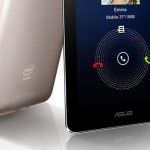