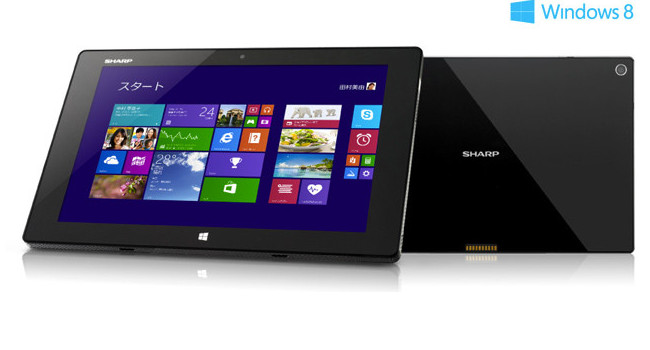 Though the tablet was introduced earlier this year in September, the Mebius Pad from Sharp has now been announced and launches end of January 2014. Besides the powerful display, considering its design, the Mebius Pad can be used as both a durable tablet and a in-house desktop monitor.

It has an 8MP rear, paired with a 2MP front-facing camera. The Mebius Pad runs Intel’s latest Atom Z3770 Bay Trail CPU and has 4GB RAM. It also has an impressive 64GB SSD as well as a microSD slot and is LTE compatible. The battery will last you up to 15.5 hours according to the product page. The tablet is meant to be both water and dust-proof and is 9.5mm thin and weighs 595g so you can do your office chores in the pool or in the garden, or in a pool that happens to be in your garden. Either way, wouldn’t it be dreamy to use a tablet in the pool?

The only physical buttons are the volume rocker as well as a dedicated “quick button” on the right-hand side that launches Sharp’s QuickAgent service which seems to be something like a customizable settings and task-management app.

Considering the outstanding display, the tablet is more than capable to double-up as a desktop PC. The USB base port is sold separately but is nonetheless recommended as it acts as a stand and sports three USB 2.0 ports, one HDMI and one LAN.

The tablet is due for late January in Japan with no word of price or an international release. 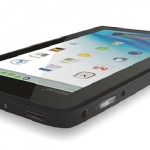