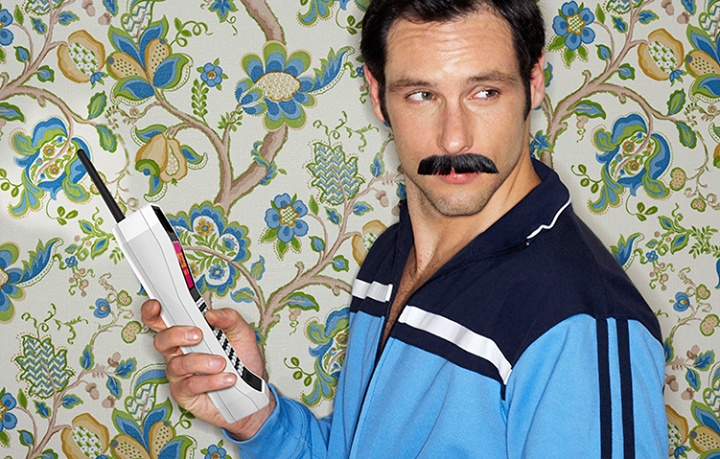 Among the sea of handsets on display at CES this year, none stood out quite like The Brick. Swimming defiantly against the tide of bleeding edge smartphones, The Brick by Binatone, is a love letter to 80s “culture connoisseurs.”

Yes, it’s a real product and it’s apparently selling “pretty well.” While the phone has inevitably received attention from the hipster crowd, it has attracted praise from people who long for simplicity amid the pace of today’s feature one-upping. Not surprisingly, with its simple interface and large buttons, Binatone tells us that the phone has found its way into the home of many a retiree.

With Binatone touting The Brick as “proudly camera free and offline, all the time,” no doubt a tongue-in-cheek nod to 2013’s NSA debacle, this is one feature phone that will also appeal to privacy conscious consumers with a sense of humour. By inserting a GSM SIM-card, The Brick can operate as a standalone unit, but it can also be paired to your iOS or Android phone via Bluetooth, to serve as a handset. Using it in the latter mode, you can access your smartphone contacts, call log and music — which you can play over the phone’s loudspeaker.

The Brick’s hardware features include an FM radio — by the looks of that antenna it’s not going to be hard to get a signal — LED torch, speakerphone and microSD slot to hold your music, which is useful if you’re using it in standalone mode.

The phone’s main feature however, is its battery life — it can hold a standby charge for around one to three months. With the phone’s micro USB I/O port The Brick can also be used to charge your smartphone.

While the phone’s hardware specs are not intended to be its selling point, The Brick has a 128 x 160-pixel, 1.77-inch LCD TFT Display and can store 100 SMS messages and 300 phonebook contacts.

In terms of software, you’re looking at a clock, alarm, calendar and of course radio and music player apps, but most notably, it features Snake — arguably the most legendary mobile game of all time.

We’d like to venture that its most important feature of all however, is that it makes you smile.

If you’re thinking that The Brick is your ticket to standing out in the crowd, you’ll have to wait a bit. The device, which sells for US$70, is currently sold out, but should be available again after 27 January this year.

In the end, regardless of how well it sells, it’s one hell of a clever advertising campaign for Binatone. 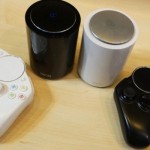