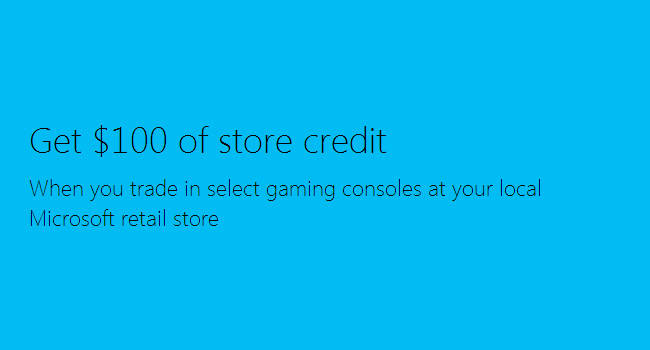 If you were thinking about getting an Xbox One but were skittish of the price, you can now trade in your older console and receive US$100 store credit.

The deal, which will run until 2 March, is encouraging gamers to bring in their PlayStation 3, Xbox 360 S or Xbox 360 E to Microsoft retail stores. “To receive maximum trade in value, you must purchase an Xbox One at the same time.”

This isn’t the first time Microsoft urged people to ditch its competitor devices and completely convert. Last year Microsoft offered to give people US$200 for their iPads. The question always is, what does Microsoft end up doing with these gadgets?

Surprisingly, while the Microsoft sold nearly 900,000 Xbox Ones, more than 643 000 Xbox 360 consoles were sold in the US alone during the Christmas season. The price of the Xbox 360 varies depending on the model of course but can go up to double the credit currently offered by the trade in.

Compared to the PlayStation 4, one of the arguments against the Xbox One is its price. Would this be enough to convert Sony fans? Some certainly would consider it.

To cash in on full value, you’ll need a scratch-free, undamaged console. The fine print reads that the console “must power on and be in fully functional, working condition without broken/missing components, cracked display/housing or liquid damage, cannot be password protected, and include original chargers/accessories.”

The fine print also reads that online trades are a no-go (seriously), and that the offer is only available at Microsoft retail stores in US (including Puerto Rico) and Canada. 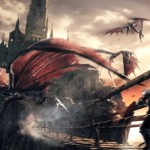