By Steven Norris: grumpy curmudgeon
Read next5 of the worst tablets ever made 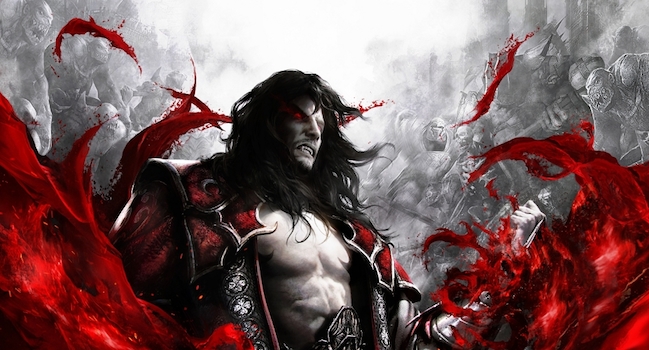 “…A miserable little pile of secrets.” barks Dracula (played by Robert Carlyle of Trainspotting, Once Upon a Time) as the colossal hand of a steampunk god robot smashes into him, ruining his monologue but beautifully setting the stage for Castlevania: Lords of Shadow 2. The 750MB demo launched for PS3 and Xbox 360 earlier this week (13 February), and I, being an immense fan of the series played it thoroughly. Those who played Castlevania: Lords of Shadow way back in 2010 should have played the demo already, but for those who haven’t been so lucky, bear in mind the spoilers aplenty that follow.

The demo begins with promise, as the camera twist and turns around Castle Dracula until we’re sharply pulled behind a mirror to meet Dracula, the ex-vampire hunter Gabriel Belmont now twisted into the immortal and near-invincible lord of shadow. I thought that turning Gabriel into Dracula at the end of LOS was a neat twist, but I had to wait nearly three years to get my hands on the best version of Dracula yet. Also, the intro possibly drops a hint of a mirrored castle, last seen in the best Castlevania game, Symphony of the Night. Fingers crossed that we’ll see a mirror world to play in LOS 2.

This scene instantly transitions into gameplay, a tutorial to be exact. The entire demo covers the basic moves of Dracula which are slick, fluid and deadly. Dracula controls like an over-powered Dante of Devil May Cry, only with thousands of years more angst. After a brief cutscene which introduces holy knights into the scene, the killing begins.

I am the Night

With an open shirt, rippling abs, blood-red cloak and eyes as black as ebony marbles, Dracula is a sight to behold. He looks powerful and acts with ruthless abandon.

Developer MercurySteam and Kojima Productions haven’t strayed far from the original LOS template. There’s a Blood Whip in place of Belmont’s chain one, a combo-riffic Void Sword (L1) which replenishes health with each slice, and the brutal Chaos Claws (R1) for up close and personal murdering. Alongside this is a block (L2 on PS3) which doubles as a dash if held down. If block is tapped at the right time, mashing the square button on PS3 activates a counter. It’s insanely intuitive and I found myself dashing, blocking and swapping between all three weapons on the fly after a few minutes of play.

The dash and drain (circle button) are new moves, but the grab radius for pulling in an enemy and sucking them dry – for health reasons, you know – was too short and Dracula usually ended up waving at the air instead of pulling an enemy in for his dinner. I stuck to the Void Sword for energy renewal, and unless the bite move can be upgraded, I doubt that I’d go back to it. There’s a jump, and holding the dash button while pressing left or right produces a glimmering dash.

Dracula feels like an anti-hipster bad-ass. His move set in the tutorial is supreme as I cut, whip, slice, drain and explode-punch my way through reams of holy knights. The cut-scenes go out of their way to present Dracula as this unbeatable force and in the game proper, he truly is. What I do know is that by the end of the tutorial stage, his powers will be stripped as we’re forced to replenish his gifts over the course of the game. And it’s my guess that by that stage, Dracula will be infinitely more powerful than the version I get to play in the initial hour.

With the controls out of the way, the story moves at a lightening-quick pace. For those who played LOS, you either loved or hated the story. I fell in the middle of this miasma, as the ending left me quite satisfied, but the tale in-between was bland and forgettable. LOS 2 course-corrects the plot, placing Dracula in the middle of a holy war right at the start of the damned tutorial.

Once the knights break in (the game teaches me that Chaos Claws can indeed, shatter shields and turn enemies into an explosion of red mist), Dracula climbs to his balcony and begins uttering the immortal words, “What is a Man? A…” until an apartment-sized robot hand smashes into him. I finish my speech and a holy warrior angel/knight dripping in gold armour smashes into the ground next to me. “Your time is finished demon!” says the knight as he points his swords at me. After a neat battle that teaches me how to dodge, swap weapons and generally ruin people’s lives, the golden knight flies off. That’s when the colossal god robot punches me, again.

With quicktime button presses I mount the robots arm, climbing onto its arm, fighting off knights and dodging arrows from the golden warrior I fought earlier. Here’s where LOS suffers its first failure: climbing up the robot means destroying holding bolts with dodged holy knight arrows. It’s exceptionally easy to do, but the game not only signposts this easy puzzle, but highlights what to do (painfully so) in unskippable cutscenes. I hope the full version allows me to at least skip past the dawdling hints.

This protracted fight echoes LOS‘s first tenant: give them bloody big monsters to climb and kill. The whole fight reminds me of the Ice Giant battle near the beginning of LOS 1. After climbing, fighting and dodging, I make it to the top of the god giant. This is where the demo redeems itself. Dracula rips off a metal sheet which protects the brain, opens his fanged mouth and exsanguinates blood onto the crystal power source, turning it red and rendering the robot void.

Dracula falls from the robot into the ruins of his castle walls, the gold knight beckons him into a battle with twin swords and that, LOS lovers, is where the demo ends and the cutscenes begin. This is what stroked my Castlevania itch the most. In the cutscene, Dracula is shown as an immortal, invincible god as he swings his blood whip through thousands of soldiers, decimating them with ease. The humans are ants to him and Dracula looks practically bored as he strolls into battle. Countless soldiers lay dead around him, even a giant robot is meaningless (Dracula transforms into a smoke dragon, taking the robot down in seconds), until a white-haired opponent with a fierce blade steps into view. Dracula finally cracks a smile as the demo ends.

The hour or so I spent with LOS 2 left me impressed. The controls are tight, the action is frantic, the graphics and sound are at the best the Xbox 360 and PS3 can offer, and the game is simply a blast to play. Castlevania: Lords of Shadow 2 launches 25 February 2014, and along with Dark Souls 2, represents the best games currently available for any console, next-gen or not.

Castlevania: Lords of Shadow 2 will be available for PC, Xbox 360 and PS3. 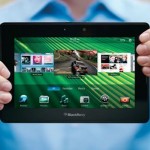