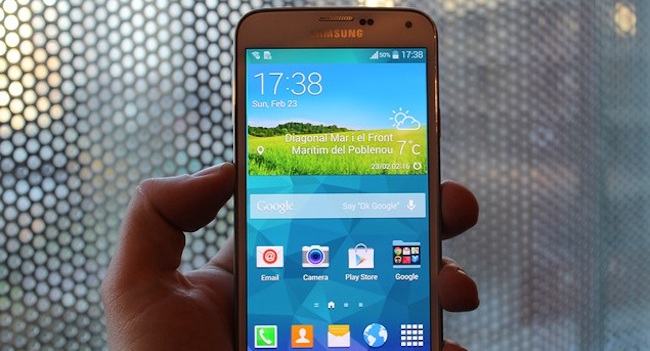 Samsung’s Galaxy S5 is not an impressive phone. When the South Korean tech giant unveiled the S5 during an overly showy presentation earlier this week, tech journalists like myself groaned heavily after the pixie dust had settled. What we’re left with is a phone almost identical to the S4, and one that fails to impress on only but a few levels. Because of where I live, I have to wait for a local network approved version of the S5 before I can get my hands on it, but this will only confirm the odd feel of the golf-ball like dimples on the rear of the S5. Almost every feature of the S5 is mirrored in the S4, a phone you should choose if given the option. As users, we deserve more than an incremental upgrade, and this is why the S5 doesn’t make my grade as a worth successor to the “S” crown.

I owned the S4 and its screen is nothing short of sublime. While the LG G2 may have a sharper display, the S4’s display is brighter and smoother (less lag). Imagine if the S5 could have improved on the buttery-smoothness of the S4. Just imagine.

Sadly the S5’s screen is the exact same as the S4’s. Point in fact, because Samsung stupidly bumped the display up 0.1-inches (5″ vs. 5.1″), there are actually less pixels per inch (PPI) on the S5 then there are on the S4. A newer phone, with a slightly downgraded screen. Pathetic. Both displays are Full HD 1920×1080, are Super AMOLED and Gorilla Glass 3. But the S4’s PPI is 441, versus a 431 on the S5. We’ll have to see if the extra 0.1-inch in screen size makes a difference but from early reports, it doesn’t.

Who loves 64GB phones (hands down, you at the back…)? Not Samsung. The Galaxy S5 comes in the flavours: 32 and 16GB. The S4 has 16, 32 and 64GB versions. Here’s the catch though, the S5 and the S4 both have MicroSD card slots — the S5 allows up to 128GB extra, the S4 64GB extra. So with maximum memory, the S5 gets a potential 160GB of internal memory in total (that number will be less, to allow for the system which consumes a few gigs).The S4 gets a possible 128GB in total. The winner in terms of numbers then is the S5, but larger fixed memory will always be faster than external cards, so it’s a loss for both sides.

Both the S4 and the S5 are Wi-Fi 802.11 a/b/g/n/ac compatible, support 4G networds, are dual-band, support DLNA, Wi-Fi Direct and can act as a Wi-Fi hotspot. But the S5 has MIMO (Multiple Input, Multiple Output, or more aerials inside the device). Here’s the kicker: from what I’ve experienced, MIMO hardly makes a difference in speeds. It’s supposed to provide downloads speeds that are twice as fast, but my iPad Air (it’s got two antennas, hence MIMO) has it, and it’s no faster than my other tablets for downloads and streaming. It will however take a hands-on of the S5 will see if my worries are founded.

The shape of the future

Again, I’ve yet to experience the weight or touch Samsung’s latest smartphone. But from the outset, the S4 (130g) wins on weight alone as the S5 is a hefty 145g. Where the S5 trumps the S4 though (finally) is that it’s water and dust-proof, as it’s IP67 certified. Sony’s Xperia range kicked it all off with the Xperia Z, and it makes me extremely happy to see this porting over to other phones. Having a true “life-proof” phone is a positive upgrade. The S5 is also a little taller than the S4 (142 vs. 136.6mm) and a little thicker (8.1 vs. 7.9mm) but the screen is a hair taller, therefore an increase in heft was inevitable.

One point I detested with my S4 was the grease factor. My S4 would be covered in marks and grease from the oils in my fingers (I’m not dirty, we all have body oils. Wiki it, why don’t you?) and from early reports, the S5 suffers the same fate. In fact, the newly dimpled rear-removable cover won’t win over any new fans, according to most reports.

The biggest,  overly-hyped and obviously, also the most broken feature is the fingerprint reader embedded into the Home button of the S5. The fingerprint reader, unlike the sublime TouchID of the iPhone 5s which works without fail, requires a vertical swipe to activate. The Verge sums up this needless tech the best: “It’s quite unreliable and virtually impossible to activate when holding the phone in one hand.” A waster opportunity and also, why iterate technology if it’s rendered useless upon application?

The most obvious benefit to the camera on the S5 is an increase in megapixels. We’ve gone from 13MP on the S4 to 16MP on the S5. Both models also have Dual Shot, Simultaneous HD video and image recording, geo-tagging, touch focus, face and smile detection, image stabilization and HDR. The difference though is that the S5 has real-time HRD processing, so image preview is now a possibility. The interface of the camera is also said to be “greatly simplified”. Image capture speed was barely a consideration with the S4, so shaving a few milliseconds off the virtual shutter can only improve the situation.

The S5 trumps the S4 in video recording capabilities. An improved camera records at 2160p (30fps) and 1080p (60fps) which will produce some of the best mobile videos ever made. The S4’s video recording is excellent, but only 1080p (30fps).  The S5 also has video-stabilisation. Both share the exact same front-facing camera (2MP, 1080p at 30fps).

But where the S5 fails is with its gimmicky heart-rate monitor. Here’s a revelation for you Samsung, practically any phone can become a heart-rate reader, as long as the apps installed. The trick of the S5 is that there’s a dedicated camera for it. But for those who think the S5 is the only answer, try this app, or this one, or even these. Ignore the marketing folks, because any phone can perform this insanely-hyped function.

It’s the internals which matter the most and the S5 seemingly delivers. The CPU is now screamingly fast on the S5, and upgrades from 1.6 to 2.5Ghz. The GPU has also been bettered for gaming’s sakes. We have an Adreno 330 now, and it makes games look like this:

As a gaming device, the S5 is going to excite and the new CPU plus GPU looks to be a winning combination. But so far, this is the biggest and most important upgrade of the S5. Another major change is the upgrade in Android, from Jelly Bean on the S4 (4.3), to KitKat (4.4.2) on the S5. Besides the handsome look and feel of the upgraded OS, Samsung’s “improved” the settings menu UX. It’s weirdly changed the standard drop-down of settings to create circles loaded with various information. A strange new choice indeed. Thanks to GigaOm for the image

What pleases me is the battery: Samsung’s loaded the S5 with a 2800mAh battery, a definite improvement over the 2600mAh battery from the S4.

Not with your time or money

Take a look at the specs for yourself (GSM Arena has an incredible comparison sheet) and you’ll see that the S5 hasn’t got much going for it over the S4. The S5 will sell like hotcakes, but it doesn’t deserve it. If you still have the S4, there’s no need for the yearly upgrade. What Samsung’s done is to try to sell the S5 on gimmicks and extras, and while this may work with most users, I hope that my savvy readership can see the S5 for what it is: a barely acceptable upgrade that’ll drain US$650 (my predicted price) from your wallet. But hey, what are life companions for? 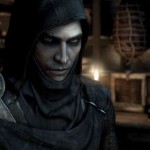