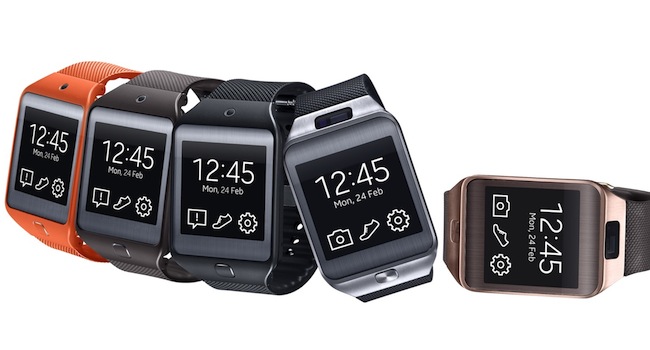 With Mobile World Congress in full swing, Samsung’s decided to kick off the show with the Gear 2 and Gear 2 Neo, two slight upgrades to the ill-received Galaxy Gear. Why Samsung is trying again with only a mild iteration of its smartwatch is confusing, but the company hopes that the 1Ghz Gear 2 and camera-less Gear 2 Neo (Geo?) will spark interest in this relatively new tech category.

At first glance, it’s hard to tell exactly what’s changed with the Gear 2. It looks the same, but scratch under the surface and you’ll find that the OS’ has been replaced by Tizen, an open operating system Samsung’s been tinkering with for an age, says Engadget. Both the Gear Neo and Gear 2 share the newish OS as Android sees itself shuffling out the back door. There’s been rumours that Samsung wants to replace Android with Tizen in all its devices, and when the Galaxy S5 launches later today we’ll see if those whispers were true.

What’s confusing is that the Gear 2 and Gear Neo both have the same 300mAh battery as the Galaxy Gear, but Samsung promises two to three days battery life this time round. Is this because of the new and “enriched application ecosystem”? Most likely not, but if true, it would be a major selling point for the new smartwatches.

The Samsung Galaxy Gear was a bit of a chunky mess, with the camera weirdly located on the watch strap. The Gear 2 (but not the Gear Neo) has shifted the camera next to the IR Blaster, with the mic now also moved to the body of the Gear. As Engadget points out, it means that any third-party wrist strap can be used with the new Gears.

The specs remain mostly unchanged, with the exception of the CPU, which sees a bump to 1Ghz. For those with short memories, here’s the specs: 1.63-inch display, 4GB storage (non-upgradable), half-a-gig RAM, a 2MB camera (records at 720p) and it’s dust and waterproof (IP67).

There’s barely any differences between the Gear 2 and Gear Neo. The Gear 2 weighs 68g, the Neo 55g and it’s got no camera. There’s no word on a release date or price, but we’re not holding our breath. Let’s hope the S5 launch later today bares more interesting fruit. 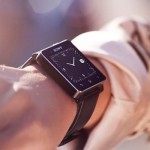