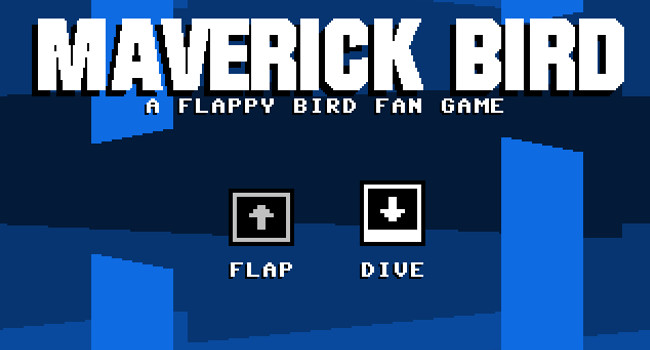 There are a lot of Flappy Bird clones out there. The popular one-touch control 8-bit bird flew from Google’s Play Store and Apple’s App Store earlier this week, opening up a can of worms. Inspired by its simplicity, there are a ridiculous amount of developers out there trying to fill the void left by Flappy Bird‘s departure.

Two of these, Maverick Bird and Flappybalt have been created by the same guys behind the popular indie titles Canabalt and Super Hexagon and they are all kinds of fun.

If you’re having trouble recalling which games we’re talking about, Super Hexagon is that super difficult game created by Terry Cavanagh that engulfs you with flashing, trippy shapes, colours and thumping techno music. Maverick Bird is not that different. Instead of evading a never-ending series of shapes closing in on you from all sides, you do so in Flappy Bird fashion. Maverick Bird is a lot more intense than this screenshot makes it out to be. We promise.
Maverick Bird has the same minimalist action and die fast control system but you end up navigating through more complex obstacles like tunnels, blocks and spikes all accompanied by nutty techno music and flashing lights. It gives you the ability to either flap or dive through a fast-paced maze of death. It’s like Flappy Bird on ecstasy. Flappybalt introduces a slightly grey, melancholic experience to Flappy Bird.
The guy behind the popular rooftop running man game, Canabalt, Adam Saltsman has created Flappybalt. It’s like Flappy Bird and the original Ping Pong had a lovechild. Like its inspiration, you flap an 8-bit bird around using a single control, bouncing to and from opposing walls. Unlike Flappy Bird you’ll have to do so avoiding lethal spikes whilst being trapped in a single room.

We shouldn’t really call these games clones, they’re more like tributes to Flappy Bird really. Like you’d imagine, both games are extremely challenging, addictive and fun. 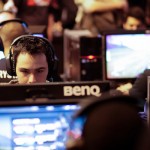