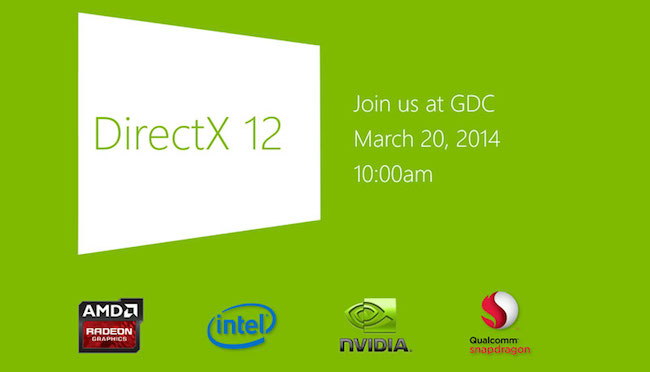 Yes, this is a real thing: DirectX 12 will be revealed by the great and powerful Microsoft machine on 12 March at the Game Developers Conference (GDC), reports WinBeta. DirectX are a bunch of API’s which handle the gaming content (“multimedia”, scoff) on our computers and consoles. For those who can remember, the last full version of DirectX, not counting incremental updates, was DirectX 11 back in 2009. There’s little to talk about for now, save for Microsoft’s explanation of the event, as listed on the GDC session scheduler.

For nearly 20 years, DirectX has been the platform used by game developers to create the fastest, most visually impressive games on the planet.

However, you asked us to do more. You asked us to bring you even closer to the metal and to do so on an unparalleled assortment of hardware. You also asked us for better tools so that you can squeeze every last drop of performance out of your PC, tablet, phone and console.

Come learn our plans to deliver.

All we know for now, which is almost a certainty, is that DirectX 12 will be available for Windows 8.1, Windows RT and Windows Server 2012 R2.

A (rather short) history

DirectX launched way, way back in 1995 under the name Windows games SDK. It was created because of DOS. We’re showing our age here now, but DOS was brilliant, as it allowed developers direct access to video and sound cards, something which Windows 95 restricted.

Every year after that, Microsoft released an update to Direct X until it hit DirectX 11 in 2009. From there, there were only incremental updates. Also, it’s where the name “Xbox” comes from — Direct “X” Box. Sometimes Microsoft’s clever wordplay pays off. The first Xbox used Direct X 8.0, the Xbox 360 ran Direct X 9.0c and the Xbox One, DirectX 11.1, the first version of DirectX to make it to Windows 8.1 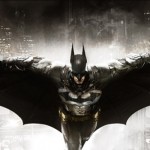