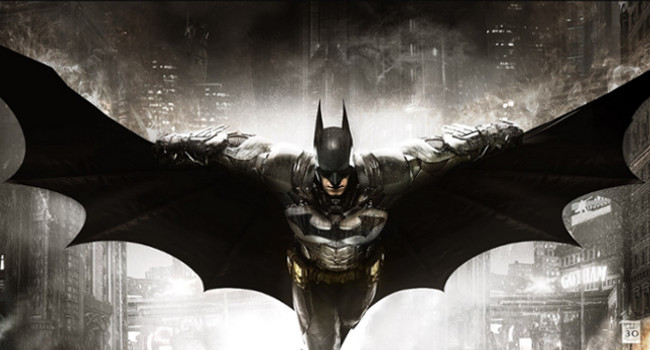 Update: If the trailer didn’t satisfy your expectations enough, we’ve found some new, juicy images from ConsoleLife via Game Informer that appears to be in-game screenshots.

Batman: Arkham Knight has been announced together with a trailer. The finale of the successful Arkham series is being developed by Rocksteady Studios and will be released for Xbox One, PlayStation 4 and PC. The game releases October 14 2014, as spotted by Forbes. Players who preorder the game from US electronics chain GameStop will receive the Harley Quinn DLC with “4 challenge maps”. 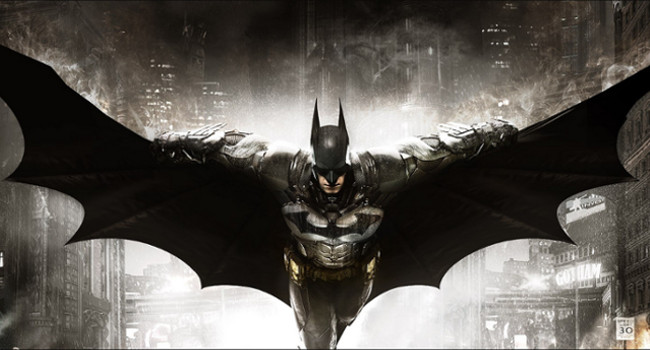 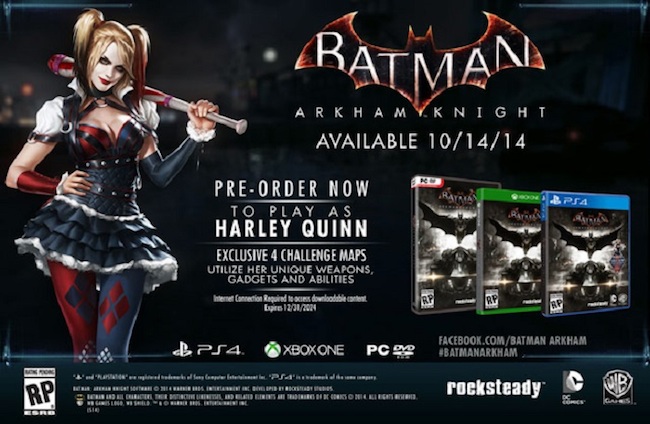 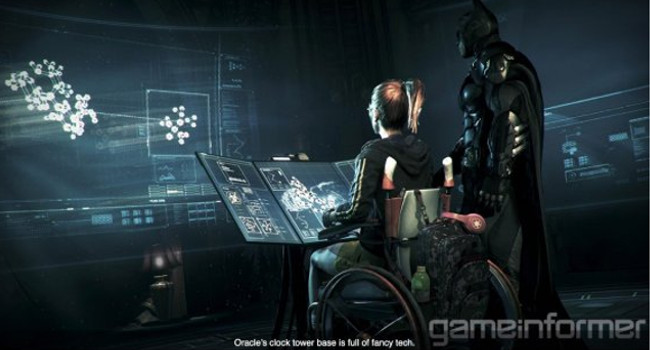 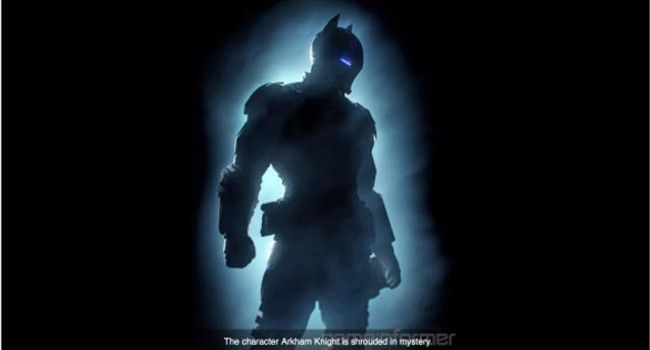 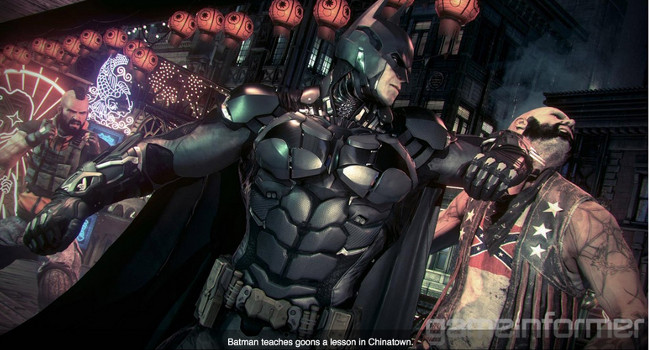 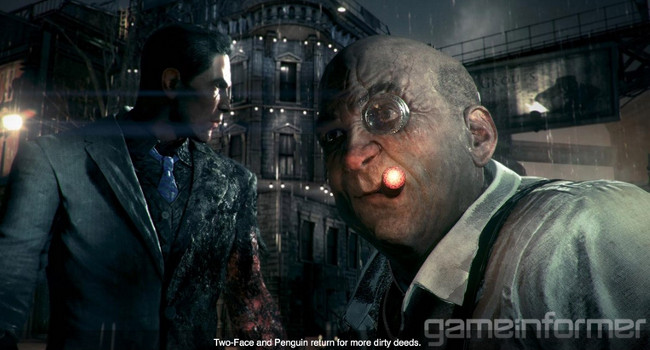 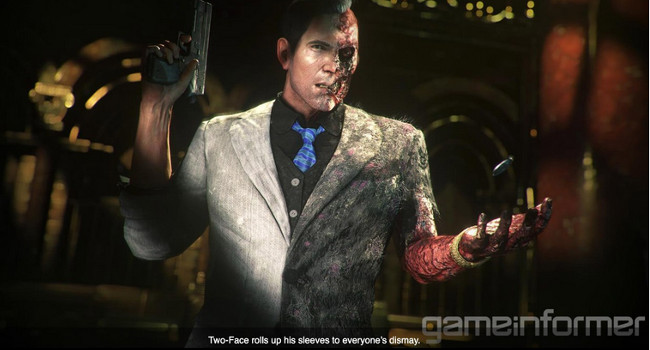 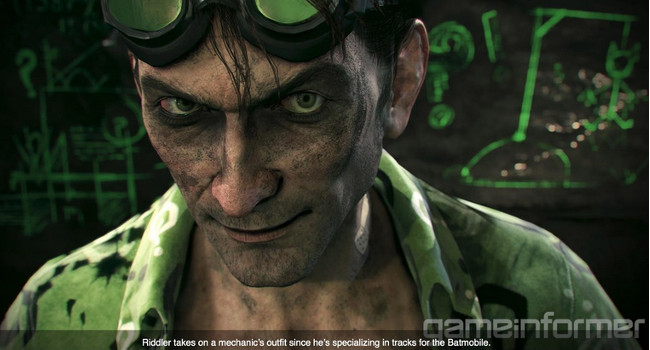 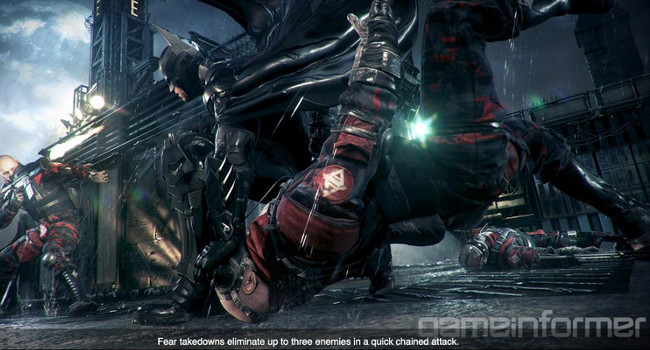 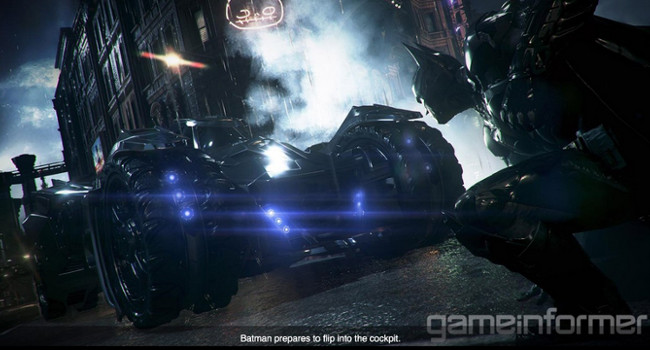 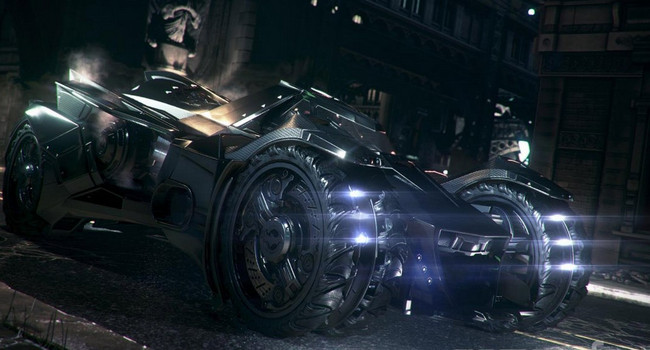 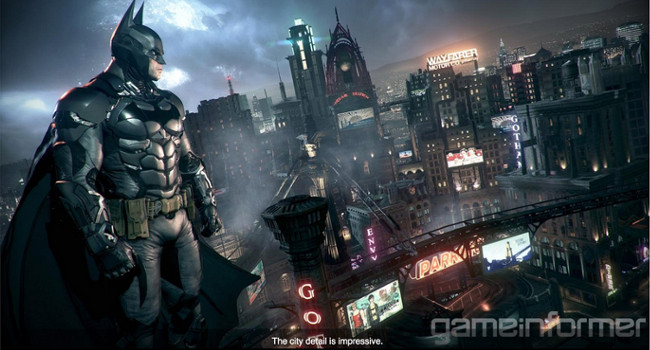 Developed by Rocksteady Studios, the first two titles Arkham Asylum and Arkham City were well received by game critics for its entertaining combat style and dark atmosphere. The latest title, Arkham Origins, however, was developed by Warner Bros. Games Montréal and was quite bland and unoriginal. With Batman: Arkham Knight expectations are high with the original developers back on the project.

According to Game Informer, the game will follow the events after Arkham City. “The Scarecrow returns to unite an impressive roster of super villains, including Penguin, Two-Face and Harley Quinn, to destroy The Dark Knight forever,” reads the description of the YouTube video. The pre-order ad from GameStop
A first for the series, the uniquely designed Batmobile will be introduced and will be the game’s main focus. This combines with a newly designed Gotham City to accommodate smooth driving as well as Batman’s traditional grappling and gliding. Arkham Knight will feature an exciting open-world environment, also it’s said that the new Gotham is four times larger than the previous titles.

If the CGI trailer below anything to go by, you’ll hopefully have proper access to the Bat Cave together with all his awesome gadgets.

Arkham series director Sefton Hill sums it up well. “This is the natural end for the story. We really want to go out in style.” Let’s hope it can beat the frankly bland Origins and deliver a Batman story with style. 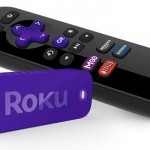