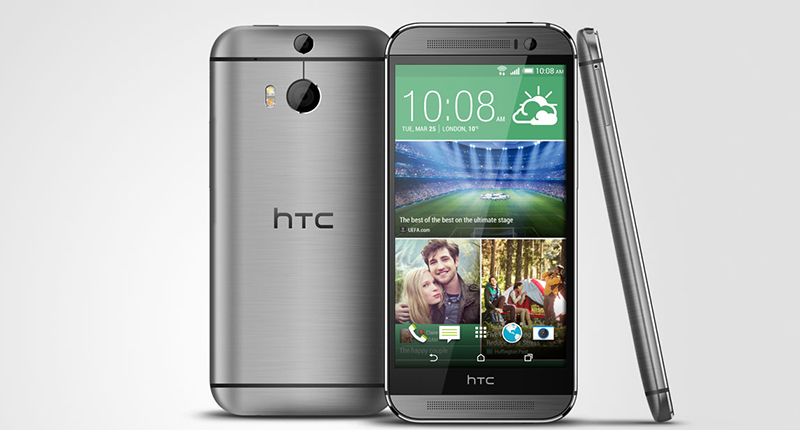 The unoriginally named new HTC One, or the HTC One (M8) is the company’s best phone since… the old HTC One. Will the M8 draw in new fans? That’s a yes. Can it revive HTC’s flagging fortunes. Probably not. Still, the M8 is the hottest phone we’ve seen in an age and when it comes to South Africa, we’ll snap it up faster than a gold-plated HTC One. So what’s the M8 got in store for us?

It’s much slicker and metal-y than before. The M8 is 90% metal, while the older HTC One was 70% – this gives the phone a far slicker look. It comes in three colours: Gunmetal Gray, Glacial Silver and Amber Gold.

The screen is still 1080p, but is 5-inches now. It sports the same screen size, but sadly the pixels per inch drop from 469 (old HTC One) to 441 (HTC M8). Bigger is not better in this case. Yet the increased screen size brings with it software buttons and like most new Android phones such as the Xperia Ultra, the Home, Back and Menu key are now part of the display.

BoomSound – HTC’s crisp speaker system built into the front of the device – is said to be 25% louder than last year’s model and the M8 is still one of the only phones with stereo speakers and a built-in amplifier.

HTC’s delivered Motion Launch for the M8. It’s part of a bunch of clever new tricks such as being able to turn the screen on from a sleep state. Touch the volume key to open the camera, swipe up on the screen to wake the phone and swipe right for BlinkFeed (HTC’s social media feed).

The CPU has been significantly bumped up since the previous HTC One. From 1.7Ghz to 2.5Ghz (US, UK gets 2.3Ghz) and a 330 Adreno GP. Luckily, this years HTC One is smart when it comes to memory. The 16/32GB versions both come with a microSD card slot for up to 128GB more internal memory. The M8 has 2GB RAM. Most importantly, the M8 comes standard with Android 4.4, KitKat.

Battery life on the 2300mAh old HTC One was already exceptional, so the new 2600mAh battery should keep fans smiling. Combined with the new “power saving mode”, the M8 will use only 10% of the battery to deliver over 30 hours of runtime. Holy hell.

Most of us came for the camera, which is still 4MP but has been renamed the “Duo Camera”. Why, you ponder? Because of our eyes. The new 4MP camera is said to mimic the focus of the human eye, which lets the M8 create depth-of-field effects introduced by the Lytro camera a few years back. HTC also claims that the camera can be focused in 0.3 seconds. A two-tone flash, last seen in the iPhone 5s will give make flesh tones “fleshier” or warmer as most humans would call it.

The HTC One M8 launches worldwide from today in select markets. We’ll assuredly get the HTC M8 in South Africa, as the official launch site mentions that Vodacom RSA has approved it on its network. The price is a frightening US$750 without contract.

So has “the best” been bettered? In specs and looks, it has. We’ll give you a full update when it lands on our desks for review in the near future. 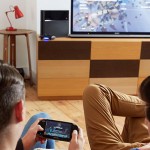