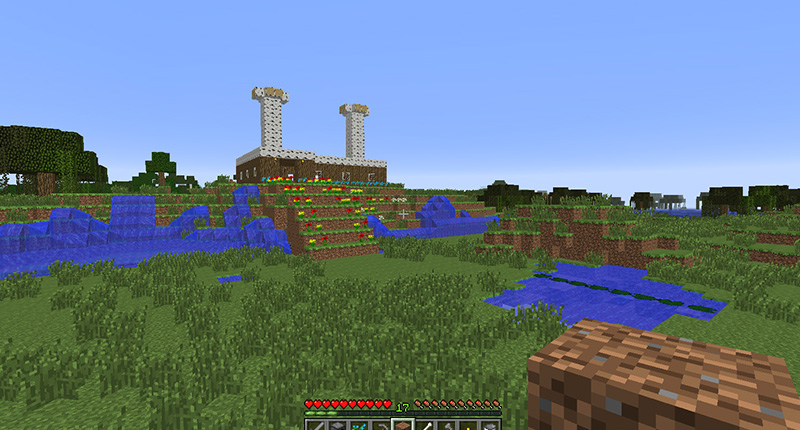 I began my journey to find a rare item in Minecraft a few weeks ago. You can read part one and two here.

It has been an age since I started on my quest. I was now well versed in the ways of Minecraft. I have built landmarks, started chicken farms, collected rare wools of various colours, learned the art of war and, most of all, mined like mole on crack. But I was getting lost in the thrill of surviving in this virtual wilderness. The better I became at overcoming the Minecraft realm’s obstacles the more I forgot why I was here. Frequent letters from my lord editor have been plaguing me, demanding that I tell him the state of affairs. But I was no longer an outsider exploring a new world. I was now part of this world and I did not want to leave. I was no closer to finding a rare item than before. And now was now struggling to overcome the Minecraft demon inside of me. But then there came a moment, a moment that once again filled me with a sense of purpose and duty. I had come upon a massive cavern that seemed like it had much promise as the resting place of a rare item. It was a truly magnificent site to behold. Walls filled with coal, gold, Redstone, and Lapis Lazuli. There were hundreds of zombies and monsters patrolling this massive underground interior. Somewhere inside me was this instinctive twitch that whispered to me, “You have finally found what you were looking for”. I was filled with motivation and slowly, I could feel the Minecraft demon being tamed as I became conscious of my old self once more.

It was a far drop down into the cavern which meant I had to carefully descend into the dark depths by strategically planting dirt blocks. In most cases this isn’t that hard of a objective, it merely takes patience. But when there are four bow wielding skeletons raining down arrows on you it becomes a bit more of a challenge. This is when I realised that I had not yet indulged in the art of ranged combat. I had a abundance of arrows but had never built myself a bow. This drastically complicated things as the Skeleton Bowman were not in reach of my sword and I had no way of defending myself. Rapidly, my health depleted as arrow after arrow struck me fast and hard. I was forced to retreat, a dreadful moment that challenged my willpower. But I would not give up. Quickly I rushed back to my home base, frying up some pork steaks to regain my health. Luckily, by now I had a few chests filled with various items and I had exactly what I needed to make myself a bow, a few pieces of strings and some wooden sticks. Hastily I sprinted back to the cavern, with thoughts of crumbling skeletons putting a devious smile on my face. I did not waste a single second and my arrows were ready to fire by the time I reached the caverns entrance.

One by one I destroyed the skeleton scum, masterfully dodging their arrows as I battled my way down. Finally I had some time to breathe and I could build my road down towards the cavern floor. But as if I was watched by some invisible presence, as soon as I set my foot on the floor I heard the foul screams of the zombie mobs echo through the darkness. It was an ambush of the likes I have never seen. Row upon row of various pixel-thirsty creatures came to see to my end. And row upon row fell as I swung my stone sword through retro faces.

I felt invincible as I cleared the last of the ambush. I had a quest to complete and failure was not an option.

After my victory I was filled with adrenaline and I rushed into the cavern depths. I couldn’t shake the feeling that somewhere nearby there was a rare item to be found. My quest is almost over I thought. But my enthusiasm quickly diminished as I searched the area. My health levels were low, I had no food and now the only pickaxe I had shattered into a million pixels. I started hating the Minecraft realm. There was no end to the merciless misery it caused me and I felt hope pouring out of my soul. The shadowy depths must have heard the songs of despair in my heart because once again I was under attack by a massive horde of zombies. My sword was near its end so I decided to run. And as if things weren’t bad enough, I realised that I was also irrevocably lost.

It was not long before the horde had me cornered and sent me to my doom. I was respawned with nothing. My chests were empty and I had no idea how to find my lost equipment. I made a quick decision and ran to one of my nearby “half-way” stations, equipping myself with the necessary tools to face the inexhaustible zombie threat. Moments later I was back fighting off the evil hordes of the cavern. With each zombie head I sent flying I could feel my hope being restored. I was back in action and more focused than ever. And then finally the moment came. Pixels of sweat dripped from my low-res body as I ambled around the now lifeless cavern. Something inside me just said “Mine, damn it, mine!” And so I did. I started carving into the nearest Redstone filled wall and lo, I came upon a small dimly lit room and in the middle, a chest! Tears ran down my face. Finally I had conquered this doomed quest. In my ecstasy I flung open the chest and there laid the three rare items, two pieces of horse armour and a saddle. Minecraft has horses? Screw that. I’m going home. 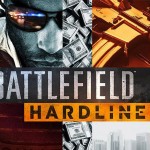