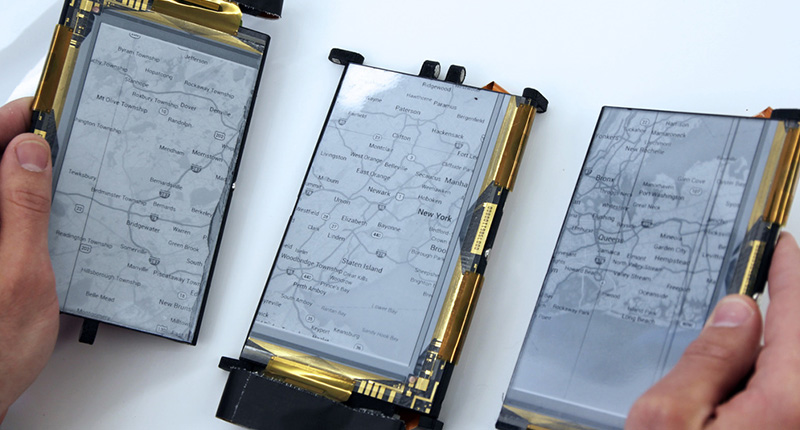 The incredible future we saw in ‘Her‘ is finally being embraced and PaperFold, a foldable smartphone invented by boffins at Queen’s University, is the shape our future mobile phones may one day take.

This actual working prototype of PaperFold can connect up to three screens at once, showing off a design that works the way we interact with traditional objects. So to view a single photo in a gallery, a second screen is connected which displays larger images of the smaller thumbnails.

To create a 3D object, PaperFold is folded into the shape of a structure (in this case, New York’s Flatiron building) which is then 3D printed into a tiny Monopoly piece. PaperFold screens can also be flatted to create a large surface for Google Maps, or be “shaped into a convex globe”.

PaperFold will automatically recognise the shape it takes (be it a map or or mini-laptop) to adjust the appearance of its apps accordingly. In the video below, it becomes a tiny laptop, map, phone, image viewer and 3D printer in just under a few seconds each, and the effect is astonishing.

Everything’s part of an independent system, so PaperFold screens don’t have to be connected together to work, explains Dr. Vertegaal, a professor and director of the Human Media Lab at Queen’s. “In PaperFold, each display tile can act independently or as part of a single system. It allows multiple device form factors, providing support for mobile tasks that require large screen real estate or keyboards on demand, while retaining an ultra-compact, ultra-thin and lightweight form factor.” 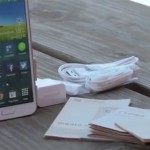