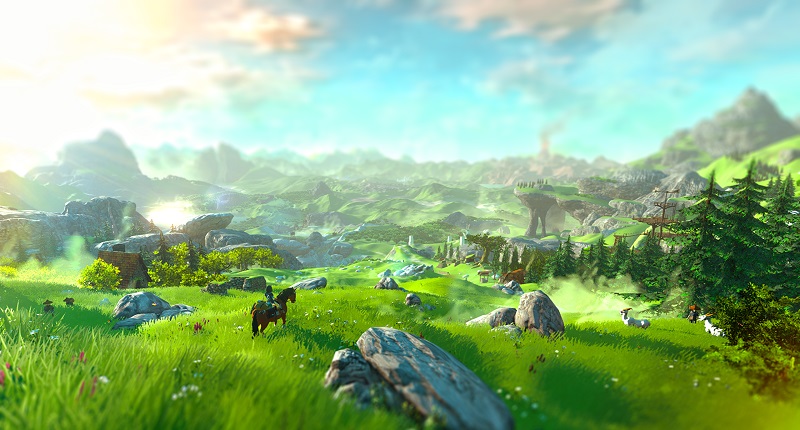 Have you noticed? Open world is all the rage these days. The increased number of open world games in development seems to have sky-rocketed, but making something open world doesn’t automatically guarantee sales, nor does it mean that gamers will necessarily want to spend hours roaming around a world in an imitation of real-life. In fact, some gamers will refuse to buy a game simply because it is open world as they prefer a more linear, guided experience.

For the sake of clarity, and just in case some people aren’t quite sure what constitutes an open world game, it’s a game that allows deviation from the main storyline where the player can explore the world as well as side missions, then return to the storyline at any point. Games such as GTA and Skyrim exemplify this genre, and although it’s often a characteristic of RPGs, they’re certainly not the only genre that lays claim to the open world experience.

So which open world games are we most looking forward to in the upcoming year? Read on to find out.

Not so long ago, I was fortunate enough to get a pre-E3 behind the scenes look at Bungie’s upcoming open world experience Destiny, and boy-howdee was I impressed. Considering that it was a game that I didn’t think would appeal to me, I ended up suitably excited for this online, apocalyptic title. What you’re looking forward to is basically a MMOFPSRPG. Yes, it’s a mouthful, but think of an online, persistent-world MMO crossed with an FPS, RPG experience and you’ll find yourself perhaps a little confused by this (not unique but rare) genre crossover.

You choose from three classes – Hunters, Warlocks and Titans, which if you’re an RPG gamer you can equate to Rogue, Mage and Warrior respectively and this can be combined further with three races – Humans, Awoken and Exos. Journey through the solar system with your friends, or if you prefer you can go solo, exploring colonies on Mars and Venus or perhaps ruined areas of post-apocalyptic Earth. Destiny releases 9 September 2014.

I am a massive fan of The Witcher series, but I was slightly apprehensive when CD Projekt RED announced that Wild Hunt was going to be an open world game. It somehow seemed like it might become a complex and unwieldy experience considering how large the scope of the other games were already. Luckily, from everything we’ve seen, Wild Hunt seems like it’s going to be winning on every level. If you’ve played any of the other games you’ll already recognise the main protagonist, Geralt of Rivia, the most famous Witcher alive, also known as The White Wolf. While Geralt is typically known for his monster hunting prowess and his vain attempts to remain neutral when it comes to human/non human conflict, he’s also known for his womanising and it doesn’t look like this game will be any different.

The Witcher III, according to developers CD Projekt RED is an open world “larger than any other in modern RPG history” and is 30 times larger than the previous Witcher games – so large in fact that you will need a sail-boat to get to some locations and to ride on horseback to get to other areas. The game is apparently 20% larger than the vast world of Skyrim. While a huge open world doesn’t necessarily make for a good game, CD Projekt RED have a great reputation, so I have no doubt that Wild Hunt will be everything we’ve hoped for. The Witcher III: Wild Hunt is available 24 February 2015.

The Division is the first new Tom Clancy game we’ve seen in a while, and if the trailers are anything to go by, this looks like it’s going to be pretty awesome. Although only the most basic outline of the game has been released, as per usual it’s based on one of Tom Clancy’s novels. You play as a part of the “Strategic Homeland Division” or “The Division” for short.

A disease breaks out and spreads throughout the United States causing the entire country and its society to collapse in only five days. The Division is tasked with keeping control of the situation and the game takes places three weeks after the infection hits New York. You must “save what remains” according to the trailer, in this third person tactical open world shooter. The Division is set for release in 2015.

Honestly, I hadn’t paid much attention to this game until recently when I saw a demo of it. Players need to infiltrate a criminal organisation, located inside an online open world racing game where players can cruise around in, challenging other racers. In many respects it’s reminiscent of Need For Speed, however the single player storyline alone is reportedly 20 hours long, and The Crew offers an experience that allows players to cruise the entire United States without loading screens.

Yes, I did just say that. In essence you could drive from one end of the country to the other without a single loading screen, or at least this is what they say. You can both explore key cities such as Chicago, Las Vegas and New York or else just enjoy the open road. In addition to the single player mode there is a multiplayer mode, so you can still play with your friends in a drop in/drop out fashion, forming “crews” (hence the title of the game) to complete missions. The Crew is out 11 November 2014.

Yes, I love Batman. And yes, I was insanely excited to see that Rocksteady Studios were releasing another game in this amazing franchise. I wasn’t particularly impressed with the prequel game developed by Warner Bros, Batman: Arkham Origins, so to see Rocksteady back at the helm was wonderful news. Arkham Knight is set one year after Arkham City, and follows Batman as he confronts the villains, who after Joker’s death, have banded together to defeat the Dark Knight and take control of Gotham.

They’re led by Scarecrow who is once again ready to use his fear toxin to bring Gotham to its knees, and Batman will have his hands full. The game world of Arkham Knight is set in Gotham City over several connected islands and will feature new areas. Luckily the Batmobile can be used to fast travel because the city will be five times larger than that of Arkham City. Be the Batman in 2015. 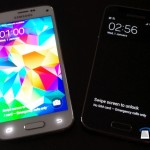