By Andy Walker, former editor
Read nextHold the phone: this hoodie will let your mom know you miss her 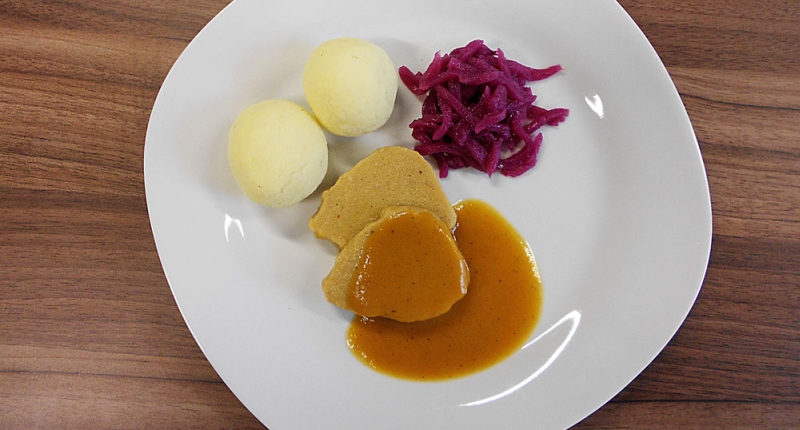 Like it or not, 3D printed food will be at the forefront of future cuisine. The technology to print edible foodstuffs practically on demand is around the corner, but the real issue for companies will be ridding 3D printed food of its unnatural, synthetic taboo. Food supply is a global issue and as the population continues to balloon, alternative resources must be found.

3D-printing provides a potential solution to the problems of food and time wastage, by producing 3D-printed food that one can enjoy  immediately, without the added strain placed on the environment.

As human existence moves closer to a fully-automated life, 3D printing will let users print foodstuffs quickly and efficiently, without the faff and kerfuffle of cooking.

SXSW, the annual all-sorts festival in Austin, Texas, sees its fair share of revolutionary technology and outrageous ideas. This year’s event gave peckish festival goers the chance to design their very own flavoured Oreo cookie, thanks to the Trending/Vending cookie machines.

Powered by social media and trending conversations on Twitter, the a MAYA-designed 3D printer could squirt 12 brilliant “trending flavours” or fillings, onto an Oreo base including banana, mint, and lime. The hungry customer can then watch as the machine goes through the motions of building the ultimate cookie.

Although its a one off project that Mondelez International will probably never release to the public, it highlights the possibilities of future vending machines. One may be able to order a bespoke cookie, custom milkshake or both, by navigating a few menu options and pressing a few buttons. 3D printers, when combining molecular science wizardry with living “bio-ink“, could theoretically replicate an organism’s biological structure. This may allow 3D printers to construct anything from meaty muscle fibre to vegetables. Although the technology is not quite as advanced yet, Dovetailed aims to replicate fruit by using another popular method.

When a combination of fruit juice and alginic acid is dropped into a calcium chloride bath, the resultant reaction forms caviar-like fruit flavoured beads. The chemical process is known as spherification and Dovetailed aims to bring it to the mass market.

Although the fruit produced is far from fresh and pretty far from being actual fruit, biologically-exact fruit printers may not be too far off. This undoubtedly threatens the future of agriculture if one could literally print an apple in the comfort of one’s own home, but would people shun farm fresh for printer fresh? The PancakeBot is a wonderful concept. Not only was the prototype built exclusively of Lego blocks, but the entire idea came about thanks to the designer’s 3-year-old daughter. Although it’s not quite a 3D printer in its purest form, the device is an open source project developed by Norwegian Miguel Valenzuela, and helps those who consistently ruin their pancakes to produce perfectly shaped epicurean wonders.

Armed with a cannon-full of batter and a set of digital blueprints, the PancakeBot peppers the heated pan below with whatever shape its instructed to. The pan then cooks the batter, leaving a tasty mould of a horse, a famous landmark or any other programmable shape.

The next version of the PancakeBot is currently in development by Valenzuela, who recently took the device to New York City’s Bay Area Maker Faire. If you’re a decidedly ambitious person and enjoy the wonderful taste of bespoke pancakes, the guidelines (made available by Valenzuela himself) to build your very own Lego PancakeBot can be found here. Back in 2011, MIT Media Lab’s David Carr created the frighteningly named “Eat Your Face Machine” just in time for Easter’s annual chocolate binge. Instead of printing spring scenes of bunnies frolicking between lilies and daisies, the machine chisels a mold of a human face onto a solid block of chocolate.

Carr’s invention is more of an etching machine than a 3D printer but the idea is nonetheless interesting. Consumers may some day create their own custom Easter delights using 3D printing technology that could make and then print chocolate. Many will probably shy away from printing human faces though. Earlier this year, 3D Systems showcased a novel candy (among other confectionery) printing machine. The ChefJet, claimed as the first FDA certified 3D food printer in history, can print sugary delectables through a clever combination of ink, water and sugar. The sugar solution is exuded and then hardens, much like PLA in traditional 3D printers, allowing the machine to form delicate multidimensional shapes that resemble children’s toys rather than edibles.

The device debuted at this year’s CES in Las Vegas, which saw the product billed as the perfect companion to chefs, bakers and candy enthusiasts alike. In addition to complex shapes, candies can be printed in a variety of colours and flavours, all tailored to the user’s desires via bundled software.

The printer is by no means affordable to the average Joe, but as the technology’s demand increases and components drop in price, 3D printed candy in the home may allow users to print a much wider selection of goodies than the market can currently offer.

The environmental cost to farm-produce one burger is currently 75 square feet of land and over 50 gallons of water, according to Modern Meadow’s factsheet. So how better to solve the cattle crisis than 3D printing? Cultured meat will let carnivores enjoy the scrumptious comfort of a juicy cheeseburger without worrying about the resultant environmental toll.

But 3D printed burgers are slowly edging towards the realms of utterly weird. In the not-too-distant future, printers will be equipped en masse to print burger patties that resemble actual field-to-freezer products. Using bio-ink, Modern Meadow is experimenting with 3D printed stem sells that literally grow into burgers, reports the BBC. Although their efforts have led to inedible products thus far, this technology seems very likely to solve the massive environmental and ethical problem of meat production.

Bio-ink features living stem cells from cows that, when given the right conditions, will mature into strands of muscle fibre, replicating the texture and nutritional value of real farm-produced meat. Currently the technology is unfeasible, with each patty costing around US$300 000 to produce. However, as the technology matures, the local supermarket may be printing their own burgers from scratch, rather than sourcing them from the local farm. Closer to the present, the Foodini, developed by Barcelona-based Natural Machines, uses organic, prepared ingredients to shape burgers, and a host of other foodstuffs, into recognisable shapes. Although one could very easily make burger patties without the need of a 3D printer, the Foodini just makes the process look that much cooler and relatively mess-free.

In fact, anything can be added to Foodini, which the machine will then print for the user. For example, ravioli, chickpea patties or potato cakes can all be printed and cooked for consumption.

The developers resorted to Kickstarter for some much needed capital injection but the project failed to ignite the excitement of funders, and only 196 people backed the project. It failed to reach its goal, but the printer is a good step towards shedding the industry’s supposedly unnatural stigma. Printed food need not be a futuristic fad aimed at only for those who can afford ludicrously priced machinery, but an actual industry allowing millions of people to chew, swallow and simply enjoy their food.

German company, Biozoon, have created 3D printed smoothfood specifically designed for those who cannot chew or swallow traditionally cooked meals, including babies, the elderly or hospital patients. The smoothfood seneoPro printer subsequently allows a much easier means of consumption and digestion. Biozoon uses a pureed and powdered selection of mixtures made from fresh ingredients, and pumps out some gourmet looking delights, including turkey medallions, gelled pumpkin cubes, red cabbage and potato foam.

This development undoubtedly speaks of 3D printing’s massive potential as an aid for everyday people with everyday problems, not just as an example of cool tech. The industry could undoubtedly better the lives of many who struggle with something as simple as chewing. 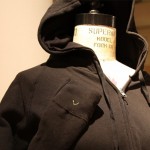 Hold the phone: this hoodie will let your mom know you miss her
Geeky Gizmos • 9 Jun 2014
Read More
More