I’m not completely sure if I understand the purpose of reading-specific tablets (versus e-paper alternatives) like the NOOK. Samsung has teamed up with Barnes & Noble, the largest bookseller in the US, to launch its latest device. But the problem is, it’s not an e-reader. It’s a Samsung Galaxy Tab 4 with NOOK apps installed.

Those imagining a brand new machine, with NOOK labels imprinted everywhere will be disappointed, in fact it’s nothing new at all. Painting a pony black does not make it a stallion, but this is what Samsung’s attempted here.

It’s still a rather pretty pony, though. The 7″ 1280×720 tablet has 1.5GB RAM, and 16GB storage for movies, magazines, TV shows and undoubtedly, anything other than actual e-books. A 3.15MP sensor flanks the rear while a 1MP unit monitors the front. Sound familar?

The “first-ever full-featured Android tablet optimized for reading” comes with over US$200 in NOOK content, including bestsellers, TV shows and magazines. The tablet itself costs US$179, which seems a much better bargain than buying the standard Galaxy Tab 4.

Samsung America president, Tim Baxter, undoubtedly saw an opportunity to push Galaxy Tab sales into other markets, notably the ebook sphere, which is forcasted to outsell printed books by 2018, and “increase in value from £380 million to £1 billion,” according to the BBC.

We’ve taken our bestselling Samsung Galaxy tablet and made it the best tablet available for reading and entertainment. […] We are excited to bring the Samsung Galaxy Tab 4 NOOK to customers through Barnes & Noble’s bookstores nationwide.

It seems like a decent offer but it’s not a NOOK device, and that in itself is a bit misleading. However, tablet buyers will probably be interested in its all-round capabilities as a tablet, and not its shortcomings as a makeshift e-reader. The device is available for order via the Barnes & Noble website. 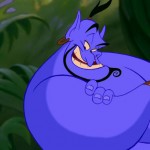