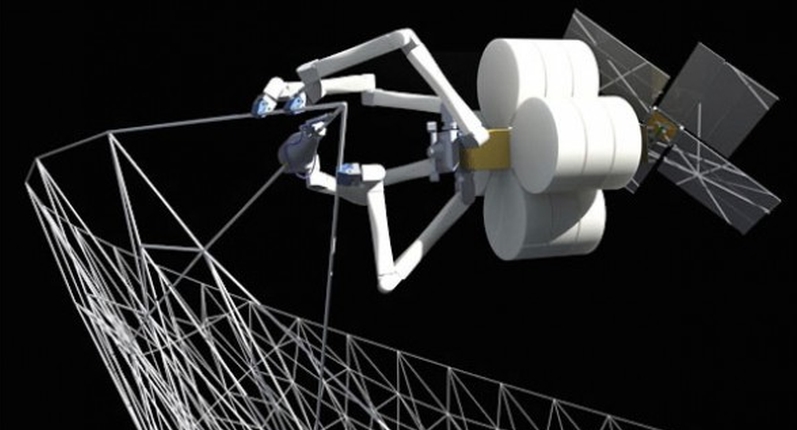 Ok, so perhaps the title is a bit of stretch. But NASA’s plan to use robots in space to build massive space stations, space craft, and satellites is real. It also provides us a clear example of the current state of our nation’s space program, and assurance that the future of space travel and space exploration remain promising.

For decades, key hurdles to space exploration has been the enormous cost in lives and dollars of developing and launching space craft. Most of us growing up in the 1980s can remember the horrific experience of watching NASA’s Space Shuttle Challenger disaster. Seven brave crew members died tragically when “an O-ring seal in [the shuttle’s] right solid rocket booster (SRB) failed at liftoff.”

Setting risks to human life aside, launching craft into space requires powerful rockets that consume enormous amounts of labor, time invested in research and development, and billions of tax payer dollars. Add these to the budget cuts NASA has endured this past decade, the future of our space program, and humankind’s continued quest to explore the farthest reaches of outer space, was seen by many to have come to a dismaying end.

Fortunately, NASA is not to be defeated, and has instead reorganized and reprioritized to rely on collaboration with private industry and good old fashion engineering innovation to use rovers, robots, telescopes, and probes to ensure that the future of space exploration remains intact.

One of many steps NASA has taken in this direction was its recent award of $500,000 to Tethers Unlimited, a space technology development company responsible for designing a space-based robotic assembly system called SpiderFab that NASA hopes will soon construct massive structures in space while in orbit.

Fabrication will involve the use of spiderbots and a 3-D printing assembly system that will use materials like fiber and polymers delivered by existing spacecraft to construct structures as large as a half a mile wide.

“Once on-orbit, the SpiderFab robotic fabrication systems will process the material to create extremely large structures that are optimized for the space environment,” said Rob Hoyt, Tethers Unlimited CEO and chief scientist, in a released statement. “This radically different approach to building space systems will enable us to create antennas and arrays that are tens-to-hundreds of times larger than are possible now, providing higher power, higher bandwidth, higher resolution, and higher sensitivity for a wide range of space missions.”

This is exciting news, and holds great promise for the construction of all kinds of spacecraft designed to help search for extraterrestrial life and Earth-like exoplanets. And perhaps someday, even a Death Star that will be the end of us all. Yikes! 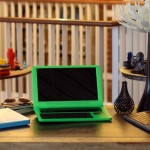