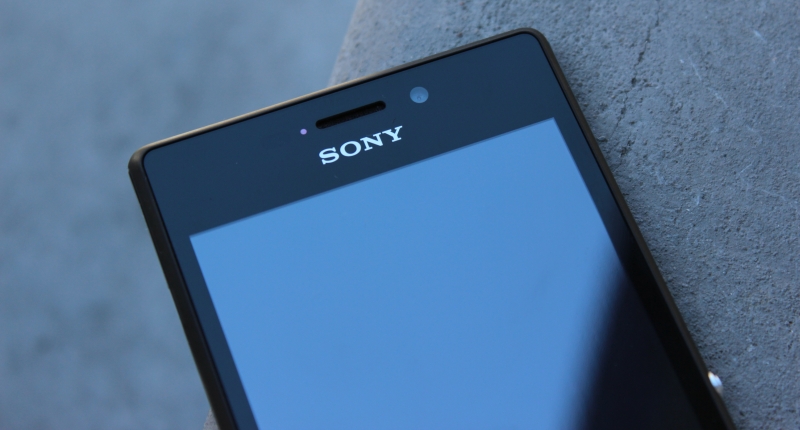 When Sony bailed on the television and laptop world to focus solely on mobile phones, it seemed a strange choice. Considering what a massive success those two spheres of its business used to be, Sony had become the Japanese Microsoft, cutting infected limbs from its damaged torso before it ground to a sepsis-ridden halt. But you know what? Dedicating itself to producing great mobile phones was an absolutely brilliant idea.

How so? Just have a look at the new gaggle of quality Xperia devices, ranging from the Z-range to the waterproof tablets. And one needn’t even seek too far up the Sony grapevine before a great device can be seen. Sony’s Xperia M2 is a great example of that.

What is it, and what’s in the box?

At around R4700 (US$399), it’s not a cheap handset by any means, nor is it drastically expensive. It does, however, give the user some top-notch internals.

Its beating heart is a quad-core Qualcomm’s Snapdragon 400 clocked at a relatively lazy 1.2GHz. It’s the same chip you’ll find in the Nokia 635 or the Samsung Galaxy S4 Mini, so it’s more than adequate for its purposes. With 1GB RAM and 8GB storage accompanying the silicon, an 8MP camera is employed at the rear, while a VGA snapper is found up front — more than adequate for video calls.

It’s not easy to lose either. It’s an enormous bugger, with a screen size of 4.8″ and an overall depth of 8.6mm. And while that screen size may excite, the resolution is a paltry 540×960 — but we’ll discuss the screen a little later. For one, it’s slathered in Corning Gorilla Glass 3, so it’s difficult to scratch. Other customary connections includes the likes of Bluetooth 4.0 LE, LTE, Glonass, A-GPS and WiFi. The M2 sitting alongside the Vodacom Smart Kicka

Inside the box, the standard two-prong charger is coupled with a microUSB cable. Yawn. The box, for one, mirrors the slate-like design of the phone very well.

For one, it’s something that’s difficult to put down. It’s chiseled, sharp edges make it one of the more satisfying devices to hold. It’s rather rigid too — no chance of a pants pocket bending the M2.

Moving onto the screen: even though it’s sub-720p, it’s crisp and beautiful, with deep, rich colours and an adequate brightness range for in- and outdoor use. It’s definitely one of the hallmarks of this phone. Videos and images look incredible and frankly, it’s difficult to notice that the screen is a mere 540p.

Sound through the jack isn’t bad either, providing volume levels more than enough for even the hard-of-hearing, while a cute notification light blinking in a brilliant array of neons is adequate for the hard-of-sight. And the flashing notifications drastically drops battery usage, which eased my “must check Instagram” compulsion. Of course, once I did check a few images, sent a few tweets, viewed a few movies and listened to some music, the battery dropped a mere 15% in about two hours of solid use. Not bad for a quad-core phone. And then we get to the software. Sony’s facial unlock system works well too, but once again, a certain ambient light level is required. It’s a feature that saw extensive use when only one hand was free, but it shouldn’t be a defining feature. What definitely is though is the phone’s remarkable reliability.

Overall, everything just worked. Having used the phone for nearly three weeks, there hasn’t been a malfunction or failure on the device or its software, apart from a few jagged playback issues with the native video app.

What I absolutely, undeniably love

As noted before, it’s a glorious piece of plastic, this thing.

If you’re a music-through-headphones lover, this is the device for you. Sony claims a music play time of around 58 hours, which should keep users entertained on train rides, walks and drives through traffic for about two weeks without a charge. That is if you do nothing else with the phone — theoretically, of course. Movies playback at 720p is also a cinch, provided the hardware acceleration is switched on. Watching Wreck-It Ralph (once again) was a pleasant visual experience, thanks to this glorious LED marvel.

Speaking of media playback, capturing video or audio is an absolute dream. The camera at a comparatively paltry 8MP is rather stunning but only at adequate light levels.

Panoramic mode, courtesy of Sony’s built-in camera management software, is perfect for taking high resolution snaps of expansive vistas. And speaking of smart camera software, the front camera’s selfie-unlock feature is rather nifty. Requiring nothing but the user’s face, the phone can be unlocked just by looking at it. This worked in well-lit areas, but largely failed once the sun tucked itself in. 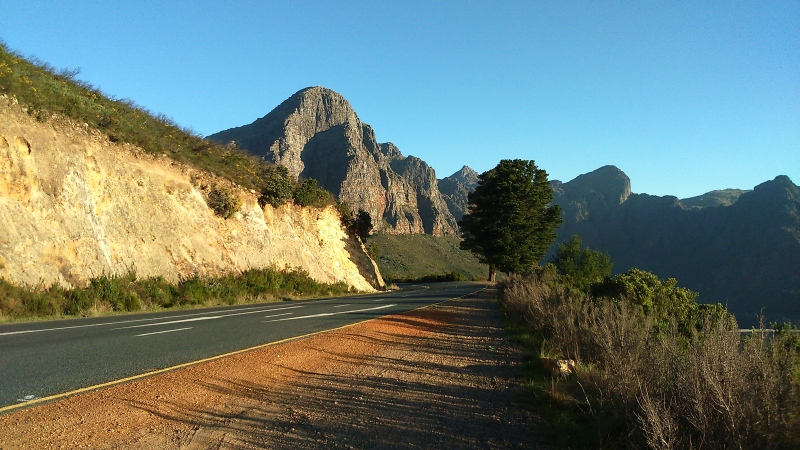 Exterior landscape shots are where the Xperia M2's snapper excels. 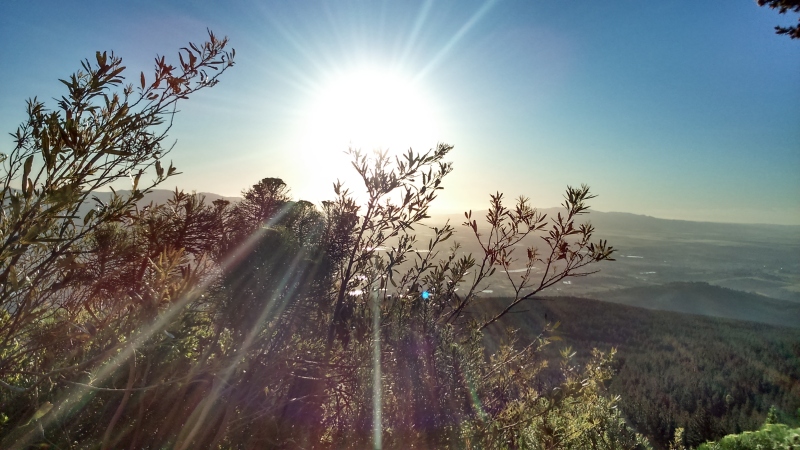 Taking pictures into the sun is also incredible, considering most cameras suffer from over exposure in this scenario. 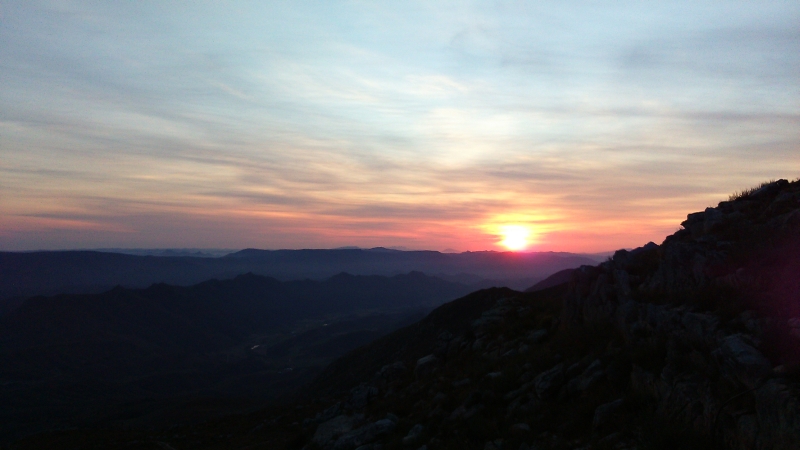 Low-light images leaves something to be desired. Colour reproduction is admirable though. 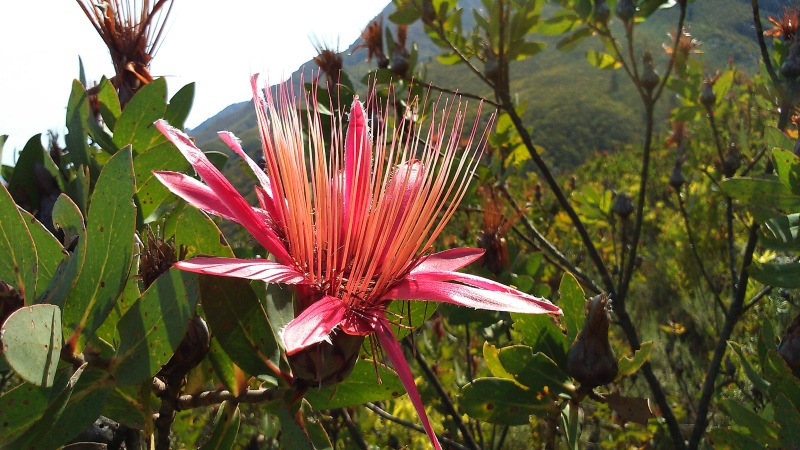 The camera's also brilliant taking pictures within 50cm of the subject. 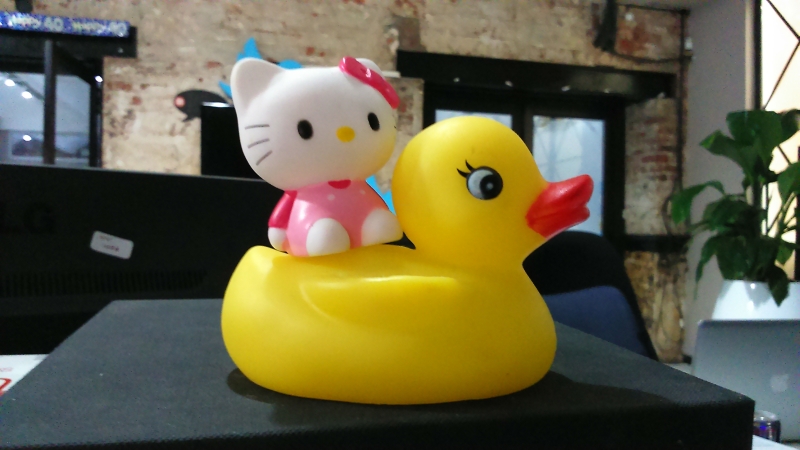 Interior macros though are not so great. This camera hates being indoors. 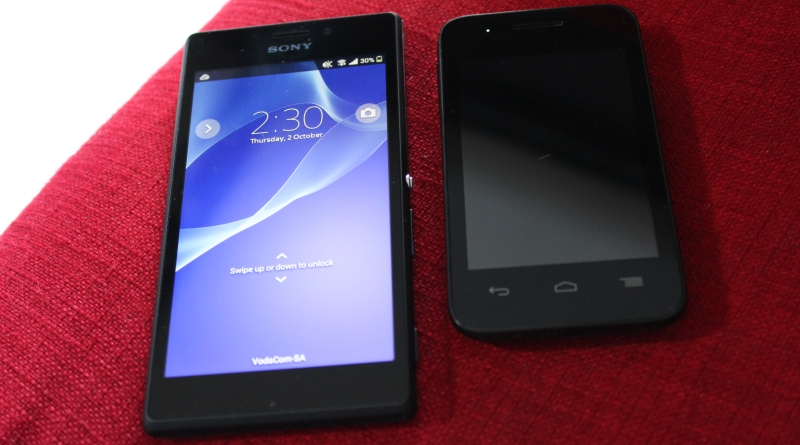 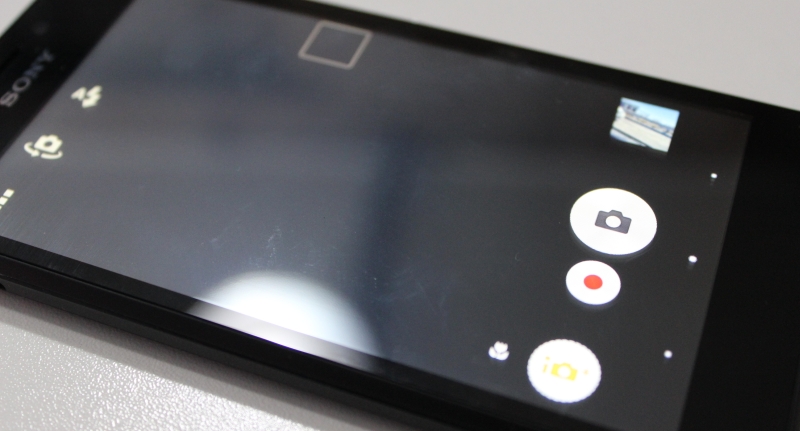 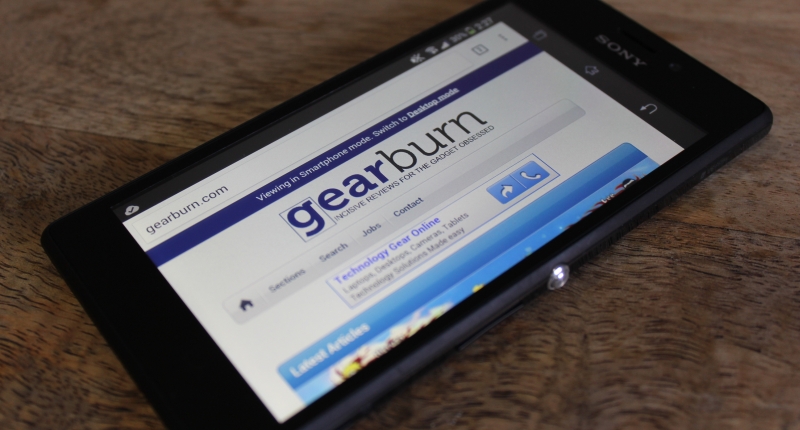 As far as mashing out a few password characters are concerned, the screen’s touch capabilities are ridiculously accurate and responsive, allowing for near perfect sentence reproduction every time. And this with Android’s less than perfect native tapper. This goes for swiping and other gestures as well.

Reasons to fling it though a window

While I have grown to love this phone, it’s not exempt from criticism.

The loudspeaker is horrific. My Vodacom Smart Kicka’s tweeter is a lot better, and costs a fraction of the Sony. You’ll be better off buying external hummers, and plugging them in whenever you listen to tunes out loud. Unfortunately, the speaker also makes conference calls a bit of a hash, even though the mic on the phone is particularly stellar.

Other gripes include the button placement and sensitivity. It’s very easy to accidentally flick the screen on, thanks to the large, circular power knob on the phone’s right-hand side. The sensitivity doesn’t help either, and often I wasted valuable battery life mistakenly switching on the screen in my pocket. The volume rocker and camera buttons are also too sensitive, requiring the slightest of nudges to accidentally activate.

Charging the phone takes a good number of hours too. Seriously, this phone takes ages to charge, and I’ve tried wall chargers, laptop chargers and power banks. This is probably a ploy to ensure the non-removable battery lasts for the phone’s lifespan (another cross, Sony) but there’s no comprehensible reason why a charge should last more than six hours. The battery’s capacity isn’t exactly large either, so don’t give me that “larger buckets take more time to fill” excuse. What does it all mean?

Is it an iPhone punisher, or a Samsung Galaxy gnasher? Not at all, it doesn’t hold a candle to the duo’s cheat sheets, but it’s not meant to. The Sony Xperia Z3 definitely is. The M2 takes the best of the Xperia Z range, scales it down and produced a capable, reliable and more than adequate mid-range maestro.

For the price, users will get a phone that’s solid, stable and undeniably great to hold. The camera performance is above average, the screen is a massive highlight and the performance when absorbing media — be it browsing or watching videos — is stellar.

Verdict: It’s a mid-range phone, but it’s still expensive. At around US$399, it’s more of an investment than an impulse buy. But buyers will inherit a fast, capable and incredibly solid piece of phone that looks and feels great. The battery could be bigger, which means the phone could be slightly thicker, but this is just Sony keeping up with modern trends. There are a few improvements to be made, but overall most of the issues don’t rear their heads on a daily basis, except perhaps the charging time. 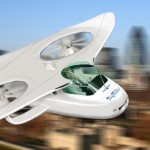