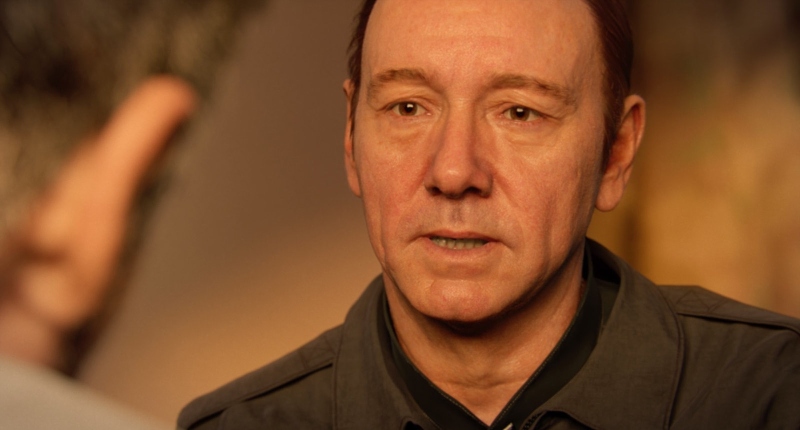 For over 10 years now the Call of Duty (COD) franchise has been the dominant force in war gaming and the FPS (first person shooter) genre. What started back in 2003 has now become a record breaking and award-winning gaming series and one of the most popular games on the face of the planet. But in recent times the COD recipe has become somewhat stale and stagnant and the last few titles seemed like a mere repackaging of their predecessors.

It was clear that Activision needed to rethink the future of its increasingly less original brain child. It was time for innovation. That is what they intended to do with the franchise’s latest instalment, Call of Duty: Advanced Warfare. Except for aiming to set the standard of new-generation gaming, they mustered every bit of their credibility and resources to bring us the best gaming experience they possibly could.

Let’s see how well their efforts paid off.

The year is 2054. You and your best friend, Will Irons, join the U.S. Marines (seemingly because of daddy issues) amidst North Korea’s invasion of its Southern counterpart. You are “Brothers in Arms” and an inseparable trigger-happy pair. But that quickly changes when, early-on in the game, Will Irons heroically blows himself up in true Call of Duty style and you are left with one less arm as a painful reminder of your loss. After paying your respects at his funeral you meet his father, Jonathan Irons (Kevin Spacey). In a conversation between him, your old squad commander and you it is made clear that Irons is no fan of the U.S. Military (probably partly due to him owning the world’s largest private army). Not before long he presents you with “a second chance” in the form of a new prosthetic arm and a spot in his private military company, The Atlas Corporation.

Then a new world threat arises. A Chechen terrorist group called the KVA, lead by Joseph Chkeidze a.k.a. “Hades”, attempts to liberate the world from technology and plummet it back into the Stone Age. The world turns to the extremely advanced military forces of the Atlas Corporation for help and so your journey into the world of Advanced Warfare begins. What follows is a blood-soaked series of action exuding battles and the suspenseful unfolding of an international conspiracy.

When it comes to Advanced Warfare’s narrative it isn’t something entirely special, at least not in terms of originality. It’s rife with predictable moments and plays like your typical A-List commercial action movie. But that’s probably the point. In recent years, it seems, many big budget companies focus their substantial resources to mimic the cinematic feel of films with the simple addition of interactivity. To them gaming is the future of experiencing stories. Basically the way I see it, Call of Duty is what the Michael Bay Hollywood action blockbuster is to the film world.

But even though it wasn’t a masterful work of literature, the story was surprisingly immersive and its pace expertly linked with its brilliantly crafted visual experience.

Advanced Warfare sucked me in for hours at a time. It didn’t feel like just another average cliché war game. There was something different. Something that made it, like Forbes writer Eric Kain wrote, “transcend the line between game and film”.

Read more: Battlefield vs Call of Duty: and the victory goes to…

The game deserves all the hype it garnered concerning its next-generation graphics. It is by far one of the best looking games I have ever played in my life. The game play visuals are so crisp and well defined, and its world so convincingly constructed that any other game I played afterwards felt like something from the retro era. But it’s the cut scenes that truly boast the beauty of this virtual creation. The sense of realism they convey will make your heart skip a few hundred beats. Character’s faces are rendered with beautiful and striking accuracy, making you feel as if you are sitting with Spacey in that very room.

But if you move away from the character’s faces you will notice that the rest of the world doesn’t share the same quality, especially the surfaces of buildings for example.

Furthermore, the game’s mechanics aren’t what I expected. If you go around gunning some random object you will notice they don’t break at all. Some won’t even bear a scratch. Admittedly, Advanced Warfare isn’t the type of in-depth exploration game where you would care about these details but I feel the developers were a bit sloppy here. They really should’ve done a better job. A feature I found interesting was something called the “Shader-Preload”. This function allows you to load the entire chapter’s textures in advance resulting in smooth, non-stuttering game play. But this requires you to have a healthy amount of RAM and can cause excruciatingly lengthy loading times. I played without this setting activated and I didn’t experience any real discomfort.

Yes, you will need quite a powerful system to experience Advanced Warfare in all its glory but, to be honest, after you’ve completed the first level in Seoul the demands on your system (for the most part) do grow somewhat less.

What about the gameplay?

In most ways, Advanced Warfare still follows the bullet raining and adrenaline pumping fast-paced shooter recipe that has become the essence of the COD series. But with a few simple changes and additions, combined with its insightful rendering of the future, this new instalment provides a fairly fresh and immersive experience.

The future pits you against an entirely new range of threats, mostly in the form of advanced robotics. You will not only fight against swarms of annoyingly agile armed drones but, in certain unforgiving times, you will come face-to-face with the dreaded Mech warriors a.k.a. the X1 Goliath. These tenacious bastards are armed to the teeth and can eat a considerable amount of lead before they accept death. Fortunately, the future also comes with an entirely new arsenal of weaponry such as laser guns, threat detection gear, smart grenades and of course, the Exo-Skeleton.

The Exo-Skeleton mainly enhances manoeuvrability, giving you the ability to speedily strafe to the side or launch over tall obstacles. I rarely found myself relying on these abilities though. Amidst the storm of bullets and explosions I ended up focusing more on returning fire than testing out the Exo-Suit, unless prompted. But once you get use to it, it does open up some really interesting possibilities in combat.

After each mission you earn upgrade points. This can only be used to upgrade your Exo-Suit. I think it is a welcome addition to add some character progression in a COD campaign but I also think it needs some work.

I honestly didn’t see much difference in game. “Threat Detection” is the addition that I found the most exciting through the campaign. It comes in the form of grenades and gun-sights. Basically, threat detection highlights your enemies in red and enables you to see them through obstacles such as walls and smoke.

The grenades reveal all enemies in the blast radius but only for a short period, though. The sights are permanently active, if equipped, and makes picking off enemies one-by-one a walk in the park. Once you’ve experienced a weapon equipped with threat detection, other guns will seem rather pale in comparison.

You will also often be put in a variety of pleasingly destructive vehicles such as futuristic hover tanks and bikes. The hover tank packs amazing fire power and will probably one of them most destructively fun things you can do in the game. In one mission you even get the chance to fly a jet fighter and navigate through a rather tricky landscape as you battle against other jets. Finally, an improvement I really enjoyed was the new HUD interface, or rather the lack of it. All the features you would normally see around the borders in previous COD games have been stripped away and can now be seen as holographic reading on your gun. I feel this increases the game’s level of immersion and fits in well with the theme of future warfare.

It does not only deliver in terms of content or game play experience but also features a riveting edge-of-your-seat-narrative. Its futuristic setting provides a distinctively fresh edge and gives the COD series the fresh restart it needed. But, following the franchise’s path through the ages of warfare I can’t help but ask: “What’s next?” We’ve seen it all, and now even a rendition of the future. Well, whatever happens, Advanced Warfare has restored my faith in the series and I am sincerely looking forward to the next title. 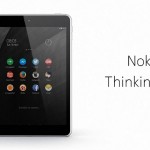