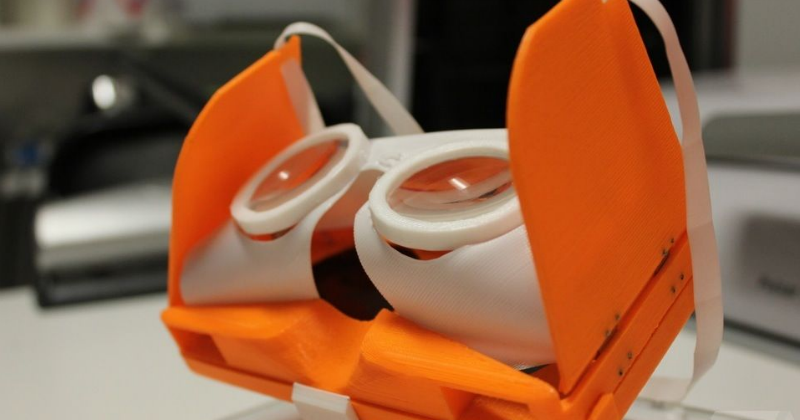 Following Google’s virtual reality (VR) headset Cardboard, in June, Canadian developers have taken it onto themselves to bring about an innovative VR gadget for iPhone users called Pinć (or Pinch) — a low-cost augmented media hub.

Oculus Rift is pure bad-ass, but it’s expensive and sits on the heads of a few lucky developers and beta testers. Then again there are others like Sony’s Project Morpheus and the Gear VR by Samsung. But they’re all very similar. Pinć promises something new. Whether that be good or bad, we’ll have to wait and see.

By wearing these LED rings on each of your index fingers, you can enact a Minority Report-like scene by pointing and clicking in the air — they’ll be tracked by Pinć.

The company talks of its virtual keyboard which you can use, typing in the air like a Sci-Fi Tom Cruise.

The virtual keyboard can be found in the Pinć app alongside a painting app, shopping app, photo section and so on.

Another feature that sets it apart from the other VR headsets mentioned above is the fact that the company has a strong focus on mobile commerce — not gaming as the rest.

The device is currently being crowdfunded and will ship next year if you cough up C$99 today.

Image via The Verge. 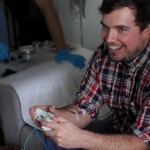