By Wiehahn Diederichs
Read nextTelltale’s ‘Game of Thrones: Iron from Ice’ according to the internet 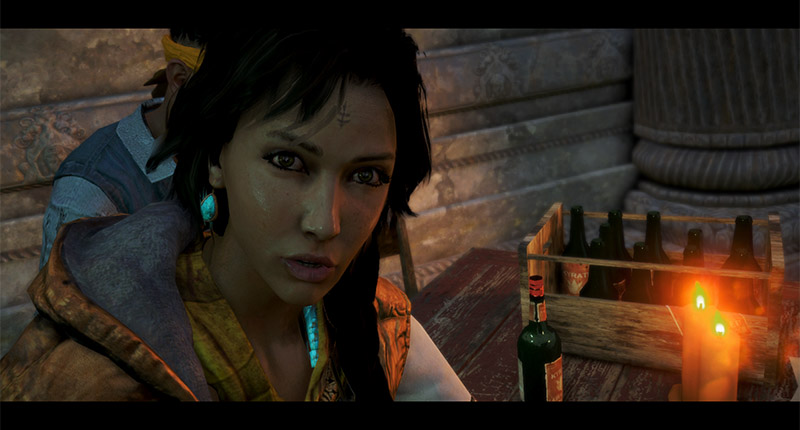 Welcome to the vast and unforgiving wilderness of Kyrat — a fictional region in the Himalayas and the setting for Ubisoft’s latest title, Far Cry 4. Get ready to enter a full-fledged civil war in a land of myths and legends.

In its lengthy 35-hours of gameplay, you will be introduced to a string of pleasingly unique personalities, from a Bible-crazed weapons-dealer to a peculiar pair of deceiving stoners.

Boasting a more refined and improved Far Cry recipe, this title is assured to meet most (if not all) of your gaming needs.

You play as Ajay Ghale, a Kyrati-born-American-raised young man, who travels back to his homeland to fulfill his mother’s dying wish by scattering her ashes in the mystical land of Kyrat. But as soon as he arrives he discovers that he is the son of the revered rebel leader, Mohan Ghale, and suddenly finds himself entangled in the midst of a violent and bloody civil war.

It’s waged between The Golden Path, the rebel group founded by his parents, and the Royal Army of Pagan Min, a severely twisted and surprisingly fashionable dictator who “bats for the other team”, (your mother being the only woman who he ever indulged in). Ajay Ghale, unconvincingly swift, takes up arms and dives straight into the Kyrati clash, setting out to take back Kyrat for the people and demolish any trace of the wicked Royal Army. But there is also an awkward power struggle taking place within The Golden Path itself.

Two prominent and respected members of The Golden Path, Amnita and Sabal, have two very different visions for the rebel group’s future and your actions and choices dictate who the leader is at any given time.

Amnita believes that they should capture the Royal Army’s resources, such as the heroine trade, and utilize it to steer Kyrat into a brighter future. Sabal is old-school, feeling that Amnita’s aspirations will only lead to a repackaging of Pagan’s rule.

He wishes to revive and uphold the ancient culture of the Kyrati people, an ideal Amnita believes is a relic of the past.

Far Cry 4 has its share of plot holes but they are quickly overshadowed by an otherwise rich and immersive narrative.

This narrative is mainly carried by a seemingly unending plethora of unique and vivid characters, which are enhanced even more within the context of a civil war and spiritual landscape.

The story masterfully balances humour and drama, and results in a very fulfilling game experience. One moment you will be listening to a widow’s tales of misery and then suddenly you will be in the middle of an entertainingly ignorant and trigger happy American’s rant. This host of brilliantly created characters breathes life into Far Cry 4 and its narrative and is one of its most pivotal and successful characteristics.

Unfortunately Ajay Ghale (your playable character) doesn’t seem nearly as convincing and profound as any of the other characters. Many of his actions seem without motivation and he is sometimes just too agreeable, making him lack in both authenticity and potency and is a step down from the drive I felt when playing Far Cry 3.

Graphics and the mystical land of Kyrat

The Far Cry franchise is one of the biggest names in gaming, so it will come as no surprise that its graphics are of more than worthy merit. It may not be the eye-melting quality of Advanced Warfare but it is not far behind.

Read more: ‘Call of Duty: Advanced Warfare’ a glorious assault on the senses

The fictional in-game world of Kyrat is a massive playground to carry out your “honourable” activities of misconduct. Its Himalayan setting boasts breathtaking natural and man-made scenery. Tranquil rivers flow in between an endless range of richly vegetated mountains, which are adorned with the symbols and figures of the Kyrati faith.

But Kyrat is no holiday destination. Inhabiting this serene landscape is a fearsome variety of dangerous predators (not to mention the crazy eagles) and an army of Pagan Min-loving soldiers.

The land’s fauna freely roam the wilderness of Kyrat and can pop up anywhere at any time.

There was one instance where I was slyly sneaking up on an enemy compound, ready to covertly dispose of its armed forces. I was stealthily positioned on a nearby rooftop, marking my targets, when out of nowhere a flesh-hungry tiger not only comes to attack me but alerts the entire compound of my presence.

Needless to say, this rapidly turned into a bloody exchange of bullets and violence. Although this totally wrecked my plan it revealed something very exciting to me. — the world you find yourself in is alive. You’re not the centre of this world, but a participant in it. Life beyond your run and gun antics still moves on.

Eagles are hunting honey badgers while a pack of dholes are attacking innocent civilians. Two bears are in the middle of a territorial battle while the Royal Army is taking hostages. It evokes a sense of realism that I do not often see in games and I think is one of the factors that make Far Cry 4 an astounding title.

As expected from the Far Cry series, Far Cry 4 features a massive in-game world that you can freely explore, crafting your own way forward and building the future of Kyrat and The Golden Path as you see fit.

The beautifully constructed setting is filled with intriguing wonders such as temples and religious statues. I constantly found myself drawn to them in the hope of discovering some kind of hidden treasure. but this was to no avail. They were never more than just a pretty site, which I found a bit disappointing.

When something attracts me in a game world I expect there to be some interactivity involved or at least a form of significance. In reality when we visit such wondrous locations it fills our mind with bold possibilities. Did the ancient architects hide some secret path or treasure within the confines of this fascinating structure? A gaming world provides the opportunity to satisfy these adventurous desires but unfortunately here, Far Cry 4, fell short. As mentioned earlier, Kyrat is a dangerous wilderness. The world is littered with threats from both human and beast. Stay on the roads and, at some point, you will pass by an enemy encampment or patrol. Yes, it will provide you with an extra bit of action but you will have more than a liberal share of killing while completing missions and taking over enemy territory.

Venture off the beaten track and you will frequently run into a pack of wolves or dholes, or face the tenacious and fatal agility of a leopard. Roaming through this merciless landscape on foot might not always be the best way to go.

Fortunately, there is a generous selection of transport to choose from, providing a safer and fast way to travel Kyrat. These include a variety of land vehicles, boats and even a gyrocopter. Vehicles, such as pick-up trucks and four-wheelers, are plentiful and will probably be your most regular form of transport. Boats are a bit more exciting but rarely ever fall on your designated route.

A gyrocopter is an uncommon find but is by far the quickest, and most amusing, way to travel and makes eliminating threats a sinch.

Exploring by foot has its own benefits. Hunting is a big part of the Far Cry 4 experience. Gathering animal skins are necessary for crafting and upgrading, such as increasing the number of weapons you can carry. They usually also sell for a generous price at trading posts.

While most animals do present immediate dangers, the elephant can become a powerful ally. By unlocking an ability in your skills-tree, you gain the power to ride these mysterious yet burly creatures. They can destroy almost any object in their path and, when charging, can be a devastating rival to your enemies. They are also just a brilliantly entertaining way of exploring Kyrat. While were on the subject of annihilating your foes, let’s talk weapons.

Far Cry 4 present you with a substantial arsenal of weaponry. From a bullet showering LMG for close-combat to a silenced sniper rifle, it will satisfy anyone’s playing style. But even though I could choose from an almost endless array of arms, once I found my load-out I rarely strayed from it, which did make the gameplay slightly repetitive.

Once you’re able to break free from the absorbing world of Kyrat, there is an abundance of activities to take part it. Campaign and character missions take you through an extensive and immersive balance of story and action. Side quests offer a fun and brief break-away from the campaign’s demanding experience. This includes taking part in various races, hunting animals for Kyrat’s most famous fashion designer and, an old favourite, rescuing hostages.

Verdict: Far Cry 4 was a memorable journey into the primitive human psyche. Its host of delightfully eccentric characters and their conflicting motives resulted in a captivating and engaging experience. Combine this with the breathtaking and mystical setting of Kyrat and you have a first-rate title in your hands.

Sure, like any game, it had its share of convictions, but they were scarce and easily outweighed. It did lack some innovation in the general sense of gaming but it is clear that time and effort went into this monster of a game and is something that doesn’t come around to often. No matter what way you look at it, Far Cry 4 definitely deserves your attention. 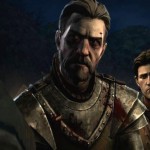 Telltale’s ‘Game of Thrones: Iron from Ice’ according to the internet
Gaming • 3 Dec 2014
Read More
More