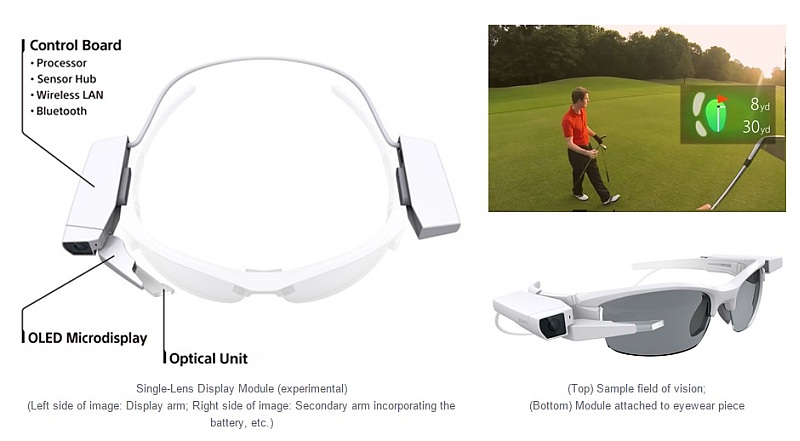 Sony has today announced that it’s developing a detachable single-lens display module, or in layman’s terms, a competitor to Google Glass.

Google’s Glass smart wearable has proven to be a failure for the Mountain View company but Sony seems to think it can venture into the territory, make an alternative and can make it popular with consumers.

Sony describes the awkwardly named “SmartEyeglass Attach!” as a “Compact, Lightweight Single-Lens Display Module with OLED Technology”. The device clips onto your existing pair of glasses and “can turn eyewear of varying designs into smart devices”.

The compact display tech consists of a 0.23″ High-Resolution Color OLED microdisplay, with a resolution of 640×400 and has the ability to display “rich, vibrant color” — even outdoors in sunny conditions.

The module clips on “fashionable glasses, goggles, sunglasses, or other type of eyewear” and it further augments standard eyewear with a colour OLED microdisplay plus connected camera.

The company said in the announcement that it sees the module being used in various sports such as cycling, running, tennis, golf and also sees potential in the enterprise market, in which it can be linked to a factory’s internal infrastructure system to deliver hands-free instruction to workers.

Other uses for the module according to Sony include it being paired with an action camera to allow the wearer to view remote display, or check the angle of view of what is being captured from a distance.

The problem with Google Glass is that it’s not affordable and impractical, so Sony will have to beat this price to entice consumers. Its other advantage is that the module can be detached when not in use, making it a more practical concept.

Sony will be unveiling the display module for the first time to the public at the 2015 International Consumer Electronics Show (CES) event in Las Vegas on 6 January 2015, but no pricing information has been made available yet.

Sony hopes to start mass production of this display module within the coming year. 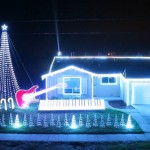