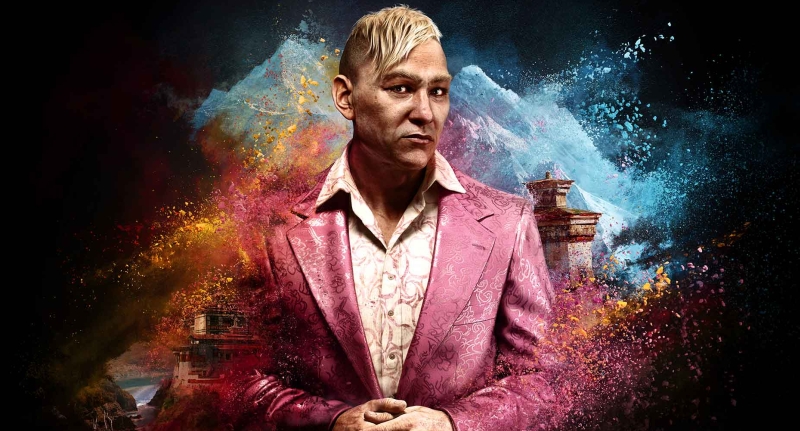 I played a lot of crap over those dry twelve months of gaming. The Crew, WWE 15, Assassins Creed: Unity, Destiny, Call of Duty, Watch Dogs, The Evil Within and a hell of a lot more. These were average games at best that boasted new features, better graphics but little to speak of when it came to honest-to-goodness fun. And if it weren’t for the PSN outage at the end of 2014, I wouldn’t have played Far Cry 4 at all – so a rare thanks to Lizard Squad.

Far Cry 4 was one of my only new games on disc (I stick to digital downloads exclusively now), so it didn’t have to authenticate with PSN in order to boot. This meant that while every other new game was locked out for me, I could still play Far Cry 4. I hope you played it in 2014.

It was for me, the best open-world game yet.

Even GTA 5 seemed tired and weak in comparison with its sexist clichés, overly similar mission structures (minus the heists) and poor characterization. Far Cry 4’s having none of that. Protagonist Ajay Ghale starts out as a blank slate and quickly fills out into a hero for war-torn Kyrat. King Pagan Min is a funny thorn in his side, occasionally radioing in with nutty quips about outlawing candles and the side-cast is wholly fulfilling. The two sides of rebel outfit the Golden Path are both fascinating characters in their own rights, both representative of the different paths it takes to kick start a country. During the game, you’ll make some tough choices with Ajay as you attempt to free Kyrat from Pagan Min’s grasp. It’s fascinating how Far Cry 4’s morality system works: no choice is inherently good or bad but, oddly enough, you will lose karma points for shooting innocent civilians. Still, I did it constantly you know, for laughs.

I was hesitant to play Far Cry 4 because I truly didn’t enjoy Far Cry 3. Yeah, I was one of those rare ones who couldn’t get into it. I played until Vaas died – which happened far too quickly – and then lost interest. Far Cry 4 though has deeply hooked me. It’s hit the gameplay sweet spot that few other titles have seem capable of. Games like GTA 5 are huge and cool to explore, but you feel like an overpowered flea. Dark Souls 2 gives you tremendous freedom and pumps you up with glee after each boss fight, but it’s too hard for casuals to enjoy. Far Cry 4 strips away the artifices of yesteryear and plunges you headfirst into a barrel of gaming. To put it simply, I wish I wasn’t writing this so I could be instead playing Far Cry 4.

Graphically, this is current-generation all the way. Realistic grass, furry animals, a sense of weight when you move, excellent-looking weaponry, a draw-distance that carries on for miles, everything’s a treat. I love how detailed facial expressions are, and how the NPC’s, animals and environment all blend perfectly into the faux Himalayan settings. I stagger to imagine how incredible it must all look on a jacked-up PC, because PS4 Far Cry 4 is a treat for the eyes and ears. There’s also a fantastic sense of choice at place. I remember how in Assassins Creed: Unity, every mission eventually boiled down to a clunky swordfight. For a game about sneaking, it was hard to remain unseen. Far Cry 4 doesn’t give a toss what you do. Go in guns a-blazing on top of an elephant or chuck in some meat so that tigers can tear a camp apart as you silently snipe enemies from a distance. Choice baby, Far Cry 4 has it. This extends to the weapon load-outs that had me downright confused at times. You can carry four weapons at once, but I hated letting my prized possessions go. Should I be the sneaking master with my bow, auto-cross bow, silenced sniper rifle and pistol, OR tool up with an elephant gun, flamethrower, boomstick and grenade launcher.

“I don’t care what you do, just have fun,” says the game as you dash into an enemies face with a blade the size of your forearm. There’s just so much freedom to do what you want and play how you like, it’s incredible how Far Cry 4 manages to hold it all together. This is how a real open-world game should be. Everything else, take note. Far Cry 4 also has a breezy co-op mode which makes it essentially fifty times more exciting. After solo’ing most of the missions for a week, I decided to tackle the boss fortresses, giant castles with near impenetrable defenses which Far Cry 4 warns you is “easier with a co-op friend”. It’s right too. I tackled my first fortress with a friendly chap I found online. He was a casual, unable to snipe correctly and barely proficient with the bow. He admitted that he was new to the game and as such, I made him my sniping backup. From high up on a hill, my camping buddy slowly chipped away at the outer defenses of the castle. Boom-crack and another sentries head explodes in a fine mist of blood in the far distance.

I carefully followed each one, disposing of their bodies so that the other guards would not detect us. After ten minutes of stealth, I “accidentally” knifed a heavy solider too close to a guard dog and sadly, all hell broke loose. Helicopter after helicopter whipped down as bullets and blood spilled. I took to the peak of the castle and began blasting each chopper with my grenade launcher as my online friend continued to snipe the ground support. After five minutes of explosions, the last noticeable guard fell and we began to loot the parade of corpses. From afar, and unnoticed, a suicide bomber sped into both of us, taking us down and negating our efforts. We spent another twenty minutes on a different stealth strategy that was no less as fun yet this time, no alarm bells were rung and no helicopters had to die. I could have replayed this scenario many times more and come up with a different take on it. After our victory, we took a victory lap around the castle with a quad-bike and a rocket launcher, playing rocket-tag with corpses. 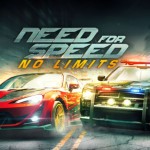