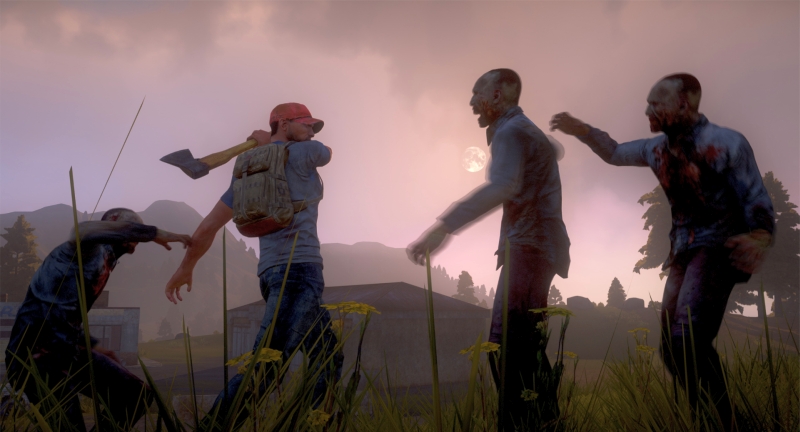 A day late and a dollar short? If you’re wondering why out TGIF roundup is falling on a Monday this week, we blame CES 2015. But that doesn’t mean Monday shouldn’t at least get some of the fun.

Get your week off to a good note by watching last week’s most wonderful and weirdest tech and gaming videos.

First and foremost, Evolve beta is finally live on Xbox One with the technical previews ripe for PS4 and PC picking too. As a result, the net has been crawling with gameplay videos. We’ve filtered through the crap to bring you the most interesting.

Do you know what else is live? Ubisoft‘s massive apology for ruining Assassin’s Creed Unity. The “Dead Kings” DLC brings its fair share of annoying lantern lighting scenes. Meanwhile, Sony Online Entertainment’s zombie-survival MMO H1Z1 alpha was released this week, with players getting a chance to view the post-apocalyptic deep south before others. But not everything has been going to plan.

Nintendo has also been fairly busy this week, especially after its first Direct news conference of the year, and with it comes The Legend of Zelda: Majora’s Mask’s gameplay trailer.

But without any ado, here are the best videos of last week.

There’s another highly anticipated exclusive coming to PS4 this March, and details are emerging bit by bit. In the latest big reveals, PlayStationHK has published a new gameplay trailer that highlights some of the controls you’ll use to repaint the dilapidated streets of Yharnam crimson.

Hack and slash seems relatively easy with the layout too, but the antagonists don’t look too easy to sway. Severing limbs with the right combinations under extreme pressure will make Bloodborne extremely fun and rather testing. Are you looking forward to it?

We’ll have to wait until 24 March to see if it was worth the wait.

2. ‘Evolve’ is dividing opinions between PC gamers and console lovers

There’s a reason it’s called a technical preview. Evolve has stretched its monstrous arms across the major platforms this week for fans to have a go and Turtle Rock Studios to catch the glitches. And it seems as though there are quite a few.

Early PC gamers with recommended specifications are complaining about poor optimisation and FPS dropouts. Of course, this is not a surprise considering the game is in beta, but three weeks prior to launch it’s concerning. We haven’t heard many issues coming from console gamers though.

Evolve, at least for us, seems like a game that wouldn’t carry an entire all-nighter on its shoulders, but for momentary blasts it should be just the poison. Have a look at the graphics on PC above.

Read more: Here’s the hardware you need to run ‘Evolve’ on PC

We’re not sure if this DLC is far less frightening than being the next king of France, but it is fairly dark. And we like dark.

YouTuber NukemDukem uploaded the first few minutes of the DLC’s gameplay which looks a great deal less jumpy than Ubisoft’s original creation. There’s quite a bit of stealth skills required and a lot of faff featuring dipping lanterns into oil barrels, but overall it’s a good apology from the company, and at least the download size is under 40GB.

Along with its airdrops and easily defeatable zombies, H1Z1 is one of the more anticipated games of the year for the PS4 and PC, but how is it?

To be fair, Sony Online Entertainment (SOE) botched up its marketing campaign, thanks in part to its airdrop “pay-to-win” system. Since the alpha has gone live earlier this week, SOE’s Adam Clegg apologised on Reddit for the system and SOE’s president John Smedley has offered those unhappy with the game refunds though Steam.

Worst of all? It’s not the smoothest or greatest-looking game either. But have a look at GameRiot‘s playthough. To be fair, it does look more interesting than Evolve.

Nintendo has some big releases this year and one of them is The Legend of Zelda: Majora’s Mask. The company has now launched the gameplay trailer for 3DS re-launch which in all honesty only makes us more eager to spend hours playing this game.

Whether you’re a Zelda fan or just starting out on Nintendo’s platform, it’ll be a great little game.

Bonus: Because no gamer is without fail

You thought we forgot about this week’s smelly batch of fails, didn’t you? Unfortunately, along with life’s triumphs we enjoy celebrating the low moments too and sometimes these often unfortunate instances make for even better viewing. Case in point? GameSpout‘s rather snarky batch of fails above. 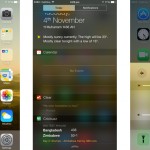