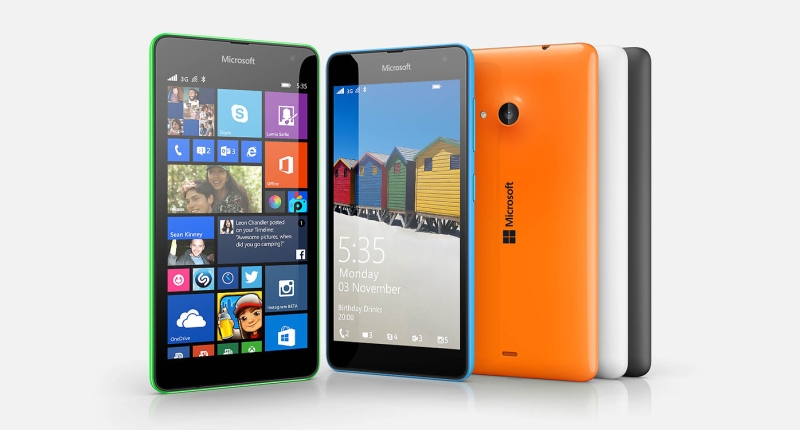 Microsoft, after much faffing about it must be said, has finally debuted its first non-Nokia branded phone in South Africa.

Dubbed the Lumia 535 it will set consumers back around R1699, which is quite steep considering its hardware but it is squarely aimed at the entry-to-mid level market.

A Qualcomm Snapdragon 200 chipset — the same as found in MTN Steppa 2 smartphone — is the brains of the outfit while it also comes with 1GB of RAM, 8GB of microSD-expandable memory and a rather-large-considering 5.0-inch screen. Note the resolution is kept at the 960×540 budget range.

Of course, there is an emphasis on optics as well keeping with the Instagram generation’s needs, with a 5MP selfie camera dominating the front of the phone. There’s a 5MP camera at its rear too, and if the quality of previous Nokia Lumia cameras are taken into account, both snappers should perform admirably.

The phone currently runs Windows Phone 8.1 Denim, but it will receive Windows 10 in due time once the company officially unveils the operating system to all platforms. It will also sport both dual and single SIM options.

For now however, it does seem like a solid start for the post-Nokia era for Microsoft. Whether the company will enjoy the success its Finnish acquisition has had in the past remains to be seen.