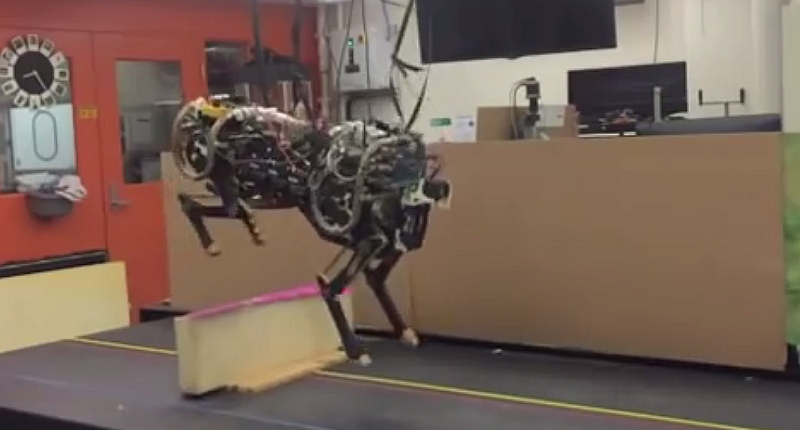 This week MIT researchers released a video featuring the first ever four-legged robot that can identify and jump over obstacles while running.

Thanks to a new three-part algorithm, MIT’s cheetah robot can size up the height and distance of an approaching obstacle and estimate the best placement of its feet right before jumping. The robot is also able to assess how much force it has to exert to clear the obstacle and land safely.

“A running jump is a truly dynamic behavior. You have to manage balance and energy, and be able to handle impact after landing. Our robot is specifically designed for those highly dynamic behaviors,” notes Sangbae Kim, an assistant professor of mechanical engineering at MIT

This four-legged robot can see, run and jump autonomously

Earlier this year, MIT researchers succeeded in getting their four-legged robot to run untethered without the use of any vision system. Fast forward to today and the Cheetah robot can now see and map its terrain using reflection from a laser courtesy of an onboard LIDAR vision system.

The process enabling this four-legged robot to see, run and jump involves a thee-part algorithm. First, the algorithm allows the robot to detect an obstacle and assess its size and distance by treating the ground as a straight line, and any obstacles on it as a deviation. Next, the algorithm guides the Cheetah robot to adjust its stride, backtrack, and position its legs for the best jumping-off point as it nears the obstacle.

And finally, the third component of the algorithm is responsible for helping the robot gauge its jumping trajectory. At this stage, the robot estimates the obstacle’s height, the robot’s current speed, and the amount of force it has to exert to successfully jump over the obstacle.

This algorithm is also unique because its programmers decided estimated precision is more effective than optimal precision. “If you want to optimize for, say, energy efficiency, you would want the robot to barely clear the obstacle—but that’s dangerous, and finding a truly optimal solution would take a lot of computing time. In running, we don’t want to spend a lot of time to find a better solution. We just want one that’s feasible,” says Kim. 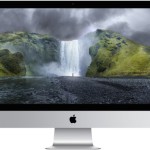