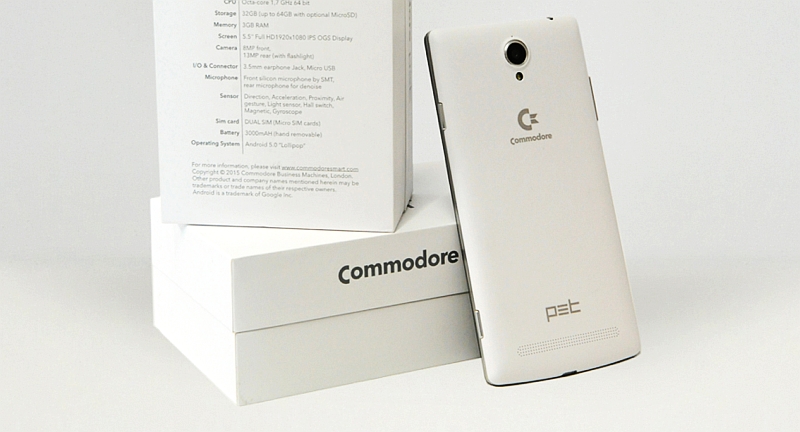 If you spent your time “computing” in the early Eighties, a famous name might ring a few bells: Commodore. It’s a company responsible for what remains the best selling home computing system ever launched back in 1982 — the Commodore 64. As its name suggested, it boasted 64kB of RAM, which at the time was an impressive amount, but if there’s one constant in technology we can learn from is that things barely ever stand still.

While the nostalgia-inducing Commodore name is back, its new product is a little different. It’s a phone called the Commodore PET.

According to Wired, it isn’t Commodore as we’ve known it prior to 1994 either. The company, partly-revived by two Italian businessmen Massimo Canigiani and Carlo Scattolini, registered Commodore Business Machines Limited in the United Kingdom and use the Commodore name on their smartphones. That’s not a terrible thing, but it does take some of the charm away from the affair.

While we wonder what type of smartphone Commodore would release if it was still around, the Italian duo certainly know their numbers and specifications.

For starters, the PET seems distinctly OnePlus, boasting a white polycarbonate finish with tasteful silver trim and stylized C moniker on its rear. It can definitely compete specs wise with the company’s devices too.

There’s a 5.5-inch 1920×1080 screen, a MediaTek MT6732 octa-core CPU running at 1.7GHz and a healthy 3GB of RAM. There’s also 32GB of internal storage to complement the package while we find a 3000mAh removable battery reservoir tucked neatly behind a sloping rear shell. Alongside dual SIM support, there’s an LTE radio and a 13MP rear camera. There’s also a 5MP unit up front for selfies.

While it sounds rather superb considering its estimated US$300 price tag, it also features “a pair of customized emulators for the Commodore 64 and Amiga games,” Wired continues.

Commodore might not be the tour de force it once was in the early 1980s, it’s great to see the name return to contemporary technology even if it is just a nod to the dawn of computing by the Italian entrepreneurs.

The phone will initially sell in various European countries but Commodore BM has plans to ship the device globally once sales and production picks up. So hold tight, you might just be able to own a little piece of history very soon, even if its not quite the history we crave. 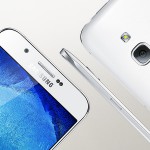