Here’s some huge news, especially for Africans waiting for more Chinese devices to hit the continent.

Xiaomi, the world’s fourth largest smartphone producer, is heading to the continent in September, a new Forbes report suggests.

The company, previously plying its trade in China and India among other smaller markets, sees ample opportunities in the continent that’s experiencing a massive mobile device boom.

According to the report, Xiaomi has employed the services of Mobile in Africa as a sole distributor for the “50 countries that constitute sub-Saharan Africa,” so it seems that South Africa is on Xiaomi’s list as well.

“I think Xiaomi is currently the one of the most exciting mobile internet brands. It is very well suited to the needs and income levels of the emerging middle classes in Africa,” RJ van Spaandonk, Mobile in Africa’s president told Forbes.

“There is a great need for mobile technology in Africa that is of top-notch quality but still affordable. What I found in Xiaomi is a company, and a business model, that can accommodate the needs of African consumers.”

It’s not known yet what devices we’ll likely see hit the continent, but we should definitely expect Xiaomi to compete with the likes of LG, Samsung, Sony, Apple and Chinese rival Huawei at the top echelon, as well as lower cost devices that encompass the Android One programme, and others. 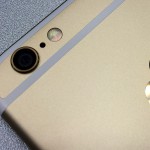