While we aren’t exactly short of Star Wars products popping up prior to the big movie release, HP does win our “coolest new laptop of the year award” hands down. And only Star Trek fans will probably disagree.

Featuring a “battle worn” finish which is supposed to remind you of how crummy the Death Star is, the Special Edition is also embellished with Aurebesh typeface. Even the touch pad “mirrors the X-Wing Star Fighter Guidance System” while the keyboard features red backlit keys.

Its interior doesn’t share the same distressed theme though, with an Intel Core-i5 or i7 CPU, up to 12GB of RAM and a 2TB hard drive for the entire Star Wars blu-ray collection you’ll probably want to store on it. HP’s also offering an Nvidia GeForce 940M discreet GPU.

It wouldn’t quite be a Star Wars laptop though without some software tinkering. It runs Windows 10, but the company has also laced the laptop with Star Wars memorabilia:

The machine will retail from October for €799 (probably around R10 000 in South Africa). The company also released a range that’s a little more grounded in the HP Stream.

HP EMEA director of consumer products Louis Perrin suggests that it is one of HP’s stellar introductions to the notebook market, which now promises longer battery life, and a few new colours.

“Last year HP created a very successful new category of cloud-based PCs when we introduced the HP Stream, giving customers a colorful, thin and light PC at an affordable price. Today we are excited to offer the second generation of these PCs with improved battery life, Windows 10 optimization and bold new colours.”

Two models are available: the HP Stream 11.6 and the HP Stream 13.3, both named after their screen sizes. Both devices come with Windows 10 preinstalled and other Microsoft goodies including 1TB of OneDrive storage for a year, an hour’s worth of Skype minutes a month and Office 365 for a year.

Internally, the devices feature Intel Celeron CPUs, 32GB of internal flash storage and up to 8.5-hours of battery life. And there’s a host of colours too, including Cobalt Blue, Violet Purple and Ash Silver.

The smaller HP Stream will start at €249, while the larger 13.3-inch model will begin at €299, both available from October. 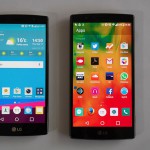