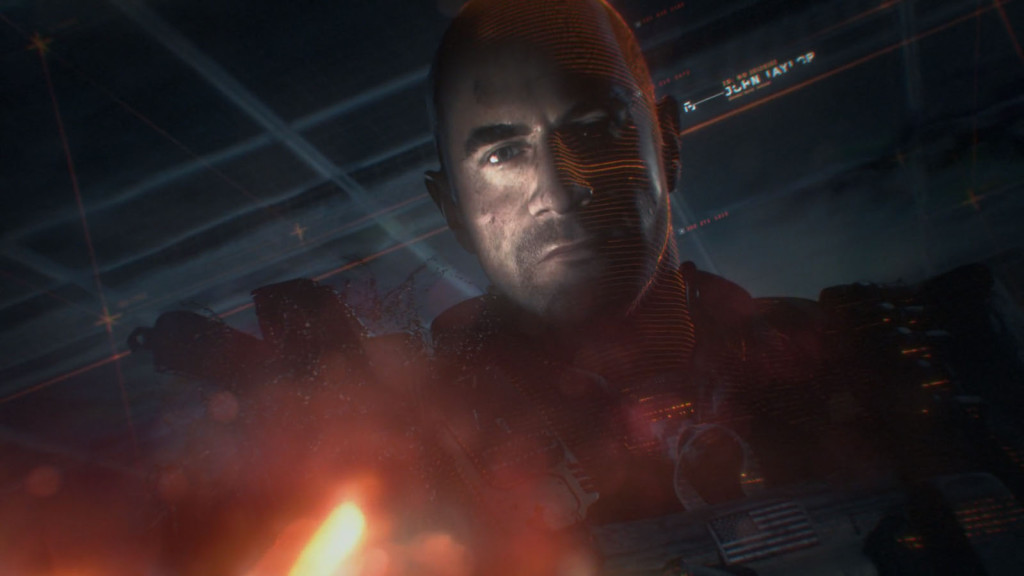 It’s that time of the year again when Activision hails its holy cash cow from the fields of death to bring us yet another Call of Duty instalment. This year developing studio Treyarch is responsible for Black Ops III and tries to keep the series’ rolling onwards.

This title takes us far into the future and provides us with the franchise’s most unconventional narrative to date, while bringing a host of new gameplay elements to freshen up their first-person shooter experience.

Think robot overlords, mind hacking, artificial intelligence and the ultimate evolution of the super soldier, and you’ll start to get a clearer picture of what this game is all about. But as the old saying goes, don’t judge a book by its cover

The year is 2065, 40 years after the last events of Black Ops II. As a response to the devastating drone attacks of the previous game, the world’s militaries have considerably beefed up their anti-air defence game and the battle has been brought back to ground level. But that’s not the only thing that went next level. In an attempt to gain an advantage on the ground too, military scientists focus their development efforts in the realm of advanced robotics and cybernetics.

The result? The creation of an army of cold and calculated robot units and the rise of a new super soldier, soldiers installed with various bits and pieces of advanced technology such as enemy seeking nano bugs and the DNI (Direct Neural Interface).

The DNI is basically a chip inserted in the human brain that allows its user to interface with its own cybernetic abilities, other machines and even the minds of other DNI users. It’s also the very foundation of the Black Ops III narrative for reasons I won’t spoil in this article (because that would be a spoiler, wouldn’t it?). Let’s just say that Artificial Intelligence makes a prominent appearance somewhere in the duration of the game. The player character (which can now also be played as a female for the first time in Call of Duty history) starts out as a normal run-of-the-mill Black Ops soldier. Our protagonist is assigned to infiltrate Ethiopia and rescue a group of hostages that are being held captive by the NRC. He/she is also assisted by Commander John Taylor (aka Christopher Meloni from TV show Law & Order) and his team of super soldiers.

Most of the mission goes according to plan but unfortunately you do end up getting your limbs torn off by one of those emotionally challenged robot units. Now this might sound terrible but it does lead to you being turned into one of Commander Taylor’s newest super soldiers, getting all the badass benefits that come with it.

It might not make a lot of sense, which is something I often felt while playing this game

Five years later you find yourself in Singapore, under the command of CIA Agent Rachel Kane, investigating a CIA black site that has gone quite. Here you have a run in with the 54 Immortals, the largest and most powerful terrorist group in Singapore and one of the main opponent’s you will be facing through the duration of the game.

The best way I can describe the narrative that follows is a web of conspiracies that gets tangled up with the distortion of reality that’s wrapped up in package of excess testosterone. It might not make a lot of sense, which is something I often felt while playing this game. With Black Ops III it is clear that Treyarch tried to do something different and, to some extent, they have pulled it off quite well. The futuristic setting and all the technological baggage that comes with it has lead to a pretty original narrative…at least when looking at it overall.

Upon deeper inspection though, I felt like it is did start falling a bit short. The dialogue was pretty standard, especially from my player character, which also made it hard for me to relate to the story and my place within it. And to be completely honest, most of the time I didn’t like him at all.

And a lot of the supposedly strong narrative moments just didn’t deliver the impact they were intended to and passed me by as I tried to keep up with the increasingly snowballing story.

Personally, the best narrative moments I had were in my head while mowing down waves upon waves of hostile robots. And this where Black Ops III truly shines.

If there is one thing that the Call of Duty crew, and Treyarch in particular, know how to do well then it’s gameplay, a recipe they have expertly honed and perfected over the years. When the time for action comes in Black Ops III, you forget about all the shortcomings of its narrative and the only thing that matters is exacting that special form of destructive justice on the poor bastards that dare block your way. Black Ops III is a visual spectacle and in all the best ways possible. From visually orgasmic level design to eye-dazzling cutscenes, all wrapped up in the cutting edge of graphics, this is a title that will make your eyes bleed with pleasure.

But to reach the ultimate visual experience Black Ops III has to offer also means that you will require quite a beefy system to run this game. Some players, with rigs that sport up to 12GB of RAM, still had a hard time getting the game to run smooth at its optimal settings. And even 12GB of the stuff isn’t exactly a common occurrence in modern gaming rigs.

But Black Ops III offers a lot more than just a pretty picture and this year’s instalment brings a lot of interesting twists and changes in terms of gameplay. Probably the most noticeable change is the inclusion of an RPG system. Unsurprisingly, it’s not the most in-depth system but is does add a bit of extra flair to the usual Call of Duty: Black Ops III experience.

Players can now choose from a modest array of faces for their character and, as mentioned before, can now also play as a female character. In terms of appearance, there isn’t really more to tinker with.

When it comes to your vast arsenal of weaponry and cybernetic abilities though, you will see where the real customization begins. As you progress through the game you will be earning “Fabrication Kits”, which is basically the currency you will be using to upgrade and unlock new weapons and abilities. Weapons will level up the more you use them, which will in turn unlock various attachments such as scopes and barrels to fit your gun, meaning that you can tailor your experience to your specific play style. You will also be able to switch your loadout mid-game via mobile armouries.

But what use is this futuristic armoury without any targets to practice on? Well, do not fret. Black Ops III will provide you with plethora of bullet raining and ground trembling enemies to test your gear on. From battle hardened terrorists to unrelenting robot warriors, you will be conducting a masterpiece of destruction as you switch between your abilities and weapons. Verdict: In terms of narrative, Call of Duty: Black Ops III has really tried to push the envelope but ultimately falls short in its execution. The story starts out strong but by the end fails to deliver the a satisfying impact. I was left wanting. When it comes to gameplay though, everything is as it should be and ever better, which is why most of us will probably be playing this game. 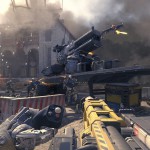