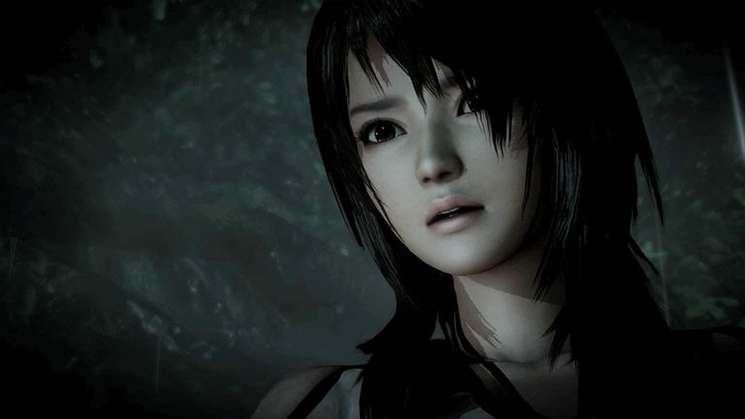 Known as Fatal Frame in the US, the Project Zero series has been around the Wii platform for a while now (and other platforms long before the turn of this decade), scaring many a kid playing titles not rated for them. Let me just drive this fact home once again: this game series is not for kids. Hell, some adults even find this scary. Case in point: me.

At least as far as the Wii U’s run of kid-friendly titles go, this time around, Project Zero: Maiden of Black Water is Wii U exclusive developed by Koei Tecmo and is the fifth in the Fatal Frame series. But with all previous Fatal Frame games, ghosts, haunting, eerie environments and that camera mechanic play key roles.

This sequel follows the lives of three very different characters in what was once the famed holiday destination of Mount Hikami. Why? Well, it’s pretty beautiful in the way that Japan’s natural landscapes can only be. And to fast forward to the game’s present day, it’s allegedly the perfect place to commit suicide by tossing yourself off a cliff into the ocean as well.

Suddenly ain’t so pretty now, is it? That’s not to say it isn’t an inviting gaming environment though. If I were a ghost, I’d definitely stick around. There’s many a place to spook unsuspecting victims, like the protagonist for instance.

We first meet Miu Hinasaki, who has a famous name when it comes to the Project Zero series. We first experience life through her eyes (at least, from a third person perspective anyway) in the initial chapter, which is set apart as the tutorial. For the most part, the tutorial feels like a part of the game, and that’s always a welcome experience. Far too often tutorials are laborious and often the most annoying part of a title. Breaking free of this, Miu and crew are tasked with solving a series of mysteries left behind by those spirited away and those who are alive but don’t seem as such.

And speaking of those spirited away, they’re trying to get you to join the club at every turn, so being on guard and stocked up with loot is pertinent.

If I were a ghost, I’d definitely stick around

To explain the basic mechanics, your initial and most important weapon is the camera obscura: essentially a nice piece of photography equipment that would fetch a fortune on Pawn Stars. Unlike traditional cameras, the obscura can see beyond the living world, and guard its user against the unliving. Think of it like this: film is your ammo, taking shots is quite literal here as well, while the obscura is the gun. Except, it can vapourise ghosts.

For the most part, the combat system feels messy, and that’s largely the fault of the Wii U. I was never privy to motion controls, and never will be, and unfortunately the most efficient way to aim the camera is waving the stupid Wii U GamePad in front of you like a magazine in a dimly-lit hallway. It’s obtrusive and unimmersive, but it does make surviving a struggle. A struggle that I absolutely relished. Miu isn’t the most confidence-inspiring protagonist either. She doesn’t show much personality growth through the entire game, but she does fill the player with a “I must protect her at all costs” drive. To protect her, picking up dropped items along the way is massively important, as mentioned above. Anything from purifying water (restores health completely) to medicinal herbs (restores health piece by piece) to purifying embers (which totally rids you of bad spirits) lies dropped along the paths. You’ll do a lot of running to and from things in Project Zero: Maiden of Black Water, so a set strategy is needed.

While water can also taint and destroy in the title, it’s equally healing

Too often I found myself heading into pools rife with ghosts to be attacked by 4000 of the bastards without any film. And film varies in effectiveness too.

And for one, I’m not sure why on earth Miu isn’t running around in a bomber jacket or trench coat either. Dressed like she’s about to party in Miami, Miu will probably soon be victim of the common cold than a ghost. Remaining dry in the dank environment is another challenge, as water’s the central rhetoric in this title.

Where it goes, you go, and that’s equally true with the rain. Remaining dry is the safest way to navigate Mount Hikami, but that’s damn near impossible. Of course, while water can also taint and destroy in the title, it’s equally healing. There’s a beautiful narrative undercurrent here, and highlighted by the unique animation style of the game. Sure, the Wii U doesn’t have a lot of power, but it does make Maiden of Black Water a looker.

And to keep ticking off the positives, there’s enough hand holding to keep the average gamer on the right path without too much nannying. Holding ZR in the GamePad marks a trail for you to follow, but this does require the gamer to seek out special items that allow for this. This can be anything from slips of paper, to photographs of ghosts to the smell of a cheeseburger (we imagine).

The strangest thing is the lack of dialogue in cutscenes

You’ll find yourself doing a lot of rinse/repeat moves in this title, and with over twelve predetermined levels, that’s a lot of repetition. There’s a distinctly annoying animation when your character reaches for a dropped item that lasts around two seconds. Yes, it sounds like I’m bitching, but it ruins the flow. That’s true with opening doors as well.

And that’s not all, folks. The strangest thing is the lack of dialogue in cutscenes. The game’s audio is a brilliant tale of moderation and “silence is always the loudest sound” but why can’t I hear the characters talking? I’ve combed through the game menu and couldn’t find a setting, so I’m genuinely not sure what’s going on here. Overall, it does seem like the Wii U is the one limiting factor in this game. Project Zero: Maiden of Black Water is a great game. It’s perfect for those who like to take their time exploring, with just a hint of pant-wetting between this, but it could’ve been so much better.

Where Nintendo does redeem itself here is offering the game’s first two chapters, or levels, on the eShop for free, which is a fair chunk of gameplay: around half an hour or more. So those who want to taste before they take can totally do just that.

Verdict: Although fun at first, repetition, sloppy combat and generally slow gameplay makes the latest Fatal Frame/Project Zero instalment an after thought. It’s not the Wii U’s best showing either this year, and perhaps because of the platform it finds itself on, Maiden of Black Water is just a splash in a pool of classier titles. Credit where it’s due though: it did scare the shit out of me when it wanted to. 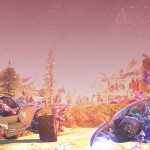