I’m not sure why Western-themed games are so rare. It’s a genre and time that we can more or less relate to, but just distant enough it to retain an element of mystery — a balance that sounds perfect for a game.

Thankfully, the ambitious Hard West aims to fill this gap, and does it surprisingly well. Developed by Warsaw-based studio Creative Forge, this turn-based strategy title boasts a strong narrative and immersive gameplay. Admittedly, it is not without its shortcomings but is undeniably still a title that is well worth your time.

So unholster your six-shooter and throw on your cowboy hat because it’s time to enter the Wild West.

Hard West starts out as a very simple and straightforward Western, touching themes such as the gold rush, a dame in distress and a good dose of lead raining disputes. But before you know it you’ll be making deals with the devil, running errands for Indian Shaman and shooting down flannel wearing demons.

The game provides you with three short storylines to play, which are divided into eight “scenarios”, all of them connected and intertwined in some manner. Four of these scenarios make up the first and main playable plot.

The scenarios are rather short affairs and even the main plot was over after a few hours of gameplay. I found this a bit disappointing as it didn’t give me enough time to really get used to the characters involved.

But that being said, these hours are tightly packed with content that add a lot of substance to the overall gameplay experience.

Hard West tells its branching story in two ways. First there is the narrator that talks about the in-game event in a past tense, perfectly setting the tone and pace of the story. The rest of the story is told via the written word in a “choose-your-own-adventure” style where you will usually be given a range of choices that will take the story in a different direction.

In most cases, these choices have great affect on both the narrative and gameplay, making the game unpredictable and adding a strong element of harsh realism. Maybe there’s an old mine and maybe it’s filled with gold. Maybe you decide to go in and maybe the mine collapses, crushing your hand, which is turn drastically, lowers your accuracy the next time you enter battle.

In terms of narrative, Hard West isn’t overly original but that doesn’t mean the story isn’t exciting or immersive. The unpredictable nature of the story will keep you on your toes and the Western theme does a lot to add a theatrical edge to the experience.

When it comes to gameplay it is hard not to compare Hard West to the X-Com series. It shares a lot of blatant similarities, such as the cover and action point system, but adds enough of its own elements to keep the gameplay fresh.

There are two ways you’ll be playing Hard West. First there is the world map. Here you will be exploring various locations with your posse, either to buy weapons and items or travel to quest locations.

This section is also where most of the storyline will be revealed via text boxes as mentioned earlier, with the location of your posse being represented by the cliché Western cow skull.

Here it is clear that the developers were trying to implement a sort of RPG system but unfortunately the rushed nature of the game didn’t allow this system to really flourish.

When visiting shops you can buy and sell weapons, healing items and buff items such as talismans that will provide its wearer with specific enhancements. The only thing is just as you’ve tailored your posse to your liking, the scenario will end and you will be put in command of a new posse, effectively nullifying all the work you put in into the previous one.

Posses are put together by completing missions that usually involve you rescuing the various individuals from their captors. You can have up to three posse members excluding your character who will act as the leader of the group.

The card system plays off like a poker game

Each posse member will have different attributes and it would be wise to review them so that you can provide them with the weapons and items that best compliment their strengths. There is no use in handing a sniper rifle to someone that has the aim of an infant baboon.

Fortunately, you can counter your characters’ weaknesses with Hard West’s card system.

The card system plays off like a poker game, which even though fits in well with the western theme can be a bit confusing to those who don’t understand poker and it’s different hands.

When entering the card screen you will see that each player has five card slots to fill, basically providing you with the opportunity to create a poker hand. Each hand, such as a pair or straight, will provide different bonuses while each each card itself provides its own unique ability.

This brings us to the second way you will be playing Hard West: the XCOM-like turn-based battles.

As the standard turn-based recipe goes, each character will have a certain amount of action points to spend before its turn is over. Actions include movement, shooting, reloading and using your abilities or items.

The locations you will be playing in are very well designed and boast a generous amount of cover and pathways to keep the game battle tense and unpredictable. Once you get the hang of the game play though, the difficulty drastically decreases and you find yourself just going through the motions.

The battles are incredibly fun though and you are really instilled with a sense of victory whenever your posse has eliminated their enemies.

But to be honest, battles are quite rare in the overall experience and, seeing as it is probably the main appeal to most that will play Hard West, it is a bit of a rushed experience.

Verdict: For me, Hard West was a bit of a missed opportunity. I thoroughly enjoyed my time with the game but this time was short lived and after it all I felt a bit unsatisfied. I feel that there it has a recipe that could have translated into truly incredible and in-depth game but in the end just lacks the consistency. But I can’t say that Hard West is a bad game. There were many moments where I was enthralled by the esoteric Wild West and its immersive battles. I just felt it all ended too abruptly. 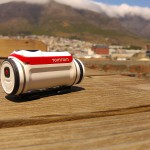