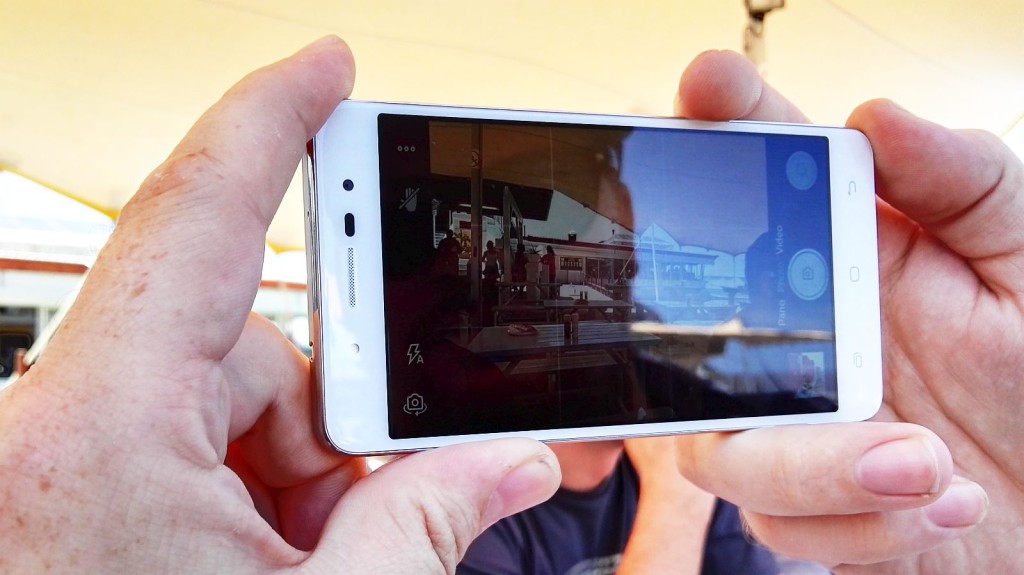 Buckle down, kids, because the Chinese device invasion continues this week. This time round, it’s Hisense, a company that perhaps has more investment in South Africa than what many may initially believe.

Unlike many of its competitors, it owns a factory in the Western Cape which manufacturers the vast majority of its fridges, televisions and other hardware we use in SA. This year the company is also scheduled to introduce smartphone construction to this bouquet, and one of the devices that’ll likely be pieced together there is today’s test subject.

We’re talking about the Hisense Infinity H7 Pure Shot, and yes that’s a long name, so I’ll be calling it the Pure Shot henceforth. What’s even longer though is this phone’s feature list especially in light of its modest price. But before we get under it’s skin, what’s in the box?

It’s standard fare all round, but it does boast the cutest charger we’ve ever seen. Like, it’s so small. Couple this with a charging cable and a pair of earphones and that’s it, folks. The usual helping of legal materials are also present as well as a user manual for those who’ve never seen an Android smartphone before (we’re talking to you, Apple users).

Overall, it’s on the bland side, like mashed potato without paprika

The box itself boasts Hisense’s large branding, with a white and green colour scheme. It’s neat and functional, without wasting too much marketing cash on stupid liveries. Gold star, Hisense.

This carries through to the phone as it’s simple on the design front too. Predominantly white, the Pure Shot is covered in plastic supported by a metal frame that gives it a solid feel in the hand. Thanks to the 5.0-inch screen, it’s the perfect size for the human hand too — it’s not too large, but it’s not too small as to make typing cumbersome. 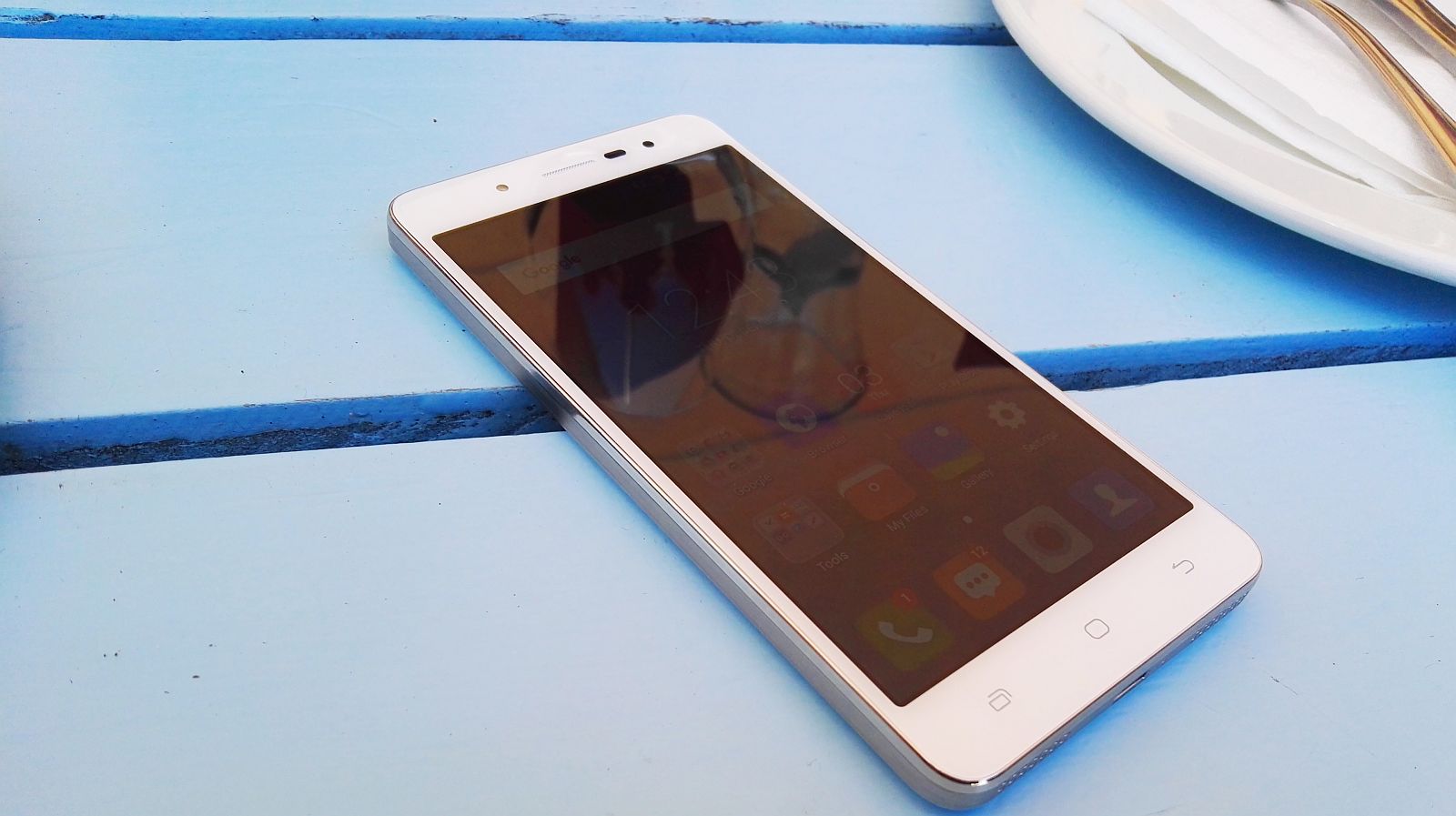 The user gets the usual selection of buttons on the right hand side of the phone, including a volume rocker and power bud. Both are firm enough to resist accidental slips, unlike the Huawei Mate S, and positioned in a welcome position. More usual is the array of fare in front and at the rear, including cameras, flashes and an interesting stereo speaker system at the phone’s bottom. This is tuned by Dolby, mind, and Hisense claims that it’s totally stereo. (Sidenote: And it totally is. It’s great).

Overall, it’s on the bland side, like mashed potato without paprika. Conservative would be the adequate word.

This goes for the specs sheet too, but considering its price point it’s well worth it.

Users get an octa-core MediaTek processor, 2GB of RAM and 16GB of internal storage — all more than enough to run Android Lollipop. Besides that, there’s a slot for a full sized SIM which will please those feature phone ditches, and a battery that can hold 2000mAh’s worth of juice. Newer versions of the device should feature microSIM slots according to the company’s website claims so do make sure which slot you’re getting before buying.

To check, you’ll need to pop open the rear cover. There’s a microSD card slot lurking beneath too, alongside the removable battery; so if you happen to ruin it in an impromptu dip in the pool, you can swap it out. Good stuff Hisense.

As for the cameras? There’s a 13MP snapper at the rear with a dedicated flash, while a 5MP front camera pulls selfie duty. The usual wireless comms are available too, including WiFi 802.11 n, LTE and GPS. There’s no NFC unfortunately, but Bluetooth 4.0 does feature.

On paper, it’s a good show. But how does it translate into real world performance? 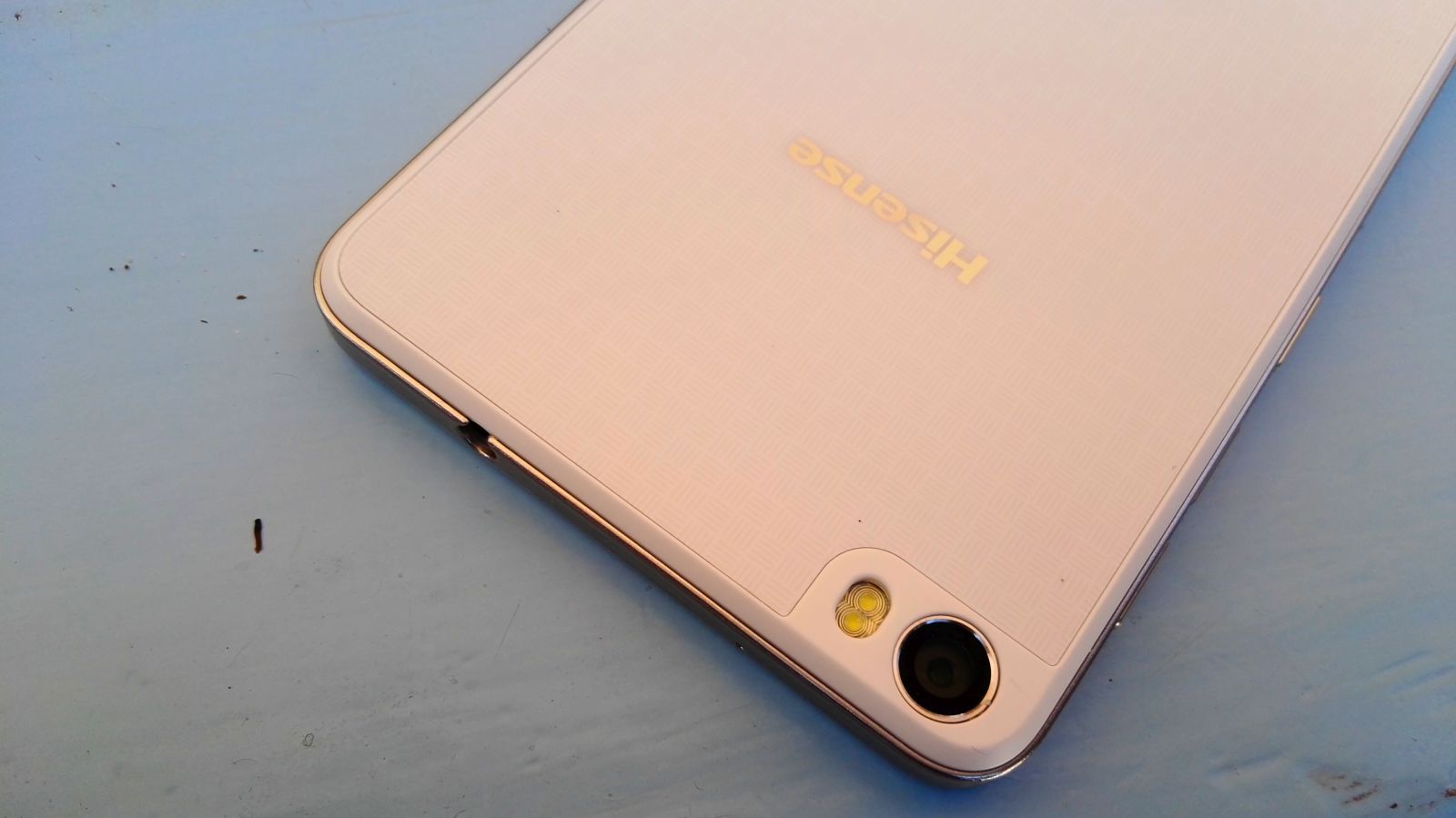 For one, it’s not a slow device by any means. Running Antutu’s benchmark suite spat out a score close to 35 000, which is usually only reserved for lower flagship devices, but that’s largely thanks to the abundance of cores, not the 1.36GHz clock speed.

There’s a bit of lag when navigating some UI elements, like while minimising apps to return to the home screen, or shortly after unlocking the device, but it seems to be a software issue rather than hardware.

The 2GB of RAM was always enough too, even running some more memory intensive tasks, like GFXBench. And on that note, gaming on this phone is possible, provided you stick to less intensive titles, like Angry Birds and Crossy Road.

Hisense uses its own tweaked skin on top of Android, which is aesthetically simpler but remains functional. I did enjoy the opened apps page, which allows users to clear all apps and free memory in one go. It’s perfect for those who don’t have masses of smartphone experience.

The cameras also pull their weight, just about. The 13MP rear camera isn’t the best at this price range that I’ve used (that award goes to the Xiaomi Mi 4), but it will serve well for casual encounters. Bright landscapes are perhaps captured best, with portraits and low light imagery suffering slightly from a less acute lens which results in grainy and noisy images. That goes for selfies too.

So it seems like Hisense missed a marketing trick here, labeling the phone with a camera glorifying title, and ultimately falling a little short. 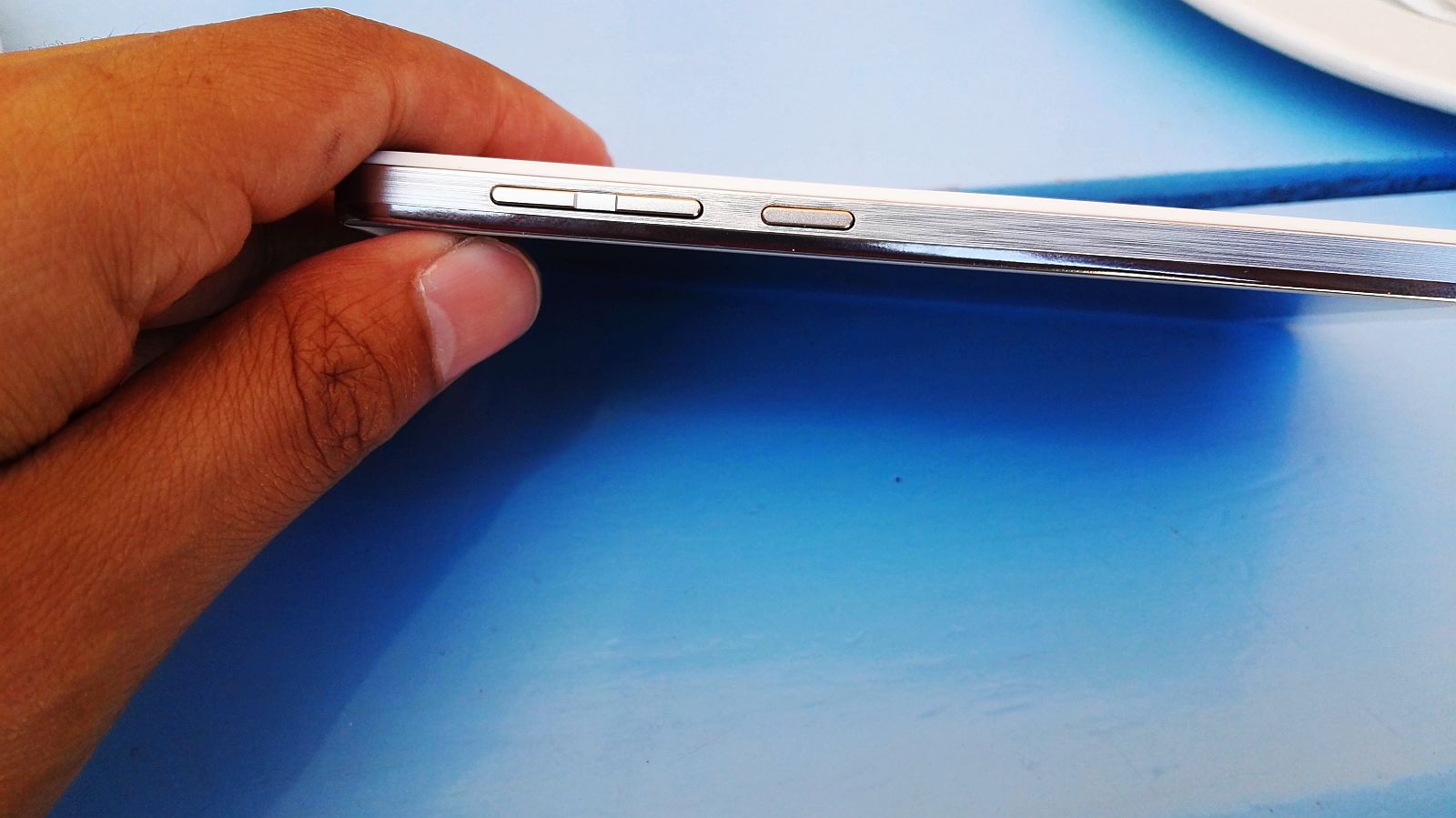 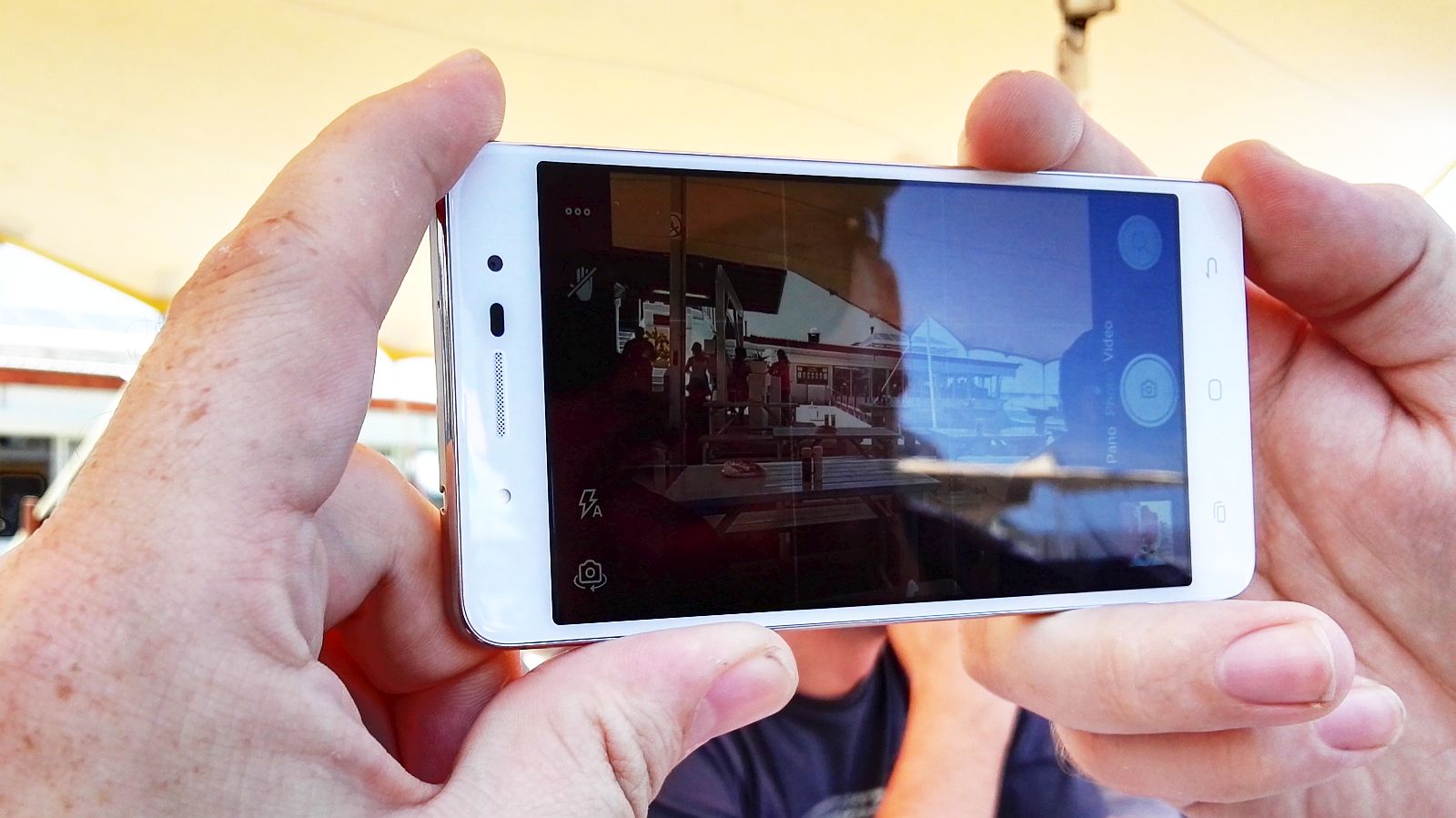 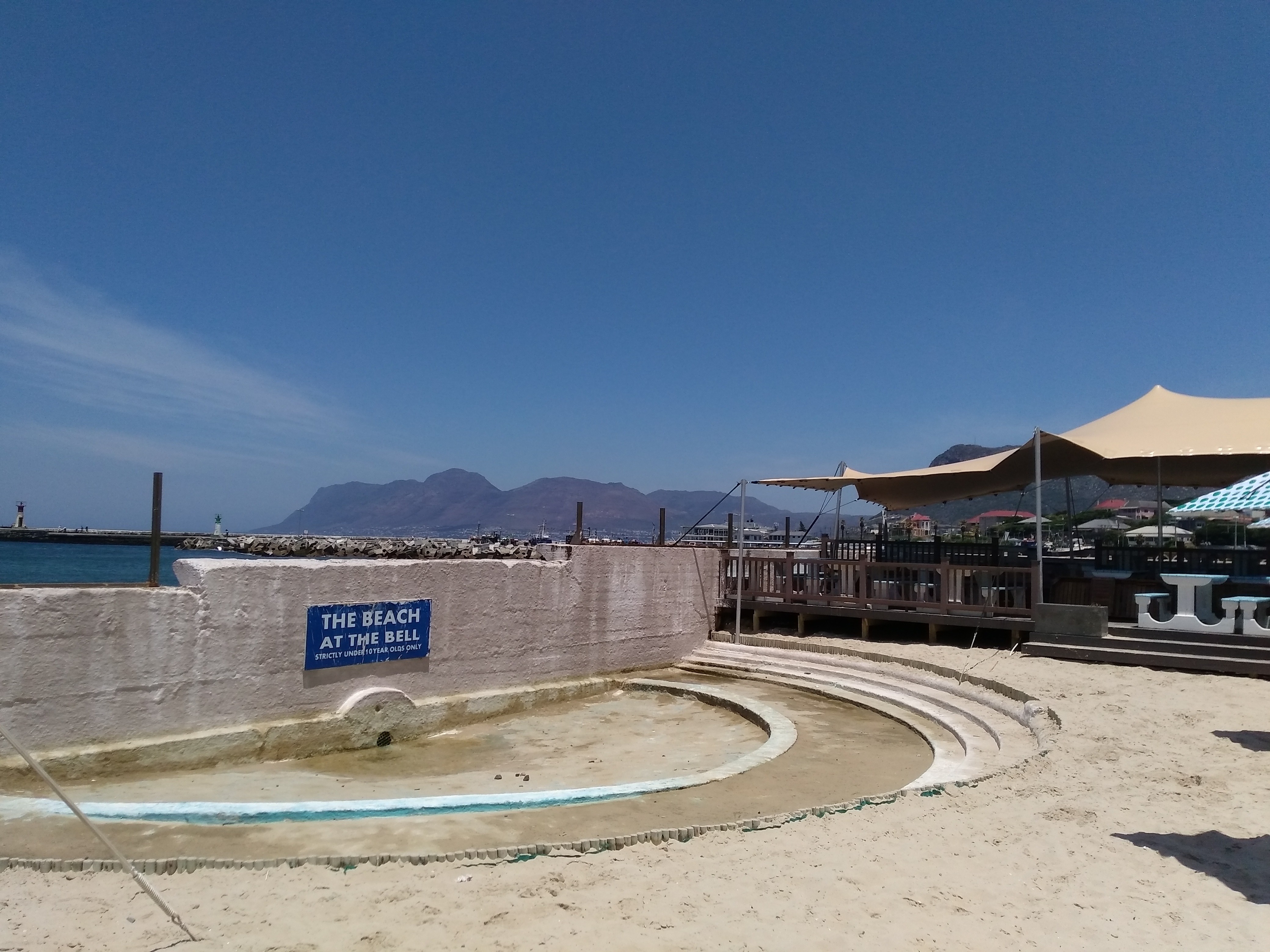 Snaps are clear in the day time, they just lack that crispness we've seen with other 13MP sensors. 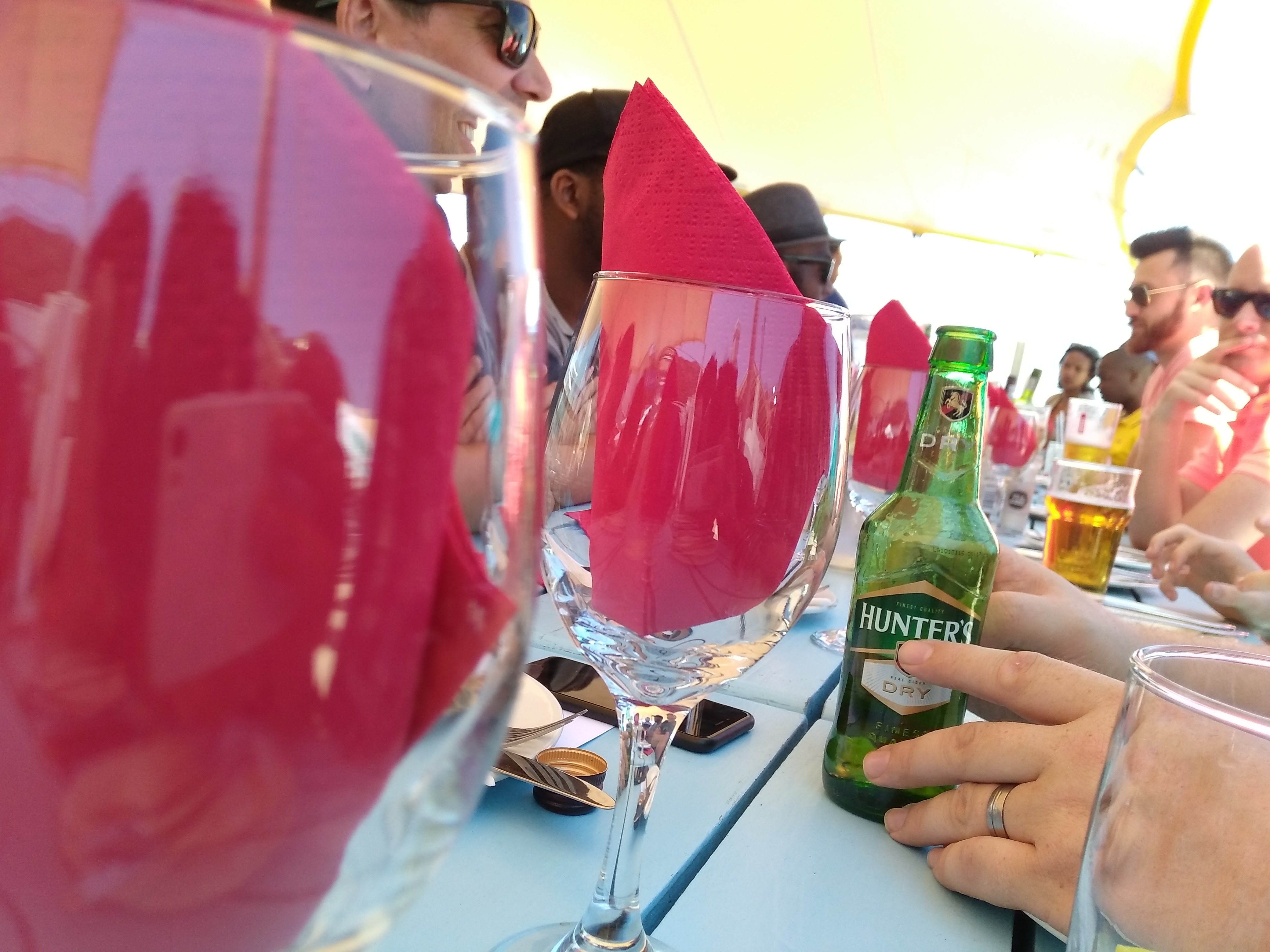 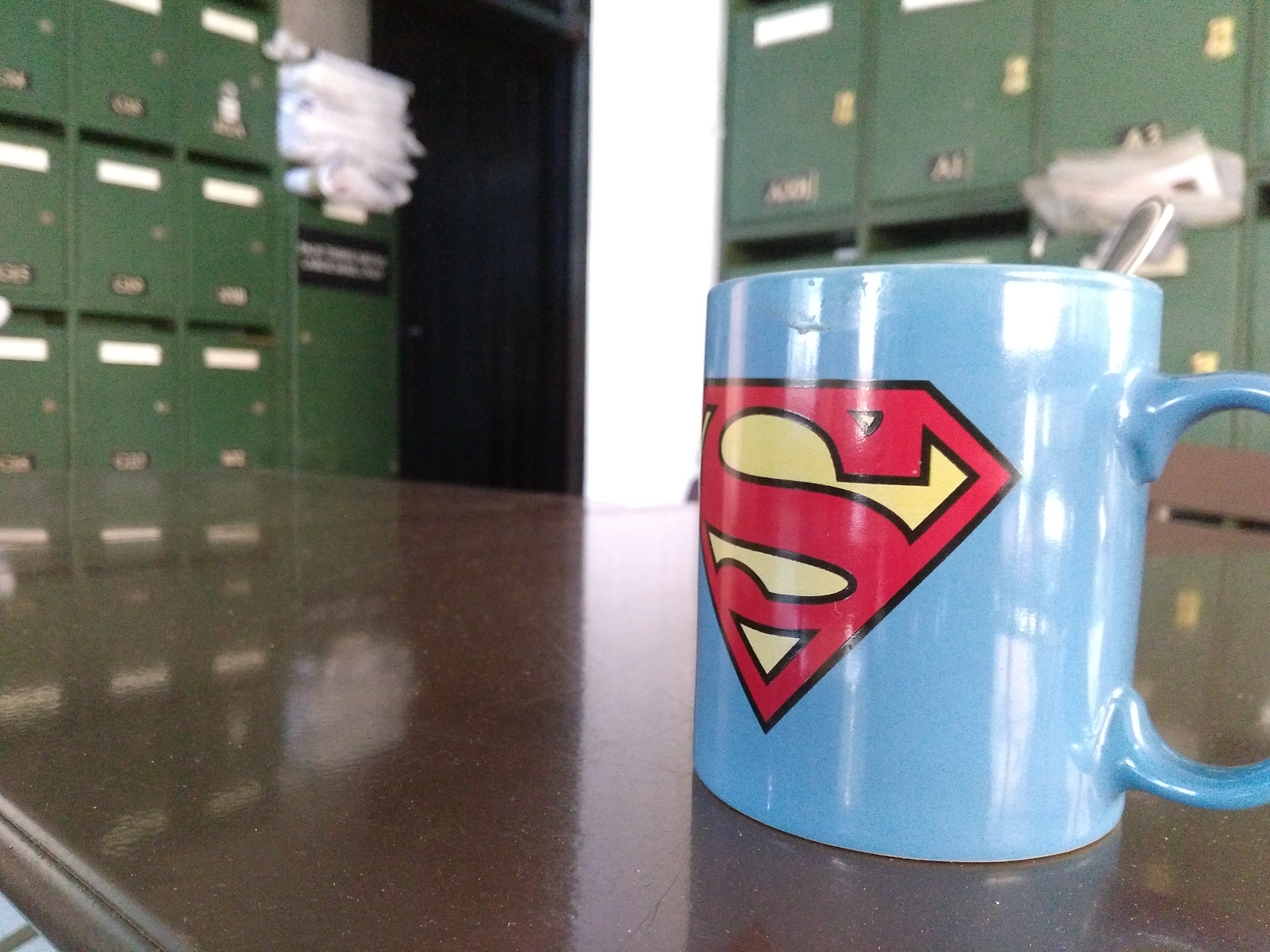 Often the camera can't quite focus on intended objects, leaving the entire picture devoid of deep colour and sharpness. 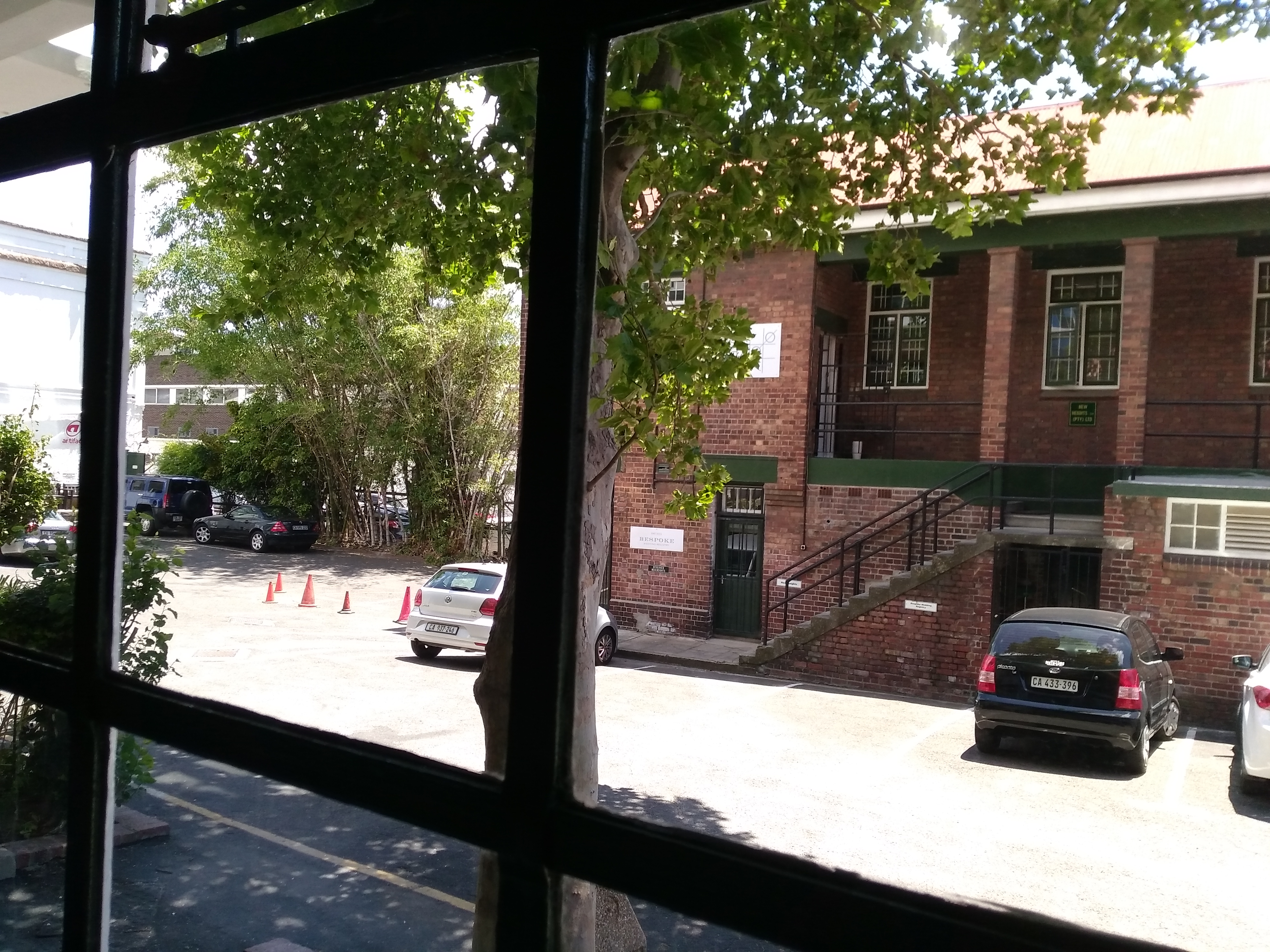 Probably the best example of what this phone's camera is capable of. It's just too far between. 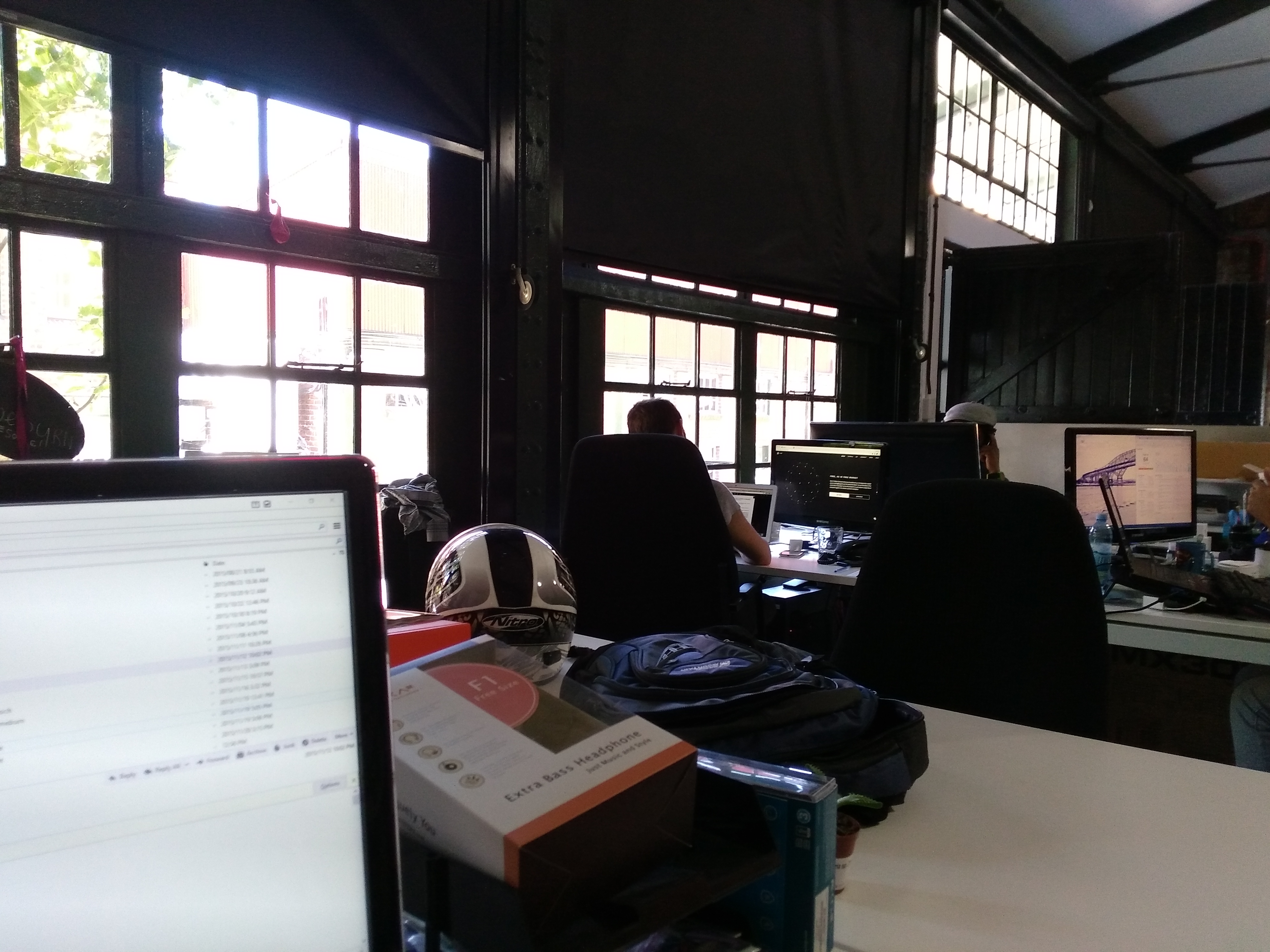 Still, it's better than many other phone cameras I've seen. Still, the marketing around the phone's camera -- notably the name -- doesn't quite ring true. 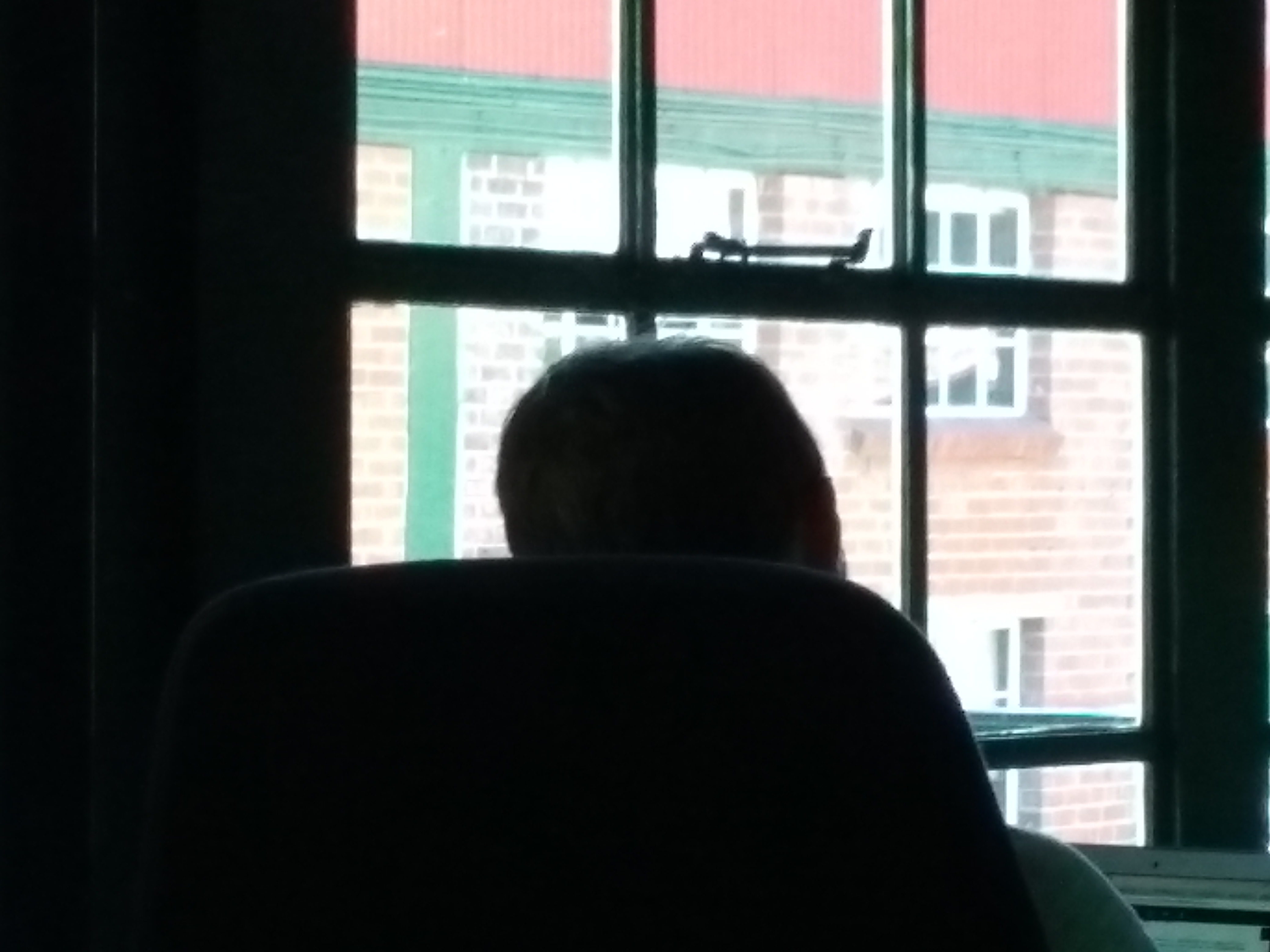 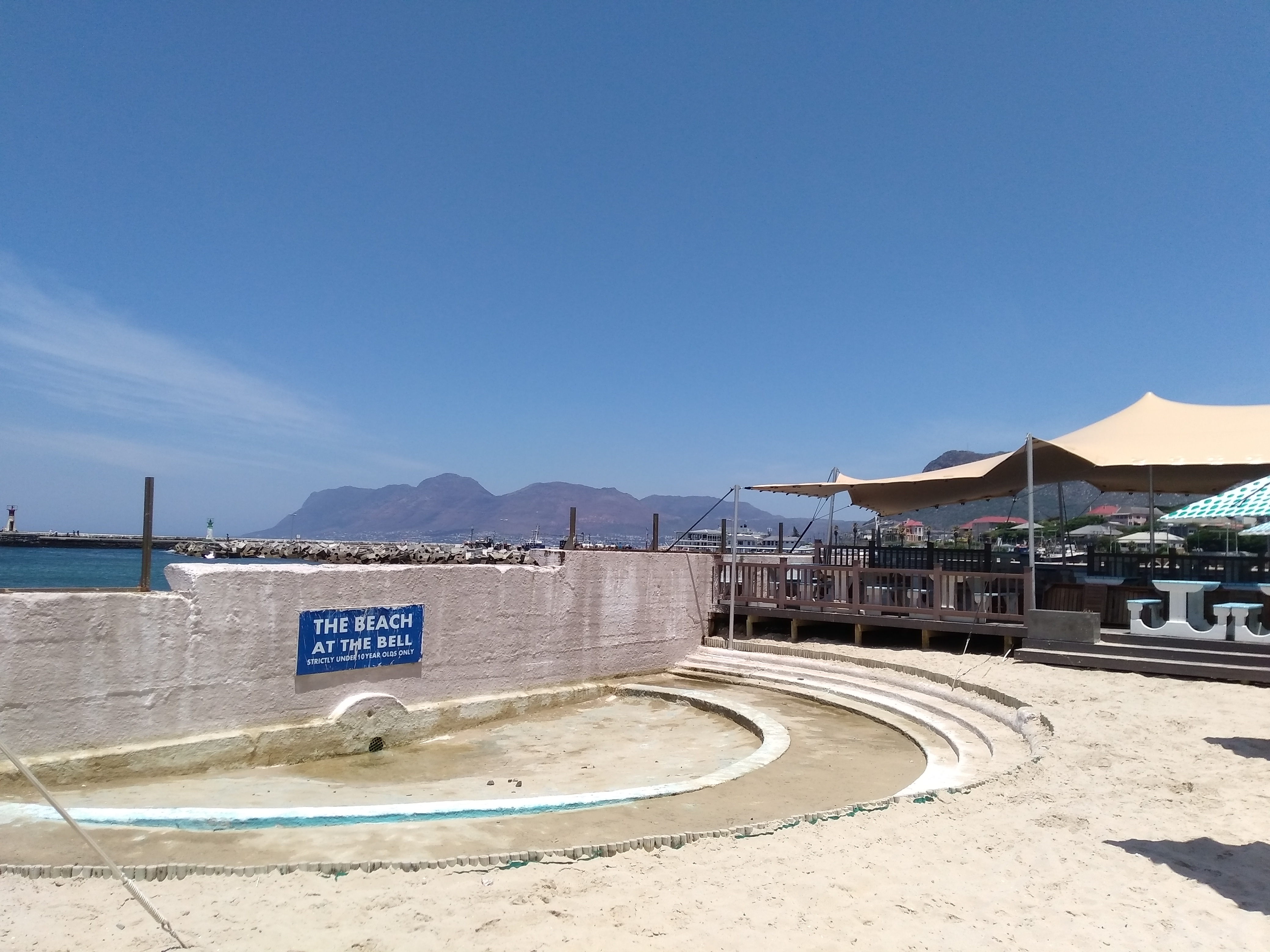 The same beach shot of Kalk Bay but without any HDR.

Still, that’s not a good enough reason to toss this device aside. Multitasking is glorious, especially thanks to those eight eager processing cores. And because the clockspeed is relatively low battery life is immense. I managed to get a consistent day-and-a-bit from the arguably small 2000mAh battery with Bluetooth and location switched on. Slap a bigger cell on this device, and we could be looking at over 30 hours between charges (hint hint, Hisense).

Practicality and ease of use

So, great multitasking and lengthened battery life means it’s the perfect life companion. It seems to do everything well or just well enough, and for me at least, using the device as a secondary phone, complimenting my LG G4, worked out extremely well. When the former died of exhaustion, the Pure Shot was always ready to pick up the pieces. Evenforgetting my G4 at home didn’t leave me wishing I had it near — the Pure Shot impressed as a primary device as well.

It fits better in a pocket than its larger friend too, but doesn’t feel less refined. There’s a distinct air of Hisense chiseling the finer details of this device on blueprints before heading to the manufacturing room. It feels planned. Measured. Astute.

Perhaps the only criticism is the awkward Hisense bundled software. I am an Android purest, and most UIs get in the way of Google’s OS, but its Hisense’s home screen that is more annoying than anything else. It adopts large interactive icon widgets, giving users an idea of remaining battery life, calendar date and time, but does feel a bit clunky for the experienced user.

Still — and this is pretty important — this phone makes for the perfect beginner smartphone. It may not be nerd-friendly, but your mom or grandmother will definitely love using it. And the fact that the styling is fairly ordinary is actually a positive in this regard.

And herein lies the big bang. It’s only R3399 at the moment, launching at around R4000, so effectively the Pure Shot is cheap for what you get. It’s only real competition is the Xiaomi Mi 4, which is arguably a flagship running much better hardware, but it’s also geared towards smartphone enthusiasts rather than beginners, while the battery life is appalling. To be totally fair, I’d rather have the Xiaomi for about R400 more. And if you’re looking to spend around a thousand less, you can get InnJoo’s rather brilliant One HD too.

So, to draw a conclusion: the Hisense Infinity H7 Pure Shot may not be a first choice for many, but it should definitely be considered in your upgrade plans.

Verdict: It might lack the polish and appeal of higher end phones, but let’s be honest, you’re barking up the wrong tree here if you’re looking for a designer phone with functionality to boot in this price range. More importantly is the simple user experience this device allows. The marketing is slightly strange for an okay camera, but beyond that, it’s a solid package that’s perhaps more overshadowed by its competition than its own abilities. 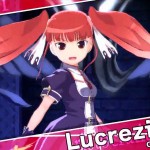