While everyone may have been at Monday’s Apple launch event to see the new 4.0-inch iPhone SE, there were other announcements — including a couple of neat updates to the Apple Watch and Apple TV.

The Apple Watch got a couple of new straps, including a new woven nylon band. More importantly though, its entry price dropped to US$299. That’ll make it a lot more enticing to people who were initially put off by the price and is bound to consolidate its position as the world’s most popular smartwatch.

Also at the event, company CEO Tim Cook announced a number of updates to the new Apple TV.

According to Coook, the new generation Apple TV is the most popular in the product’s history and now has more than 5 000 apps on its app store. One of the reasons for that success, the company points out, is the ability to use Siri with the device. The personal assistant’s capabilities within Apple TV have been increased, allowing you to search more easily with apps.

Other Apple TV announcements include the fact that folders are coming the Apple TV interface. There’s also improved dictation, including the ability to use it for user names and passwords. That’s a potentially important way of getting around the issue of on-screen keyboards, which can be serious pain to use. 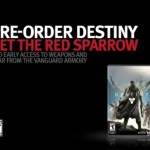