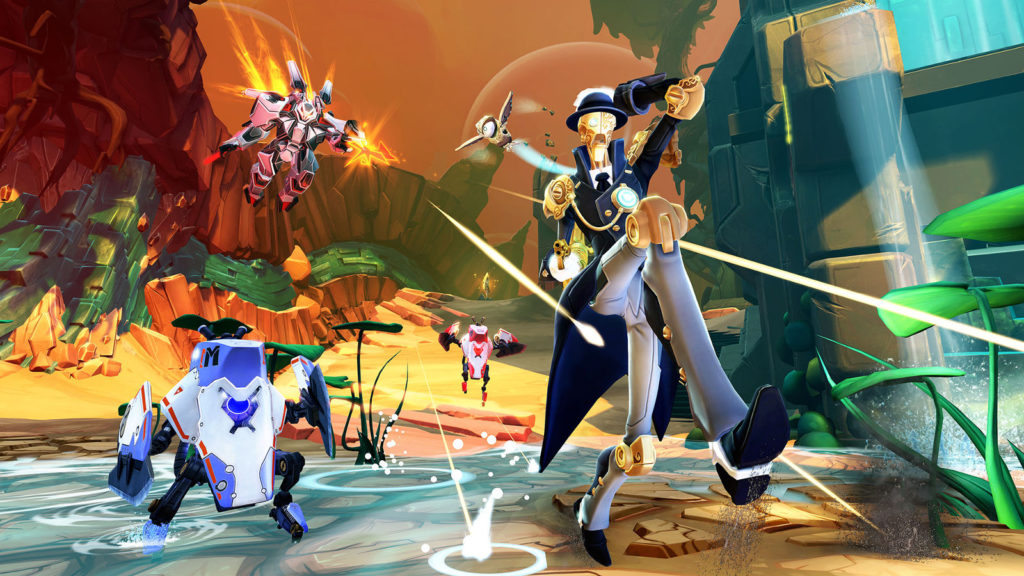 You wait for a fantasy-style online first-person shooter and two show up. Yep, May has seen both Overwatch and Battleborn launch in an attempt to win over your dosh.

Is Battleborn a reskinned Borderlands though or will it make me a believer in this FPS MOBA claptrap (heh)?

There have been some questions over just how much of that Borderlands DNA has been injected into Battleborn by Gearbox Software. And truth be told, there’s quite a bit…

There’s the cartoony graphical style, a coop story mode and visual elements to denote how much damage you’re doling out to an enemy. Then there are the short cutscenes to introduce boss characters and the silly humour. And that’s pretty much it, because once the game gets going, it’s quite unlike any other FPS you may have played.

First of all, special mention must go to the lovely anime-style cut-scenes used in the beginning and interspersed throughout the story. It really lends a high-quality feel to proceedings, making for a lovely change from traditional CG cinematics. Once the cut-scenes are over, you’ll be getting to grips with a rather unique shooter — at least when it comes to the controls at first. The left trigger isn’t really for aiming down the sights, hitting the Y/triangle button doesn’t swap out weapons, and you don’t have grenades to throw. Instead, the left trigger, some of the other shoulder buttons and the Y/triangle button are mapped to various abilities — that MOBA influence.

Yep, there’s a major class emphasis here too, eschewing a variety of guns in favour of one weapon and multiple character-specific abilities. There’s a bow-wielding character, a blade-toting guy, a Team Fortress 2-style Heavy and the usual healing character. And each has drastically different superpowers, such as area of effect abilities, overpowered projectiles, healing and the like.

These powers can also be upgraded, but unlike your typical shooter/RPG, the upgrades don’t carry over to the next stage/match though. This is both a blessing and a curse.

How much of that Borderlands DNA has been injected into Battleborn?

On the one hand, the branching upgrade tree means there’s significant scope for experimentation and replay value (you can choose one of two upgrades every time you level up). Yet on the other, it doesn’t really feel like there’s a sense of progression and upgrades rarely feel meaty… Perhaps it’s a preference thing, but I’d much rather have a drip-feed of major upgrades than a burst of mildly useful upgrades at best.

The characters all stand out in drastically different ways then, catering to individual play styles, but I often stuck to just one or two characters. The rest just felt way too ineffective, really.

Well, either the characters are too ineffective or the game’s difficulty level is rather high in the story mode. Or maybe I’m terrible… Anyway, I can’t tell whether the game adjusts enemy numbers based on player count, but I often found that a tough level was easier when played cooperatively than in single player. Although I still died quite often, regardless. Battleborn’s main drawcard compared to Overwatch is the story mode, and I’d recommend that you go solo at first because cooperative playthroughs don’t progress in a linear fashion.

Instead, players vote on a level to play, finish the level, then get booted back to the homescreen once the playthrough is complete. It makes sense if you’ve completed the game already, but the ability to play through the entire story (or from a certain point onwards) with others would’ve been a welcome option.

Still, the story mode, while only packing eight chapters (lasting about an hour each at the very least), is mostly entertaining. You’ll pretty much be doing variations of protection missions, killing waves of enemies, taking out bosses or joining your buddies to activate something by standing on pads. But you’ll have a lot of fun anyway, especially if you’re playing with friends.

In saying so, the story mode isn’t perfect, as there is a clear lack of polish that pops up now and again. I fell off the side of a staircase on one solo mission, but instead of merely walking through the nook below, my character got partially stuck there for several seconds, while enemies tossed grenades and opened fire on me. I also realised that there seemed to be “lag”, for lack of a better term, in the solo missions. Enemies sometimes took a half a second or more to die after landing the killing shot and the game stuttered when I was being chased. The latter was almost as if I were being hit and the enemy’s blows were keeping me from running properly, but the hit indicator wasn’t showing up and the enemies didn’t seem too close. Very very weird.

Once you’ve worked your way through the story mode though, you’ve got the PvP multiplayer suite to tackle, with three main modes on offer.

There are Capture maps (capturing the enemy’s assets while protecting your own), Incursion maps (pushing through enemy lines to destroy their sentries) and Meltdown maps (prevent your own demise by sacrificing minions in Magnus’ name). In a lovely touch, the game delivers an “estimated wait time” alert too, although it’s pretty vague, really.

Most of these games take at least 15 or 20 minutes to complete, so those wanting a quick match are out of luck. It really would’ve made sense to feature customisable time/score limits then, as you’ll inevitably experience drawn out matches that overstay their welcome. No wonder people are quick to call for a surrender vote…

In fact, another thing that would’ve made Battleborn’s multiplayer suite more palatable would be the introduction of a team deathmatch mode. No need to worry about sentries, minions or capturing property. As someone who doesn’t particularly care for online multiplayer gaming to begin with, I wasn’t expecting to have a ton of fun with the PvP suite, but matches feel too long-winded and convoluted to be enjoyable. I much prefer the cooperative story mode or going solo, despite the difficulty.

Anyway, there are quite a few unlockable characters to be had, so there are incentives to work your way through if you must.

Verdict: Battleborn is an interesting attempt at creating something new in the FPS space, so if you’ve got a group of friends playing regularly or live for multiplayer action, you’ll want to check it out. For everyone else, the drawn out PvP matches, difficulty spikes in the story and general lack of polish means that you’re really not missing out on anything. Wait for a sale if you absolutely have to. 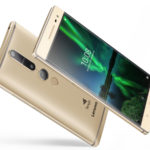