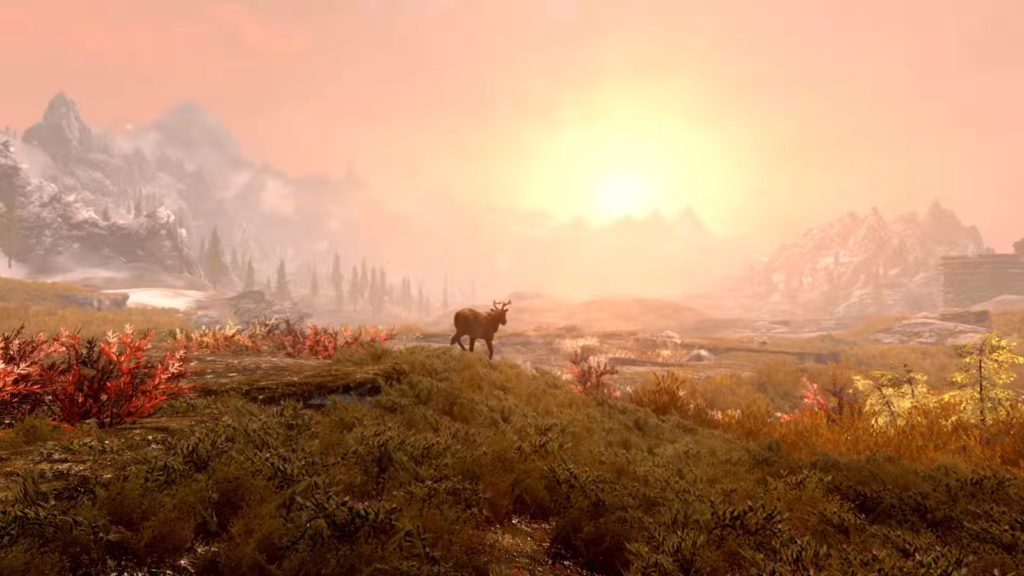 Update: Added DOOM and Wolfenstein information, along with links to relevant articles.

Bethesda is one of the first companies to kick off E3 once again, usually delivering some welcome reveals and trailers.

So what did the AAA publisher show us this year?

Elder Scrolls is back…

Well, for starters, rumours of a remastered Elder Scrolls V: Skyrim were true, as the publisher revealed Skyrim: Special Edition for Xbox One and PS4 (skip to 3:05 for trailer).

PC gamer? Then don’t despair, as you’ll be getting the update for free if you own all the downloadable content.

Is this going to be a mere resolution upgrade compared to the original? Well, actually not.

“The Special Edition includes the game and add-ons with all-new features like remastered art and effects, volumetric god rays, dynamic depth of field, screen-space reflections and more,” the publisher explained in a news post.

“Skyrim Special Edition also brings the full power of PC mods to consoles. New quests, environments, characters, dialogue, armor, weapons and more — with mods, there are no limits to what you can experience.”

Skyrim: Special Edition is set for a 28 October release – get more details here.

Following the critical reception to the Doom reboot, it’s only fair to assume that id Software would do the same for Quake.

“Running at an impressive 120hz with unlocked framerates, id Software’s new multiplayer shooter is getting ready to take PC gaming by storm once more,” the publisher said, adding that each character on the roster would have their own abilities.

“Following its launch, Quake Champions will be supported at eSports tournaments around the world, including the annual QuakeCon, which takes place in Dallas,” id Software and Bethesda confirmed.

The publisher also announced a new game in the Prey franchise, being a reimagined title by Arkane Studios.

Playing as a test subject aboard a space station taken over by aliens, the developers are claiming “an added psychological twist” to this sci-fi action title.

“You’ll have to rely on the tools you find on the station — along with your wits, weapons and mind-bending abilities — to combat the growing threat and, hopefully, survive.”

For starters, the game moves away from the grimy industrial city of Dunwall to the Mediterranean-inspired Karnaca.

We also learnt more about the plot, which takes place 15 years after the events of the first game.

“Now 25, Emily is no longer the innocent child from the first game, but a powerful figure who rules the Empire. And Corvo, having restored his daughter to the throne, once again serves as the Royal Protector. On the anniversary of the death of Emily’s mother (and Corvo’s lover) Jessamine Kaldwin, an otherworldly usurper seizes the throne, leaving the fate of the Empire hanging in the balance.”

As was previously revealed, players can choose to play as either Corvo or Emily.

New powers were also touched on, such as Domino (linking enemies together so they share the same fate), a mesmerise power to entrance onlookers (thus providing a distraction), Shadow Walk (to sneak towards a target) and Far Reach (allowing you to steal distant objects and eventually yank enemies to you).

Dishonored 2 is set for a 11 November release on PC, PS4 and Xbox One.

This DLC will allow you to build intricate gadgets (such as conveyor belts, scaffolding kits and more) with scrap.

Nuka-World is the biggest bit of Fallout 4 DLC though, being an all-new region to explore and taking place in an amusement park. Nuka-World will also deliver new quests, enemies and weapons when it launches in August.

In a rather interesting bit of news, Bethesda also announced that Fallout 4 was coming to VR headsets in the next 12 months.

“We think that VR is the perfect fit for truly immersive games like our massive open-world RPGs,” the publisher’s Pete Hines said.

“If you thought Survival Mode was an intense Fallout experience… you ain’t seen nothing yet,” he added.

Doom has also received a slew of updates, mainly targeted at the multiplayer experience.

Doom wasn’t the only classic property to possibly get some attention during Bethesda’s presentation, as a new Wolfenstein game may have also been teased. 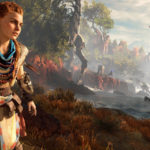