If there’s been one major complaint from Apple and Google fans alike, it’s that the entry-level iPhone lacks storage space.

Although 16GB of storage was considered relatively sufficient several years ago, the era of huge apps and high-quality video means that users run out of space in no time flat.

In fact, a 16GB iPhone 6s will run out of space after 30 minutes of 4K video recording.

It doesn’t help that, unlike many Android phones, iPhones lack microSD slots. So you’re pretty much stuck with 16GBs for the life of the phone. Yes yes, there are cloud storage services, but these are reliant on large mobile/fixed-line caps and fast speeds to be of any use.

So we’re encouraged by a new Wall Street Journal report claiming that 16GB iPhones will no longer be the entry-level option.

The report, citing “a person familiar with Apple’s iPhone plans”, claims that Apple will have a 32GB model as the cheapest variant.

It wouldn’t be the first time that the Cupertino firm ups the storage of its entry-level handsets though. The company’s last upgrade saw it going from 8GB of storage in the iPhone 4s to 16GB in the iPhone 5.

That didn’t stop Apple from introducing an 8GB iPhone 5c though, ostensibly a half-baked attempt to offer a mid-range smartphone. 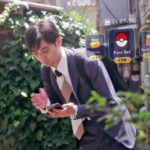